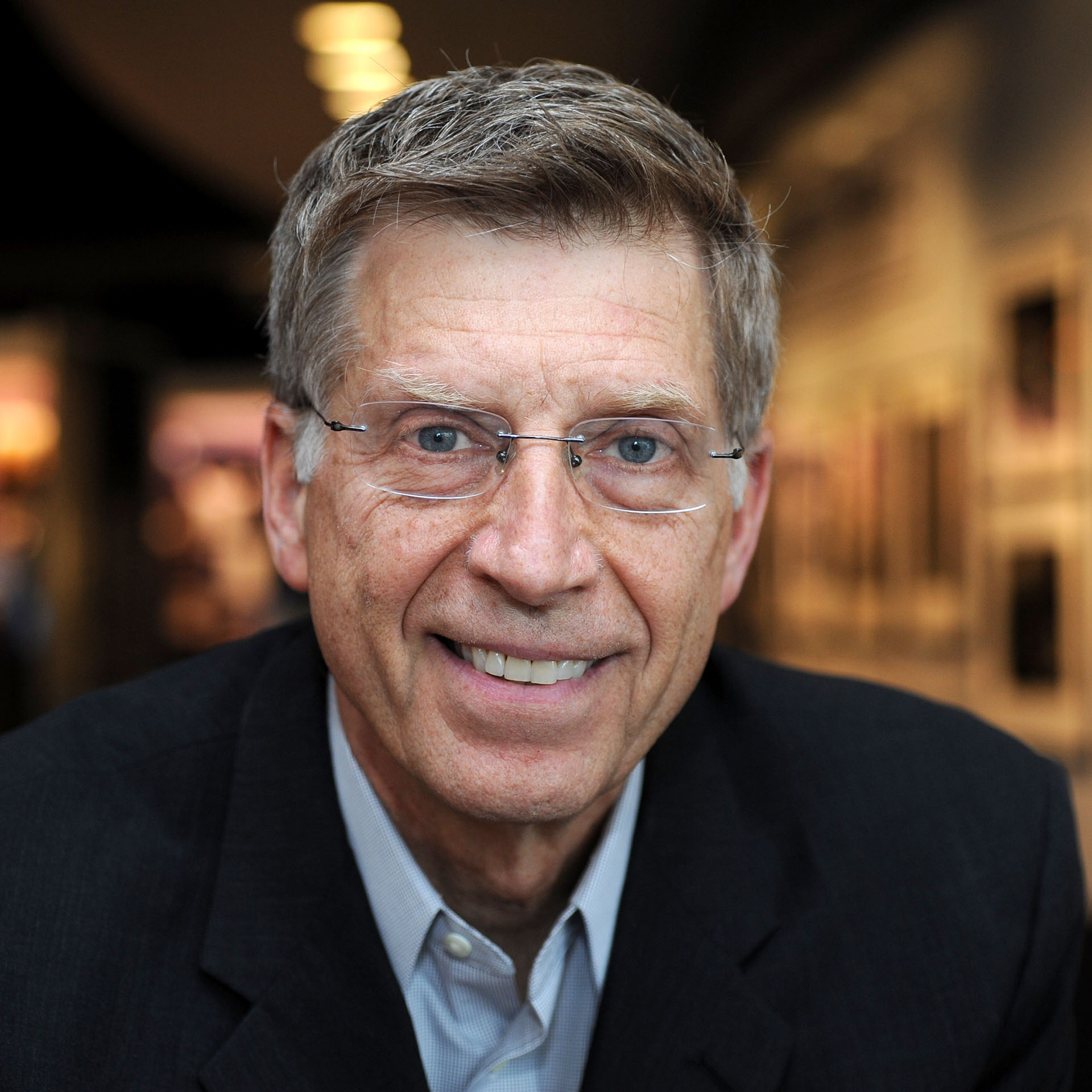 Director of Popular Music and Performing Arts since 2017. Teaches classes on the music business and American music history.

Artistic Curator and host of the College of Liberal Arts’ American Strings Series. Also hosts the OSU Album Club, and created and co-facilitates Songwriters in the Round with OSU Assistant Professor Dana Reason.

Author of more than a dozen books on American music.

If you’ve attended or watched a few of the College of Liberal Arts’ American Strings programs and heard Oregon State’s Director of Popular Music and Performing Arts Bob Santelli interview the guests, you might have noticed a name that comes up time and time again in Santelli’s interviews: Woody Guthrie.

Guthrie, a poet, writer, folk musician, activist and troubadour, was born in 1912 and died more than 50 years ago. So why is it that Santelli and the artists he’s interviewed -- from Bill Frisell, to Tom Paxton to Ani DiFranco -- are still talking about Woody Guthrie today?

Santelli admits it’s partially because he’s the artistic curator of American Strings and a huge Woody Guthrie fan who knows a lot of other Woody Guthrie fans. But it’s also because it’s difficult for any successful singer-songwriter not to have been influenced by Guthrie’s work. As one of America’s greatest storytellers and folk musicians, Woody Guthrie had an incredible ability to take notes about his observations and experiences, get short stories down on paper, and make them into songs. He is also an American legend of social justice music-making who set a high bar for generations to come. Santelli says that Guthrie’s influence runs across many genres of music.

“Even hip-hop artists such as Jay-Z talk of being influenced by Woody Guthrie’s work,” Santelli said.

Santelli and Nora Guthrie have been partners on documenting Woody’s life for more than 25 years. They met when Santelli was a freelance writer, mostly covering stories about rock and rock history. A close friend of the Guthrie family, Harold Leventhal, asked Santelli to organize and curate all of the artwork and papers the family had collected and stored from Woody Guthrie’s life, in preparation for the very first book on Guthrie’s writings and work.

At that time Santelli was living in New Jersey and he picked up much of the collection from Leventhal in grocery bags via multiple trips on the subway. In one of those grocery bags Santelli found the original copy of Woody’s iconic American folk song, “This Land is Your Land.”

The archive that Santelli organized for Harold Leventhal was used as the source material for a book called, “Pastures of Plenty: A Self-Portrait,” by Woody Guthrie and Dave Marsh (Harper Collins, 1990). It also provided material for the exhibits that would become the Woody Guthrie Center, in Tulsa, Oklahoma.

“It’s really remarkable the collection even existed,” Santelli said. “Woody was known for being a disheveled wanderer. He rarely stayed at home with his family. He traveled the country and documented his experiences. But somehow all of it got back to his second wife, Marjorie, and she knew it was going to be important. She collected it and stored it and that’s why the family had it.” Santelli said.

As the years went by, Santelli held positions as vice president of education and public programs for the Rock and Roll Hall of Fame and CEO/artistic director at Experience Music Project in Seattle, and eventually landed in Los Angeles, where he was curator of The GRAMMY Museum. All the while, he and Nora continued to collaborate on projects around Woody’s history.

In 2012 they curated a Woody Guthrie Centennial project for the GRAMMY Museum, which included workshops for educators, concerts, and a major performance at the Kennedy Center in Washington, D.C. that resulted in a DVD and CD release from Sony Records.

The exhibit, curated by Santelli, Guthrie, and the curatorial teams at the Woody Guthrie Center in Tulsa, Oklahoma and the Morgan Library, will showcase many of the lyrics, drawings, letters and poems featured in the book. It will also mark only the second time the lyrics to Guthrie’s most famous song, “This Land Is Your Land” will be on display in New York.

“For most of my professional life I’ve had this incredibly personal relationship with Woody Guthrie, and both the exhibit and the book are proof of this.” Santelli said.

Did he ever have the chance to meet Woody Guthrie in person? Unfortunately, Santelli says, he did not. Guthrie died in 1967 at age 55, after being ill for many years with Huntington Disease.