Bobby Harris: From Student to Fluent 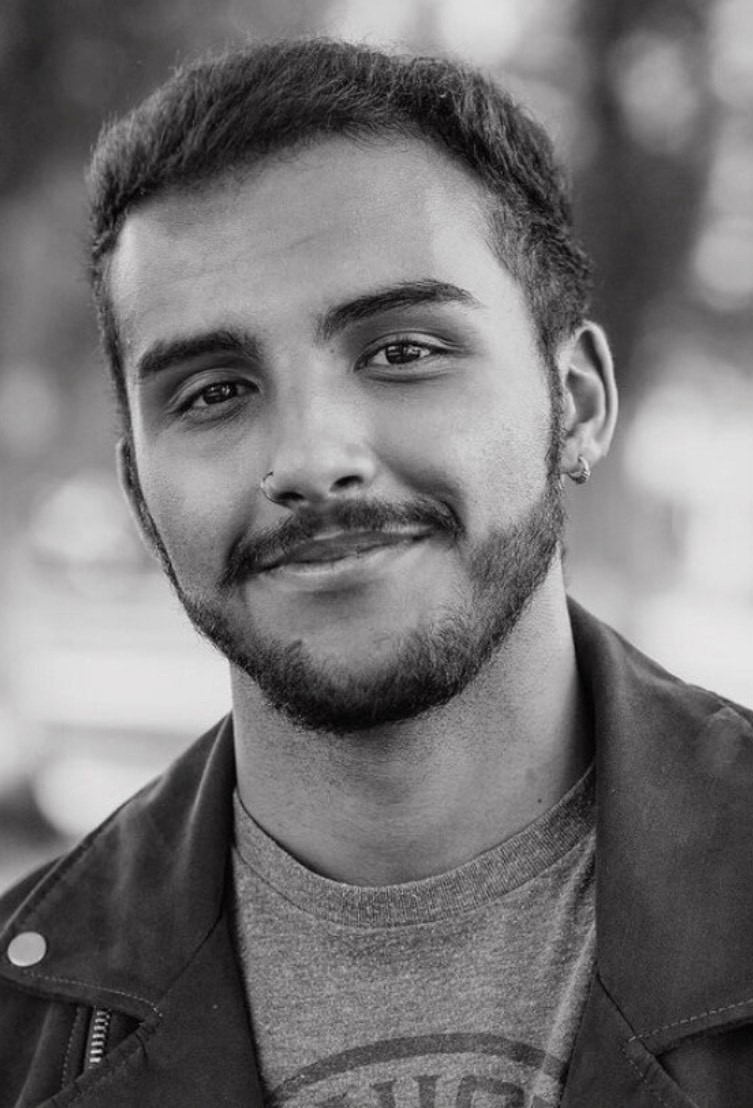 Future Plans: Moving to Arizona after graduation and working remote, full-time, for MailChimp

Fun Fact: Bobby can write with both hands

Prospective and current students alike have a tendency here at Oregon State University to become drawn to our renowned STEM areas of study. Even for Bobby Harris, a prodigious multimedia producer, this attraction was strong and true; but not as strong as his passion for the arts.

Harris, who studies music technology and production at OSU, is graduating this June with some clout. He’s already landed a job doing digital media production with one of the world’s leading marketing and automation platforms, and at the time he interviewed for this article, was working six (!) freelance gigs doing work that touches all of the bases in digital content creation.

But before he committed his academic pursuit to his knack for music and design, he was studying biological science at OSU–marine biology to be exact.

“I still like everything that is biology, like marine biology and zoology, but the chemistry just wasn’t for me. I just could not grasp a lot of the things in ‘o-chem’ and stuff,” Harris said.

He had already been making music and doing audio production for years when he talked to one of the head advisors of the MTP program and decided to make the switch.

Since that decision, Harris has managed to outdo himself, garnering some impressive accolades for his work in music production, design and technology. He’s done production work for brands like REI Co-Op and won awards for his production with Locals Live, an Orange Media Network TV program that promotes local bands. He’s interned with National Geographic’s former editor-in-chief Chris Johns, where he carried out a documentarian photography project focusing on minorities in music production.

Harris uses the website he created as not only a portfolio of his work, but as a way to promote local BIPOC artists and showcase some of his graphic design skill while doing so.

“I promote different local artists in the Corvallis area, their music, mostly… I try to promote a lot of queer people of color, just because I think in music that’s the most underrepresented group of artists, especially in our area,” he said.

Harris knew that to get a job that actually paid him, he’d have to be passionately involved with what he was doing–and that wasn’t organic chemistry. He also knew that he’d have to learn how to do everything in digital media production in order to land a job in that field. Audio production, photography, graphic design, animation and editing with video software, are all skills he made sure he was proficient at, rather than focusing on just one or two particular skills related to his degree program.

Music technologists in today’s industry, according to Dr. Jason Fick, must possess that kind of diverse skillset in order to succeed in the gig-economy. Fick is the coordinator of the music technology and production program at OSU, whom Harris has studied with since he joined the MTP program in 2019. When asked what sets students like Harris apart from others, his answer was simple: the drive to succeed. Fick said Harris puts in the work, learns the skills practices them, and is highly motivated to deliver quality in the products of his work.

“When Bobby joined our area, it was clear he was a talented songwriter and singer,” Fick said. “While he has developed those skills further over the past three years, it is even more impressive to see the development of his media production skills. His editing, mixing, and mastering technique have become extremely impressive and will serve him well in the industry. Furthermore, he has developed savvy entrepreneurship skills that include a mastery of graphics, video, photography, and business skills.”

“Bobby has served as a lead on dozens of media projects,” Fick said. “Notable examples would be lead producer for the campus-wide 2021 and 2022 MTP Album projects; camp counselor for our youth summer camp; editor of several livestreams and virtual ensemble recordings; lead technician for the six studios in the MTP area; and concert preparation and graphics lead for Diffusions, our term-end concert series. Honestly, this is just scratching the surface as he has done so much more.”

Students who are interested in music and production can expect to gain experience in the many facets of music and media technology at OSU’s MTP department. The program offers the study of composition, music production, music business, performance, and media production, according to Dr. Fick.

“I think the best thing about my major is that it allows for so much personal creativity… I can often try new things and develop new ways to make things sound cool, or that I think are cool,” Harris said. “And I think that’s the most important thing in all of the mediums I work in, originality, especially in an industry where everybody is trying to get a job that I like.”