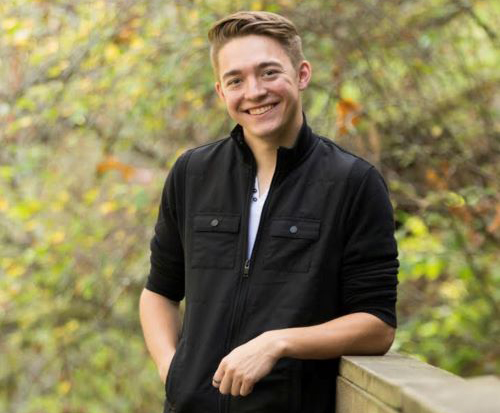 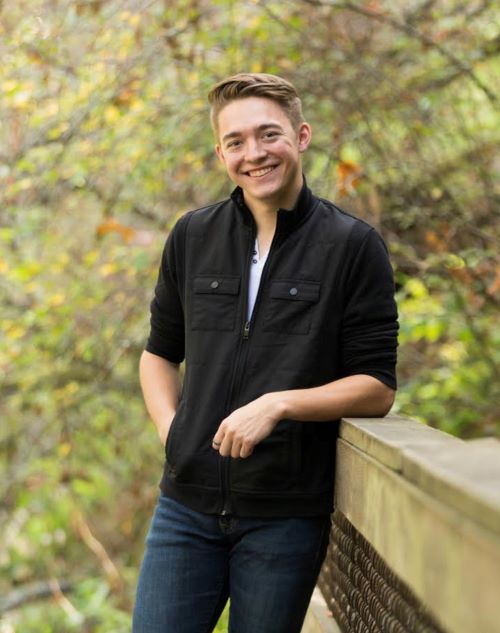 Hobbies: Cooking, being outdoors in the Pacific Northwest, and caring about Future Jax

Future Plans:: After finishing as a finalist for the competitive Truman Scholarship, Jax realized the limitless potential there is to do meaningful work that he cares about: positively changing the child welfare and education systems. Graduate or PhD studies to be determined.

Fun Fact: Has a pet turtle who he named in honor of Ruth Bader Ginsberg

In a world more socially connected than at any other moment in history, the importance of collaborative, diverse and interdisciplinary approaches to solving problems has become increasingly valued. Jax Richards is a student at Oregon State University who recognized that very early.

OSU’s campus culture inherently encourages students in the College of Liberal Arts, the second most populated college on campus, to communicate and make connections with students from other seemingly distant fields.

“I very much view having a STEM association or being able to understand STEM as a liberal arts student is critical,” said Richards, who’s a quintuple major, four of which are liberal arts areas: public policy, communication, political science and economics. The fifth, sustainability.

“That interdisciplinary kind of conversation and connection is absolutely vital to almost anything that you would meaningfully want to engage in, in liberal arts,” said Richards.

Richards takes an innovative and big picture approach to being an undergraduate student – the kind of approach that is poised to set him up with the knowledge, connections and confidence to move forward and contribute meaningful work to the world. One of the more insidious problems Richards sees with the current state of society lies in a lack of clear communication by academics across disciplines and to the public in general. Hence his decision to revolve his academic pursuits around the pillar of communication.

One way he’s managed to do this is through activism and advocacy. In 2019, the same year Richards graduated from high school, he started a 501c3 nonprofit called “Safeguard Youth,” with a mission to enact long-term and meaningful change in Oregon’s child welfare system.

“I really want to be the kind of person I needed when I was younger,” he explained. Richards grew up in Beaverton, Oregon, during a period of rapid gentrification and is one of 18 million youth in the United States who was raised in a single parent household. That’s more than 23 percent of all U.S. children, according to the U.S. Census Bureau.

Both despite and because of these kinds of odds, Richards has managed to stand out among the crowd of young academics at OSU and in the global community. As if quadruple-majoring wasn’t hard enough, he’s worked with U.S. representative Peter DeFazio, with numerous nonprofits including Amnesty International, and had the chance to represent OSU at the United Nations Climate Change Conference in Glasgow (aka COP26) late last year.

“He’s not afraid to keep himself busy,” explained Shaurya Gaur, a friend and colleague of Richards’ who studies computer science, and who worked alongside him to help organize TEDx Corvallis—a project that came very near completion before the pandemic cut it short.

“(Jax) not only gives the most energy he can to everything he’s working on—what he does he genuinely just cares about—and he’s also just a good friend,” said Gaur. “It’s nice to have somebody who’s not only a good communicator, but who’s going to bring his best to the work.”

Not everyone wants as busy a schedule as Richards, but to him, that kind of fullness is what keeps his scale balanced.

Between managing knowledge flowing from five adjacently related areas of study, navigating a workload of commitments outside of mere coursework, and planning his approach to a future reforming child education, Richards says that a balanced life comes from within the task management itself.

“This is gonna sound really odd, but for me [balance] is about thinking ahead about your future care. For me, it’s always been really hard to take time for myself,” said Richards.

“Taking time for yourself is super critical. And, you know, that manifests in different ways for different people.”

At OSU, Jax has surrounded himself with a social sphere representing a variety of disciplines on campus. According to Jax, social life and community are a huge part of what broadens his learning experience.

“I get a lot of my energy from socialization. Regardless of how busy my day is, I always try to take half an hour, an hour, two hours to just, like, hang out with friends. Even if we’re all just reading silently, it’s the energy of having people I care about and people that care about me kind of just taking a minute.”

Richards has created a meaningful involvement with his community in the College of Liberal Arts and further beyond, by surrounding himself with friends and colleagues who come from all over STEM and liberal arts fields. For Jax, finding a way to encourage that interdisciplinary conversation just might be the key to solving the problems facing his world.