Home » Spring Creek Project » About Us 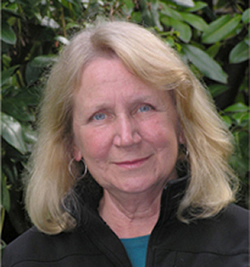 Kathleen Dean Moore is Distinguished Professor of Philosophy and co-founder and Senior Fellow of the Spring Creek Project for Ideas, Nature, and the Written Word. An environmental philosopher, Moore writes about moral, spiritual, and cultural relationships to the natural world. Her recent award-winning edited volume,Moral Ground: Ethical Action for a Planet in Peril, addresses the question, Do we have a moral obligation to the future to leave a world as rich in possibilities as the world we inherited? Her current work applies ecological concepts to the challenges of making a powerful moral response to our environmental emergencies: If we truly understood that we live in complete dependence on an Earth that is interconnected, interdependent, finite, and resilient, could we imagine a better set of ideas about our moral responsibilities to one another, to the Earth, and to the future?

Moore is especially interested in the role of narrative in the discourse of environmental ethics. She is the author of books of nature essays -- Wild Comfort, Holdfast, Riverwalking, and The Pine Island Paradox, winner of the Oregon Book Award. She is co-editor of How It Is: The Native American Philosophy of V. F. Cordova and Rachel Carson: Legacy and Challenge.

Deeply committed to engaged philosophy (which is to say, philosophy that contributes to the public discourse about critical issues of our time), Moore often writes beyond philosophical audiences in professional journals such as The Journal of Forestry, Frontiers in Ecology, and Environmental Ethics; and in popular journals such as Discover, Audubon, the North American Review, and Orion, where she serves on the Board of Directors. She speaks widely in public venues and on radio, including a recent conversation on climate ethics for NPR’s “Philosophy Talk.” At Oregon State, Moore teaches philosophical and interdisciplinary courses about the place of humans in the natural world.  Several of these are field courses, taking students to the high Cascades for intensive study. Off-campus, in a variety of landscapes from interior Alaska to the Apostle Islands, Moore teaches the art of the nature essay. For more information visit Kathleen's website.

Charles Goodrich is the former director of the Spring Creek Project. He retired from that role in 2017. He is the author of two volumes of poems, Insects of South Corvallis and Going To Seed: Dispatches from the Garden, and a collection of essays about nature, parenting, and building his own house, The Practice of Home. Charles has also edited two anthologies, Let Us Drink to the River: Poems for the Willamette River and T'cha teemanwi: Poems for Marys Peak. His essays and poetry have appeared in many magazines, including Orion, Open Spaces, Willow Springs, Zyzzyva, The Sun, and Best Essays Northwest, and a number of his poems have been read frequently by Garrison Keillor on the National Public Radio program “The Writer’s Almanac.”

Widely sought as a speaker and workshop leader, Goodrich worked for 25 years as a professional gardener, and in his writing and teaching he still looks to the garden as a model for interacting with nature. Goodrich has an MFA in creative writing from Oregon State University. He lives with his family near the confluence of the Marys and Willamette Rivers in south Corvallis. Visit his website for more information. 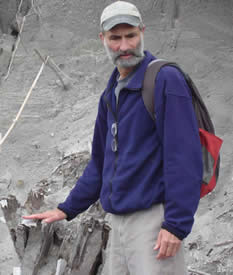 Fred Swanson is an Emeritus Scientist with the Pacific Northwest Research Station of the US Forest Service and Professor (courtesy) in the Departments of Forest Ecosystems and Society and of Geosciences at Oregon State University.  As an earth scientist with long history of research on physical processes in forest and stream ecosystems he has been attentive to long-term changes in the land and our relationship with the land.  This work is built on interdisciplinary experience; first in collaborations of earth and life scientists, then with forest land managers, with social scientists in the context of shifting public engagement with public forest lands, and, for the past decade, with the humanities and creative writer communities.  Much of this has been place-based work at the H.J. Andrews Experimental Forest in the Oregon Cascades and at Mount St. Helens. The Andrews Forest’s charter membership in the Long-Term Ecological Research program sponsored by the National Science Foundation since 1980 has provided a blueprint for development of the Long-Term Ecological Reflections program, which is a major component of the Spring Creek Project.

Swanson is especially interested in lessons from long-term attention to how the biophysical world works and how it changes over time in response to natural and human-imposed processes.  These changes range from abrupt transformation imposed by flood, fire, clearcut, or volcanic eruption to gradual growth of forests over centuries.  How do ecosystems and personal and societal values respond to these changes?

The scope and evolution of Swanson’s interests are reflected in title of books he has co-authored or co-edited: Sediment Budgets and Routing in Forested Catchments (1982. USDA Forest Service); Bioregional Assessments: Science at the Crossroads of Management and Policy (1999, Island Press); Road Ecology: Science and Solutions (2002, Island Press);Ecological Responses to the Eruption of Mount St. Helens(2005, Springer); and In the Blast Zone(2008, Oregon State University Press).

Swanson’s participation in the Spring Creek Project began with initiation of the Long-Term Ecological Reflections program in 2002 when US Forest Service funding first supported writer residencies and field symposia at places of long-term inquiry on Forest Service lands. Building on successful science-humanities-arts collaborations at Andrews Forest and Mount St. Helens, Swanson and the Spring Creek Project have encouraged programs at other sites to undertake this work. 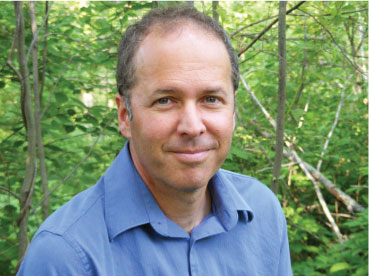 Michael P. Nelson, is an environmental scholar, writer, teacher, speaker, consultant, and professor of environmental ethics and philosophy. He holds the Ruth H. Spaniol Chair in Natural Resources and serves as the Lead Principle Investigator for the HJ Andrews Experimental Forest Long-Term Ecological Research program at Oregon State University. He is the philosopher in residence of the Isle Royale Wolf-Moose Project, the longest continuous study of a predator-prey system in the world. Michael is the co-founder/co-director of the Conservation Ethics Group, an award-winning environmental ethics consultancy group fusing ethics with social and ecological science.

He is the author of many articles, and the author or editor of a number of books, in and around the area of environmental ethics. Michael is called upon regularly by various government agencies and conservation organizations to assist with understanding the ethical implications of natural resource management decisions. 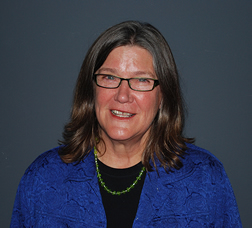 Alison Hawthorne Deming is the author of Science and Other Poems, Temporary Homelands, The Edges of the Civilized World, finalist for the PEN Center West Award, and Writing the Sacred Into the Real. She has recently completed a new nonfiction book titled Zoologies: On Animals and the Human Spirit.

She edited Poetry of the American West: A Columbia Anthology and coedited with Lauret E. Savoy The Colors of Nature: Essays on Culture, Identity, and the Natural World. Deming received an MFA from Vermont College (1983), a Wallace Stegner Fellowship at Stanford University (1987-88), two poetry fellowships from the National Endowment for the Arts (1990, 1995), and fellowships from the Fine Arts Work Center in Provincetown, the Arizona Commission on the Arts, the Tucson/Pima Arts Council, and a National Writer’s Voice Residency Award, the Pablo Neruda Prize from Nimrod, a Pushcart Prize, the Gertrude B. Claytor Award from the Poetry Society of America, and the Bayer Award in Science Writing from Creative Nonfiction for the essay “Poetry and Science: A View From the Divide.” She has held residencies at Yaddo, Cummington Community of the Arts, Djerassi Foundation, Mesa Refuge, The Island Institute in Alaska, Hawthornden Castle International Retreat for Writers in Scotland, and the H. J. Andrews Experimental Forest in Oregon. Robert Michael Pyle was born and raised in Colorado and has lived in the Pacific Northwest, California, New England, and Great Britain. His B.Sc. in Nature Perception and Protection and M.Sc. in Nature Interpretation from the University of Washington were followed by a Ph.D. in Lepidoptera Ecology and Conservation from Yale University. He worked as Ranger-Naturalist in Sequoia National Park, butterfly conservation consultant for the government of Papua New Guinea, Northwest Land Steward for The Nature Conservancy, and co-manager of the Species Conservation Monitoring Center in Cambridge, U.K.  In 1971, he founded the international Xerces Society for Invertebrate Conservation, later chaired its Monarch Project, and was the founding chairman of IUCN's  Lepidoptera Specialist Group.

For thirty-two years, Pyle has been an independent, full-time biologist, writer, teacher, and speaker. He has published hundreds of articles, essays, papers, stories, and poems, and eighteen books. They include Wintergreen, The Thunder Tree, Where Bigfoot Walks, Chasing Monarchs, Walking the High Ridge, Sky Time in Gray’s River,and Mariposa Road: The First Butterfly Big Year; as well as The Audubon Society Field Guide to North American Butterflies, The Butterflies of Cascadia, and several other standard butterfly works. A collections of poems, Evolution of the Genus Iris, has just been published. A Guggenheim Fellow, Pyle has won the John Burroughs Medal, three Governor's Writer's Awards, a Pacific Northwest Booksellers' Award, the Harry Nehls Award for Nature Writing, and the National Outdoor Book Award for natural history literature.

Pyle's essay-column, “The Tangled Bank,” appeared in fifty-two consecutive issues of Orion and Orion Afield magazines, and is published in book form by Oregon State University Press.  A novel set in the Colorado alpine, Magdalena Mountain, is on deck, along with collections of stories and essays, and peer-reviewed scientific papers on monarchs and butterflies in China.

Bob Pyle has taught writing and natural history seminars for many colleges and institutes around the world, and presented hundreds of invited lectures and keynote addresses. In recent years he has served as Visiting Professor of Environmental Writing at Utah State University; as Kittredge Distinguished Visiting Writer at the University of Montana; and as place-based writing instructor for the Aga Khan Humanities Project in Tajikistan and at the Writers' Centre of Tasmania.

Named Distinguished Alumnus by the forestry schools of  both the University of Washington and  Yale University, Pyle has also received a Distinguished Service Award from the Society for Conservation Biology. For thirty-five years he has lived along, studied, and written about Gray's River, a tributary of the Lower Columbia River in the Willapa Hills of southwest Washington. 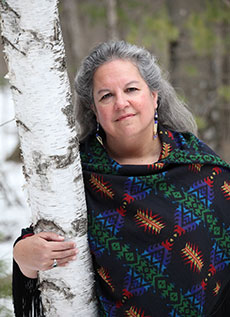 Dr. Kimmerer is a mother, scientist, writer and Distinguished Teaching Professor of Environmental Biology at the SUNY College of Environmental Science and Forestry in Syracuse, New York and the founding Director of the Center for Native Peoples and the Environment whose mission is to create programs which draw on the wisdom of both indigenous and scientific knowledge for our shared goals of sustainability. Her research interests include the role of traditional ecological knowledge in ecological restoration and building resilience for climate change. In collaboration with tribal partners, she and her students have an active research program in the ecology and restoration of plants of cultural significance to Native people.

Robin is an enrolled member of the Citizen Band Potawatomi. Her writings include Gathering Moss which incorporates both traditional indigenous knowledge and scientific perspectives and was awarded the prestigious John Burroughs Medal for Nature Writing in 2005, and Braiding Sweetgrass: Indigenous Wisdom, Scientific Knowledge and the Teachings of Plants,  which addresses living in reciprocity with land. Her literary essays appear in Whole Terrain, Adirondack Life, Orion and several anthologies.

She holds a PhD in Botany from the University of Wisconsin and is the author of numerous scientific papers on plant ecology, bryophyte ecology, traditional knowledge and restoration ecology. She is the co-founder and past president of the Traditional Ecological Knowledge section of the Ecological Society of America. As a writer and a scientist, her interests in restoration include not only restoration of ecological communities, but restoration of our relationships to land. She lives on an old farm in upstate New York, tending gardens both cultivated and wild.