The Land Ethic and Wilderness 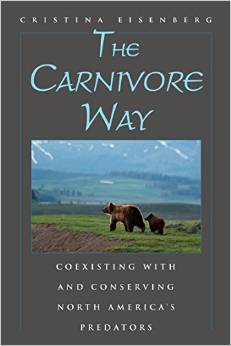 Reading and Discussion: Cristina Eisenberg
May 27, 2014
What would it be like to live in a world with no predators roaming our landscapes? Drawing from her new book, The Carnivore Way: Coexisting with and Conserving North America's Predators, Cristina Eisenberg discussed the necessity of top predators in large, undisturbed landscapes. Eisenberg conducts trophic cascades research focusing on wolves in Rocky Mountain ecosystems and teaches ecological restoration and public policy in the College of Forestry at Oregon State University.

Panel Discussion: Wilderness at 50
May 2, 2014
Craig Childs joined historian Jacob Hamblin and Forest Service Wilderness Program Manager Lisa Machnik for a conversation on the past and future of “Wilderness.” The Wilderness Act was passed in 1964, after over sixty drafts and eight years of work. The Act created the legal definition of "wilderness" in the United States and set aside 9.1 million acres of federal land to be forever protected from development. Over the past 50 years, we’ve developed a set of reasons we value wilderness. We need now to direct our attention to the future: how can we ensure that wild places survive? 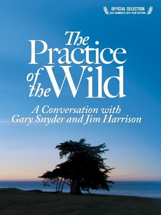 The Practice of the Wild
October 17, 2012
The Practice of the Wild is a documentary film on the work of Pulitzer Prize winning poet and writer Gary Snyder. The film follows Snyder and novelist Jim Harrison (Dalva, Legends of the Fall), as the two old friends wander along trails of the central California coast. They debate the pros and cons of everything from Google to Zen koans. The discussions are punctuated by archival materials and commentaries. 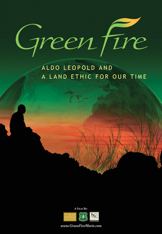 Green Fire: Aldo Leopold and a Land Ethic for Our Time
November 14, 2011
Green Fire was produced in partnership between the Aldo Leopold Foundation, the Center for Humans and Nature, and the US Forest Service. The film provocatively examines Leopold’s thinking, renewing his idea of a land ethic for a population facing 21st century ecological challenges. Leopold's biographer, conservation biologist Dr. Curt Meine, serves as the film's on-screen guide.