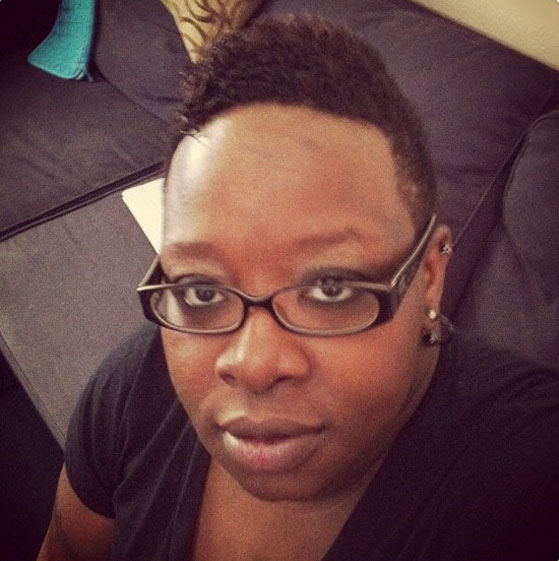 Hobbies: Camping. “Also, I’m a martial-arts instructor, and I love to draw.”

What’s next: She wants to make music and produce music recordings. But because she’s also a photographer, she has a dream of eventually launching a combined studio: A music studio and a photography studio, so musicians can record music under her guidance and then she can provide album art as well as pictures for their websites and other promotions.

To understand something about Jasmine Lumpkin’s passion, consider this scene: It’s February 2019, and Lumpkin has endured three surgeries in a single week — “knee surgery and then throat surgery and then surgery on my mouth.”

She couldn’t go to school for a week after the knee surgery.

Lumpkin, who’s battled an array of medical ailments for decades, had planned for that: She had gotten much of her schoolwork ahead of time, but she was still terrified at falling behind in one class in particular: Kimary Fick’s History of Western Music. “I fall behind one day, and it takes me weeks to catch up because she covers so much material,” Lumpkin said. “Because she’s passionate about the history of music.”

So this is what Lumpkin did: She’d call a friend who was in the class and mute her phone. The friend would turn on her speakerphone so Lumpkin could hear Fick's lecture. Every so often, Lumpkin would text a question to the class, and Fick – who under normal circumstances doesn’t allow electronic devices into her class – would provide the answer.

Lumpkin has been passionate about music all her life, from the time when her mom bought the toddler a little guitar. “My mom said I used to walk around with that thing everywhere.” Eventually, a cousin started playing on a drum kit that his uncle had purchased. “And so he’d play the drums and I’d just play guitar and we’d go through the day making noise. We didn’t know what we were doing, but we had fun doing it.”

Her mom and uncle were in a band at the time, “and I would see them and I’d be backstage and I just wanted to be on that stage playing something.”

With the exception of a month of lessons when she was 6, from a guitar teacher who “was like a guy straight out of a hair band,” she never received any music lessons until she started studies at Linn-Benton Community College a few years ago. But there was a lot of life to be led before that happened: She enlisted in the Army after graduating from high school and served as a combat medic and military police officer. She got a medical discharge after developing metabolic myopathy, which leads to frequent flare-ups of muscle attacks called rhabdomyolysis.

“My muscles like to attack themselves and then they give out and then I can’t stand up,” Lumpkin said. “It’s basically like if you were to work out for three hours and your muscles are dead and then the next day you go to stand up and it feels like you can’t hardly move and everything’s burning. That’s what I feel like on a daily basis.” Severe attacks require hospital stays. Lumpkin also has dealt with other health issues, including a bout with cancer, over the last decade or so.

Lumpkin settled in Albany in November 2008, after helping to lead a worship service at Jesus Pursuit church – and feeling welcome there in a way she didn’t feel welcome in Redmond, where she lived with friends at the time. They played music and lived together and moved from Redmond together.

“From the minute we walked in, we were all accepted for who we were,” she said. “It was the first time in a long time that we had that feeling, being particularly welcomed by members of that church.”

As the years passed, her interest in making music expanded into a desire to help others make music. She started formal music studies at Linn-Benton Community College, earning an associate degree.

“When I hear music, I always have ideas of how to change things, how to make things better, or how to clean things up,” she said.  “I can hear things. You know, I was always hearing things and I didn’t understand what I was hearing or why I was hearing them. But I loved the idea of creating a dialogue or a story, whether it be mine or somebody else’s, with music or with some other form of sound. I like the idea of being able to take sound and connect to people’s hearts.”

The decision to continue her studies at Oregon State was an easy one.

And OSU was the closest four-year school to her Albany home. And with her 9-year-old daughter, Aliyanah, at home, “I need to be relatively close – I can’t drive to Portland and back every day,” she said.

Music producers tackle tasks ranging from designing the sound of a particular recording to deciding what instruments will be played and how they’ll be played. After a recording session, they work on editing performances, mixing and blending various tracks and mastering – the process of preparing and transferring recorded audio from the final mix to a data storage device (the master) from which all copies are produced. Lumpkin also can play bass guitar, guitar and piano in addition to several other instruments.

At OSU, Lumpkin said, she’s had nothing but support from staff and faculty members in the Music Department.

Kristin Rorrer, the academic adviser for OSU’s Music and Theatre Arts program, first met Lumpkin at LBCC; Rorrer plays piano for LBCC’s choirs, and Lumpkin sang in the choir (where she finally convinced  Raymund Ocampo, the choral director at LBCC, that she was a natural tenor).

“Jasmine lifts others up,” Rorrer said. “She’s a very giving person. She helps her student peers succeed academically, and she helps them form collaborations, which is important in the music field.”

She also finished a challenging academic program in just two years despite a myriad of health problems, Rorrer noted. The Music Production program requires a thesis to graduate, and Lumpkin completed a five-song EP for her final project. She wrote the songs, which were inspired by current social events, and then recorded, edited, mixed and mastered the EP herself.

But issues surrounding race and social issues did figure in at OSU from time to time, she said.

“I’m Black in the Northwest, so that affects everything anyway,” she said. “There have been times when I’ve felt like I was on the outside looking in, especially when everything happened during the spring term of last year,” after George Floyd was killed by Minneapolis police officers.

“It was really hard to focus on completing my schoolwork while not being on campus when all that stuff was happening,” she said. But even in online class settings, she would hear other students “saying things and making comments and you’re like, ‘Oh, my gosh, that is the most ridiculous, asinine thing that you could ever say to anyone.”

She also noticed a generational gap during some of those discussions about racial justice.

“I’m almost 40, and I’m at school with all these teenagers and 20-year-olds, and the things that are coming out of their mouth, I’m going like ‘oh my gosh, are you kidding me?’

“And you have to remember that, OK, this is not my first round of school, I’m more seasoned, I’ve had more life, I’ve been to more places. I’ve been in the military, I’ve been a licensed contractor, I’ve got a kid, I’ve lived so much more life, you know? I’ve moved across the country, I’ve traveled out of the country, I’ve had all of these experiences that they haven’t had. … So I’m like, ‘OK, you’re not even smart enough to really know who you are yet, so for me to argue with you isn’t going to make any kind of sense. So I’m just going to keep my mouth shut and let the stupid keep dribbling out of your mouth. One day you’ll clean it up.’ I actually said that to somebody.”

The pandemic, and the resulting switch to virtual learning, had a double impact on Lumpkin: “The hardest thing for me, was, I swear the teachers doubled the workload.”

But she also had to keep tabs on her daughter, Aliyanah.

Eventually, she decided not to do any of her own schoolwork until Aliyanah went to bed – and that meant study sessions for Lumpkin that lasted well past midnight. “It’s just been a rough go,” she said. “I’m ready to be done.”

And when she’s done, what does she want to do then? Lumpkin’s answer is simple, and it flows from a passion that’s kept her focused now for decades, through good times and bad: