Nancy Rosenberger has a message for Oregonians - we are not secure when it comes to food.

As Professor of Anthropology at Oregon State University, Rosenberger has traveled extensively, conducting a longitudinal study of gender in Asia and taking a sabbatical to Uzbekistan, where she learned about that country's food culture. Her research currently focuses on Benton County, where the accessibility of healthy and fresh food is limited. 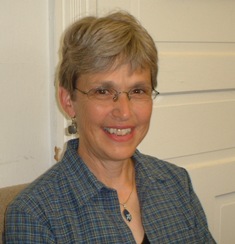 "Food is affected by the whole context of our lives," Rosenberger said. "It is the thing that can always be shrunk. Someone can say, 'I have to pay my rent, so I can always get by on less food.'"Rosenberger recently did a qualitative research program in Alsea and Adair Village, two small areas within twenty miles of Corvallis. Both towns exhibited a great deal of food insecurity and lack of nutritious food. Even more shocking were the results of Rosenberger's research of Corvallis itself - many residents are going hungry, especially in the Southtown region.

"These communities do not have fresh food, and if they do, it is more expensive," Rosenberger said. "They rely on food stamps, which means they wouldn't be food secure, or secure at all, without them. In the 1990s, the income of poorer Oregon residents went down and it is still hard to make enough money to support themselves adequately."

This dilemma has raised new awareness on food insecurity. Several new programs are now searching for efficient ways to ensure the availability of nutritious food for all Oregon's residents.

"A new organization called the Ten Rivers Food Web is trying to bring more local food into our community," said Rosenberger. "This means more low income people could afford to buy fresh, local food, some of it could go to food banks, and some to gleaning groups."

Two programs within OSU's rural studies initiative are also working towards raising awareness of this problem.

"The Community Foods Assessment, a program within the rural studies initiative, is interviewing consumers about food in the community and whether or not people want to see more local food in stores," Rosenberger said. "We are researching whether or not small farmers would be willing to shift over to raising more fruits and vegetables for local sale. A number of graduate students in OSU's anthropology program are working on this project."

"Food is affected by capitalism," Rosenberger said. "The food we get from the global market is cheap, but local food will be cheaper as the price of oil increases."

The second program funded by the rural studies initiative is an OSU course in food, hunger and poverty that was offered during fall 2005 and winter 2006. Students in this service learning course work with the local foods assessment to research emergency food, the poverty struggle in local communities, and how to bring affordable, nutritious food to low income Oregonians and their families.

Rosenberger wants to add Oregon State University and its Escape Hunger program to her list of research subjects. She is concerned that students are experiencing food insecurity at the university, whether it stems from a lack of money to spend on food, or a worry that the food they are eating is unhealthy.

"There is a concern for more local food at OSU, and a lack of nutritious and adequate food on campus," Rosenberger said.

The rural studies initiative, along with any research involved with food insecurity, is an ongoing project. Heightening awareness and educating the community about the status of poverty in Oregon is crucial. However, Rosenberger remains cautiously optimistic.

"More and more people are becoming aware that we aren't self-sufficient when it comes to food," she said. "We want to increase the links with farmers and the community, and get more local food to people, especially low income people. Part of the challenge is to make sure that local food is affordable and that people that raise it are getting compensated adequately. We have a long way to go on that one."