"Across Enemy Lines": looking at homosocial relationships among RC airmen 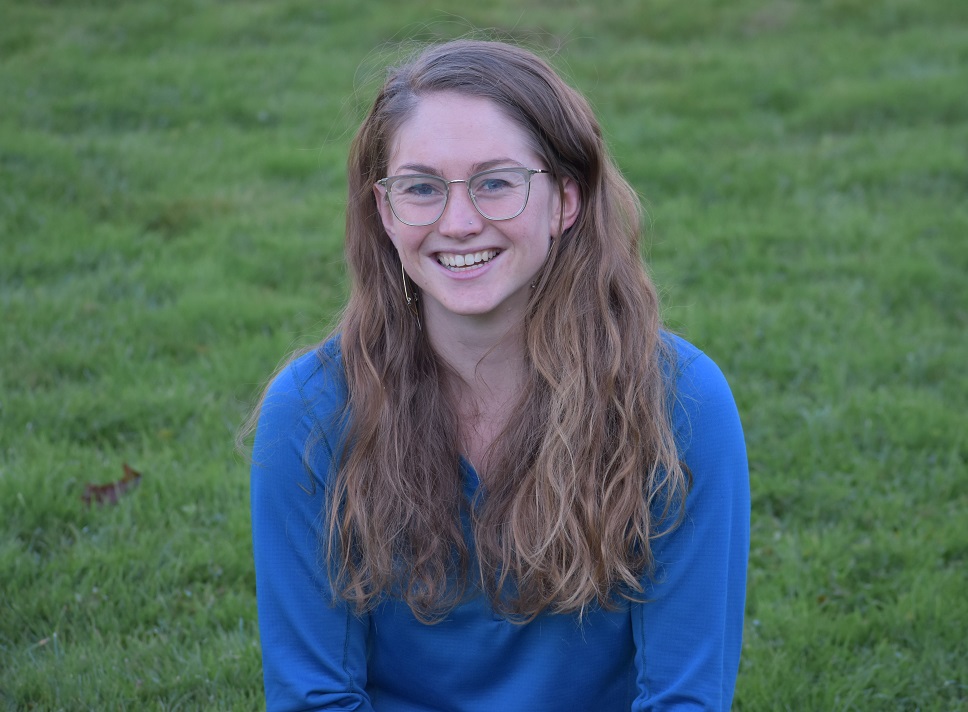 Devon Graham is a second year Master’s student in the Women, Gender and Sexuality Studies program here at Oregon State University. Her thesis titled, "Across Enemy Lines," looks at homosocial relationships among RC airmen during World War I in German prisoner war camps. In her research, Graham is using queer theory and critical history to look at the formation of homosocial friendships among these airmen and the ways in which those friendships inform their masculinity and ultimately also inform the maintenance of the British empire. Graham has a Bachelor’s degree in History (2016) from Carleton College, Northfield, Minn.

She has been published in The Carleton Historical Review and also presented her work at the National Women’s Studies Association’s annual conference and the Lewis & Clark Gender Studies Symposium. She aspires to continue into academia where she can focus on gender and history work.

What was your journey like that led you to the Master's program here in Women, Gender and Sexuality Studies?

I was a history undergrad at Carleton College, Minnesota, and I worked with my advisor Amna Khalid on the history of South Asia, the partition and the census. She introduced me to the idea that feminist thought is really applicable to history and vice versa. I then took a class called the politics of women’s health as a senior in college. It blew my mind.

I realized that something that had seemed as apolitical as health and going to the hospital was incredibly political. I subsequently took two more classes in Women’s Studies so, upon graduating, I knew that was something that was connected to my interests.

I worked on the 2016 Hillary Clinton campaign in Iowa. I was really disillusioned by the results and with the resistance I felt in Iowa to what we were trying to talk about. I realized that I needed to be better equipped to think deeper about subjects for myself and for communicating with others. So I started looking at WGSS programs and I was really drawn to the Oregon State University one because it really did center transnational black feminisms and Indigenous feminisms. I realized my worldview was very small and very white growing up in the Midwest and being in Iowa and Minnesota, and that Oregon State offered me a chance to expand that bubble significantly.

Dr. Amna Khalid at Carleton College was one big influence, and in an interesting way, because she never used the term feminist theory or feminist. She wasn’t part of that department but she taught me in practice basically how to be a critical feminist historian.

The author NK Jemisin who has written the broken earth trilogy, she’s a speculative fiction/science fiction writer. I think she was really eye-opening to me in combining how fictional worlds, feminist theory and black feminist scholarship can be one thing and helped me blur the lines of academic versus activism versus reading for fun, and that those can all be the same thing potentially.

Being in the classroom, I actually have students gasp out loud and go "Whoa," when I’m saying things and when their eyes go wide, and they write something down. Those moments are so rewarding because I can tell that they are eager and intelligent and open to all of this information. They just haven’t had anybody take the time to open their minds for them, tell them, “Oh, colonization is still happening here in the United States.” I count myself as incredibly lucky and incredibly powerful to be the person to tell them that. I take it as a huge responsibility.

What excites you to be a part of the WGSS community and field? How has it influenced you as a person?

One of the most exciting things and challenging things is that it is interdisciplinary as a field. I came from a liberal arts school, I learned history methods. I think coming into this program and having my cohort be made up of students who have come from biology backgrounds, engineering backgrounds, English literature backgrounds, so, approaching academia in an interdisciplinary field has been so rewarding. It has challenged me to look at things in different ways and it is making me a better scholar. There is a huge focus on activism and blurring the lines between academia and activism. Our professors are constantly challenging us to bring what we are talking about in the classroom into our lives and into the community and trying to blur those boundaries and that’s hard.

Not only is my scholarly work changing, but I’m changing, my value systems and outlook on the world are absolutely changing. I’m seeing the systems of oppression that work in our world how they interlock and I’m learning better how to question them and explain them to others. I have realized that maybe my world scope should go beyond the neoliberal-politics- United States-domestic-bubble. And to articulate that to others has been one of the most significant changes to my worldview since coming here.

Would you describe yourself as an activist? Do you have that side to your personality? Yes/no and why?

I describe myself as an aspiring activist. I think the end goal for everything that I’m learning is not just to stay in academia or stay in a job to never use it again. Making that happen is a struggle because we are living in a system that keeps us working and keeps us busy and keeps us separated from each other. I think this program has helped me learn that activism does not have to look a certain way to be activism. The work I am doing with my students in my classroom is a way I am intervening in their education in a way that is making them reshape the entire academic system or their worldview of the United States.

That’s a form of activism and when I have long conversations with family members and friends from before, I pass on what I’m learning in bits and pieces to them. Talking to my white Midwestern community and bringing this to them.

What are some of your learnings as a teacher?

There is a piece of advice I was given much earlier on before this program that - the best way to learn something is to teach it. Then you have in-depth knowledge to be able to relate it to somebody. I think to go into the classroom and to feel confident going into the classroom I have to spend so much extra time with these concepts. It has made me a better student with self-motivated learning. It has made me realize how much information already exists in the world that we aren’t directed to go get.

What were some misconceptions that you have come across about feminism?

Growing up, my parents would talk about being feminist. So I had a very positive association with it. But the discussions ended at “girl power” and that girls can do anything boys can do, that’s feminism. It was very white, it was a very basic understanding of working within the system as it is and looking for equality and that was it. It was really not until college and those WGSS courses that it opened up to me that feminism is not just white women looking for equality, that it was rooted in black feminisms and Indigenous feminisms. I was looking to rethink the entire system. That is an ongoing process and is not over by any means.

What were some challenges you faced as a researcher and how did you overcome them?

My thesis research is on elite white British men and that is a segment of the world population that has had almost all of the research and all of the literature written by them and about them. There are so many other groups of people and times and needs that also should be studied. So, I think about an ethics question- what does it mean that I am spending my time and energy and money studying this group of people instead of somebody else or something else? And that has been really difficult to answer.

But I keep going back to the fact that these men represent how systems of power are reproduced and those systems of power are reproducing until this day. There are very clear lines that can be drawn from their homosocial group relations and power structures to today’s. And so it’s important to study the oppressors too, especially as a white person of British descent. I think there is a responsibility there to make those connections.