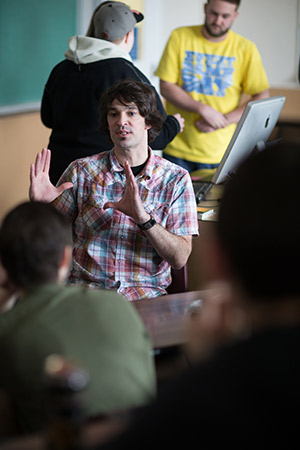 Seth Crawford grew up on the edge of the rugged, remote Kalmiopsis Wilderness in southern Oregon. The log cabin his parents built is situated in the hills at the terminus of a series of twining, gravel roads. They had no electricity, and hunted and grew their own food. The nearest town to his parents’ homestead is Galice, an unincorporated community in Josephine County that used to live on timber but now attempts to live on tourism.

And, like many communities in the area, it also lives on marijuana.

“Southern Oregon has become one of the growing capitals of the world,” says Crawford, an former Master of Public Policy student, and then instructor in the School of Public Policy and a researcher on Oregon’s marijuana economy. “It’s the economy in southern Oregon, which was heavily reliant on extractive industries. There’s nothing there anymore except tourism. That’s not something that can support a middle class income.”

Now that Oregonians passed Measure 91 in 2014, which legalizes the recreational use of marijuana, the area’s entire economy may change, which is no small matter.

The ground-up, DIY experience of Crawford’s childhood and the area’s “live and let live” attitude affected his worldview profoundly, and has been the main driver behind Crawford’s research and teaching on Oregon’s marijuana market and policies.

Now, Crawford considers it his mission to gather the facts, statistics and numbers to that tell that story, so that when policy is made lawmakers have a clear picture not only of what drives Oregon’s marijuana economy, but how vital that economy is. What’s more, Crawford is helping his students become a part of that process.

For years, Crawford has been a point person for Oregon lawmakers regarding medical marijuana, which became legal in Oregon in 1998. He has also served on the state’s Medical Marijuana Advisory Board since 2013. His doctoral research at the University of Oregon focused on users of medical marijuana, growers, and the legitimate and illicit economies surrounding it. In the wake of Measure 91’s approval, Crawford’s expertise is even more sought after.

“You have this sense that in the West marijuana was an under-the-radar economy,” says Denise Lach, director of the School of Public Policy. “But when you take a flourishing part of the economy that’s under the radar and bring it up to the legal market, it creates a perfect policy question. We had a taste with medical marijuana, but this is a different ball game. Seth has a reputation among state lawmakers as the go-to person on this.” 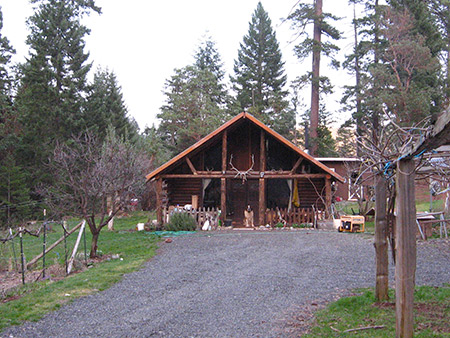 Real Work in the Classroom

With decisions looming about how to implement Measure 91 and what to do with the existing medical marijuana program, Crawford is not going it alone. His students — at least the ones taking his course on marijuana policy in the 21st century — are becoming experts, too.

“We will be working with policymakers and stakeholders to help answer some of the biggest questions facing the state following the passage of Measure 91,” Crawford says. “We are approaching issues that aren’t being tackled by the legislature, and we think they should be. We are providing as much information as possible.”

Among these issues are taxation, impaired driving, edibles labeling and testing, protection of growers’ intellectual property, genomic research, and the economic impact of marijuana as a cash crop for Oregon growers. When the course concludes at the end of winter term, the class will present their research to the Oregon Liquor Control Commission (OLCC), which is charged with setting recreational marijuana policy and determining the fate of Oregon’s medical marijuana program.

According to Crawford, the information the class is gathering will be vital to lawmakers. “There is not a lot of information out there in the state agencies and committees,” he says. “And there are not many people who can interpret the small amount that exists in an intelligent way.”

Crawford’s approach as an instructor is to give students problem to solve, so while he will be helping to guide their research, it will be the students who drive the upcoming policy recommendations.

“The most exciting and important thing about this class is that it’s giving undergrads hands-on experience with what state and local governments really want,” says Colin Woekel, a senior in sociology who is taking Crawford’s class. “We get to be a part of the process. We’re being encouraged to think about how it’s fairly easy to get involved in local politics. It’s accessible. You can show up and be a responsible citizen in your community.”

One of the biggest issues post-Measure 91 is protecting small growers who already depend on the crop. According to Crawford, many of southern Oregon’s growers run small operations under the umbrella of the medical marijuana program, and the money they make in illicit exports helps them subsist in an area where timber is no longer an option. Crawford is carefully watching to see how they fare post-legalization.

“If we see the supplanting of medical marijuana, we’ll see increased economic inequality in the market,” he says. “If you formalize the economy you move into an economy of scale. There’s not as much room for the smaller people.”

What Crawford wants to see protected is the varietal diversity among growers, particularly in southern Oregon. “We already have an industry that’s second to none. People have been working for 40 years on cultivation,” he says. “We need to protect this work. This has been driving the state’s economy and it’s poised to become one of the biggest biomedical commodities of the 21st century.”

Ultimately, Crawford’s goal is to help connect lawmakers, the marijuana community and researchers, who can take steps to help further Oregon’s economy as well as further develop the plant’s medical benefits.

“People have this idea that legalizing marijuana or not is simple. But it’s just the start of the conversation,” Crawford says. “People who are making decisions about state policy are legitimately interested in and need research on the economy and the market. We could do great things with this.”