David Biespiel has been named Poet-in-Residence at Oregon State University. Housed in the School of Writing, Literature, and Film, Biespiel will teach and advise undergraduate and graduate students in the MFA in Creative Writing; promote poetry in our community and beyond by hosting events, bringing readers, and continuing to build the already substantial national reputation of Creative Writing at OSU; and undertake special projects around National Poetry Month and other special moments within the cultural landscape of the arts and humanities.

David Biespiel is a major voice in twenty-first century literature. A poet, literary critic, columnist, and contributing writer at The Rumpus, American Poetry Review, Politico, New Republic, Partisan, Slate, Poetry, and The New York Times, he was recently named as a finalist for the National Book Critics Circle’s Nona Balakian award for Excellence in Reviewing. He is the author of ten books, most recently The Education of a Young Poet, a 2017 Best Book for Writers selection from Poets & Writers; A Long High Whistle, which received the 2016 Oregon Book Award for General Nonfiction; and The Book of Men and Women, which was chosen one of the Best Books of the Year by the Poetry Foundation and received the 2011 Oregon Book Award for Poetry. He is the recipient of Lannan, National Endowment for the Arts, and Stegner fellowships. He is the founder of the Attic Institute of Arts and Letters. Republic Café, a new book of poems, is forthcoming next year.

A celebration of David’s new role, and of the history of poetry at OSU, will be held at 7:30pm on March 16 in the Alumni Center’s Johnson Lounge, just off the foyer. Please join us to hear David discuss his writing, to view works by current and former OSU poets, and to enjoy dessert and wines while celebrating the vital place of poetry at Oregon State. 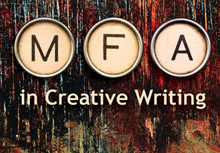