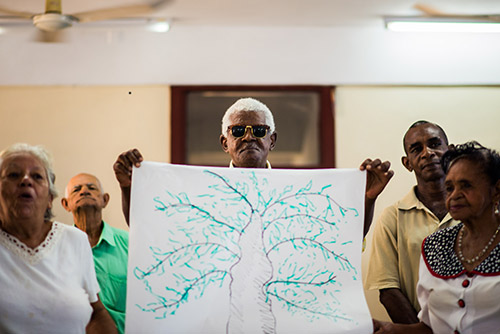 Imagine visiting a country where a cardiac surgeon makes the equivalent of $30 a month, and rents his home to tourists to earn extra income. The only modern cars that post-date 1959 are the ones that ferry tourists.

Yet in the same place, higher education, medical care and housing are free, and some of the best and most altruistic doctors in the world graduate from the country’s renowned medical school.

These are the contradictions 15 students from the Oregon University System experienced during a study abroad program to Cuba, the first of its kind for OUS. It was spearheaded by sociology professor Dwaine Plaza and political science professor Amy Below.

“It was a way of getting students to study somewhere very fascinating,” Plaza says. “Caribbean microstates have full governments, infrastructure and health care, and they do it on a limited budget. It’s incredible to see how they survive in a global economy.”

Plaza and Below spent 10 weeks of spring term in Oregon initiating the students into Cuban culture, society, history, politics and economics, before bringing the class to the island for a 10-day study abroad experience in June.

“Taking the class gave me the knowledge and background of why Cubans are going through what they’re going through,” says Andrew Seng, a junior from the University of Oregon majoring in photojournalism. “To see what we learned in the classroom, in action, that’s amazing.”

There, the students had full days—they visited, among other places, a senior center to talk with people with a pre-revolution perspective, a medical school and a local clinic and a 20-acre organic farm in the middle of Havana. 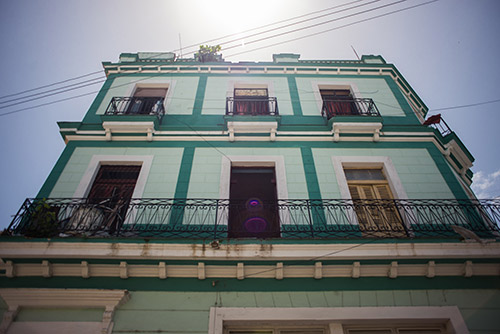 For Jorge Michel (’13), who graduated from Oregon State with degrees in biology and pre-medicine, and who aspires to be a doctor, the medical system in Cuba opened his eyes to a different way of thinking about the profession.

“The monetary incentive isn’t there the way it is here. In Cuba being a doctor is entirely based on helping other people,” says Michel, who plans to become a doctor.

This fall, Seng will publish a photo essay in the U of O magazine Ethos on the Cuba program, which Below and Plaza plan to continue next year. “I want to show them that they’re regular people,” Seng says. “I hope to show Americans that the best way for our countries to get along better is with more compassion and love for human rights.”

A Different World
This summer, Oregon State students got to participate in a pioneering study abroad program in Cuba.