DJ Spooky's "Heart of a Forest" Tour to Storm through Oregon 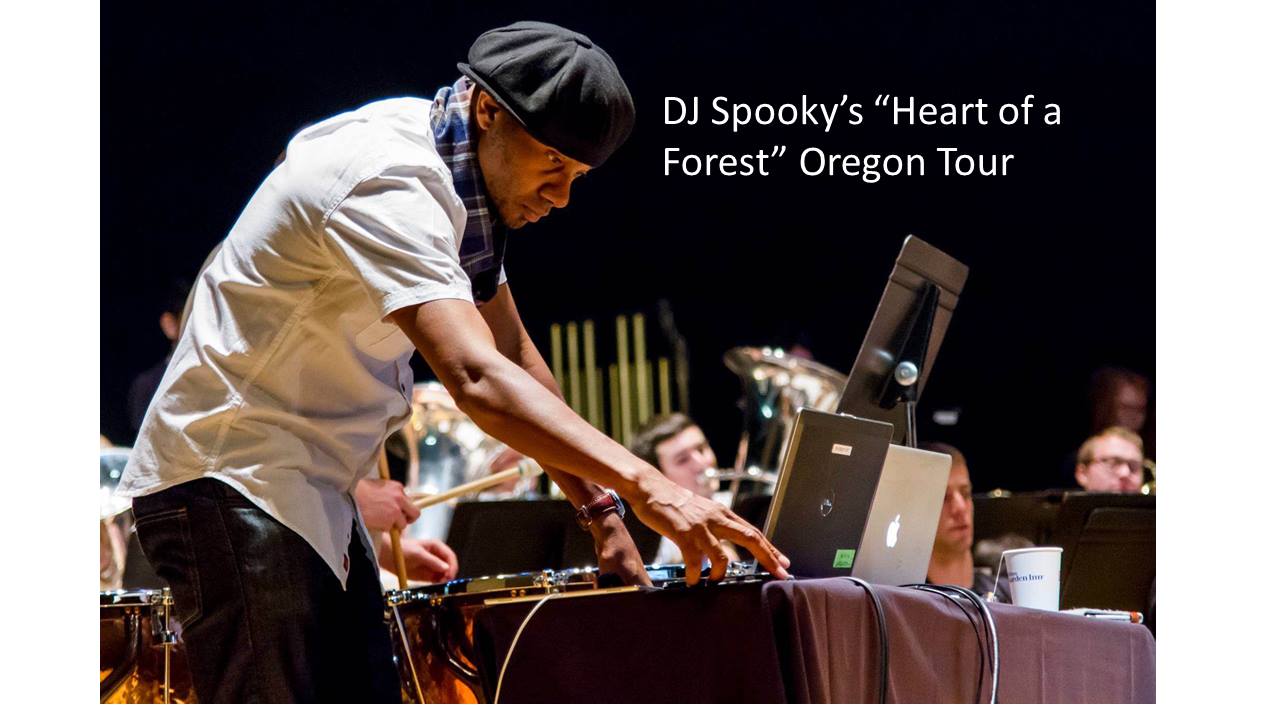 New York basedcomposer, artist and author Paul Miller, aka DJ Spooky will take his high-energy performance of “Heart of a Forest” to four Oregon cities November 6-11.

Miller first rose to fame as hip-hop turntablist "DJ Spooky," and has since performed throughout the world. This performance will showcase his unique style of blending media and living nature. Miller will mix live, recorded and electronic music with aerial video of Oregon forests, along with an on-stage conversation with a forest ecologist.

The multimedia show is inspired by symphonic music Miller composed during four seasonal artist residencies at the H.J. Andrews Experimental Forest in the Oregon Cascades. The score, which was debuted and recorded with the Oregon State University Wind Ensemble earlier this year, metaphorically explores spring, summer, fall and winter through sound and imagery.

For the Heart of a Forest project, Miller wanted to understand “how to remix some of the ways we think about traditional forms of music versus digital interpretation of nature. Is the landscape a portrait? Is a composition a portrait? I think we need music to catalyze how we can rethink our relationship to nature.” Miller says that the piece is inspired by Thoreau and the collision of data, sound and new ways to think about the absence of origins.

In addition to his work as a composer, Miller is also a multimedia artist and author whose work has appeared at the Venice Biennial for Architecture, the Andy Warhol Museum, the Whitney Biennial and others. Miller spent 2012-2013 as the first artist-in-residence at the Metropolitan Museum of Art in New York City and has collaborated with a diverse array of popular musicians, including Yoko Ono, Chuck D and Thurston Moore. He is also a National Geographic Emerging Explorer. His recent appearance have included the score to Re-Birth of a Nation, and performances at Carnegie Hall. His website is: http://djspooky.com/

The "Heart of a Forest" project is a collaboration between the Spring Creek Project for Ideas, Nature and the Written Word at Oregon State University and the four regional host organizations. Funding is provided by the Oregon Community Foundation’s Creative Heights program and the USDA Forest Service Pacific Northwest Research Station.

EAH Launches Accelerated MA Degree for Sustainability Double Degree Undergraduates
Find out how you can get a head start on your MA degree.