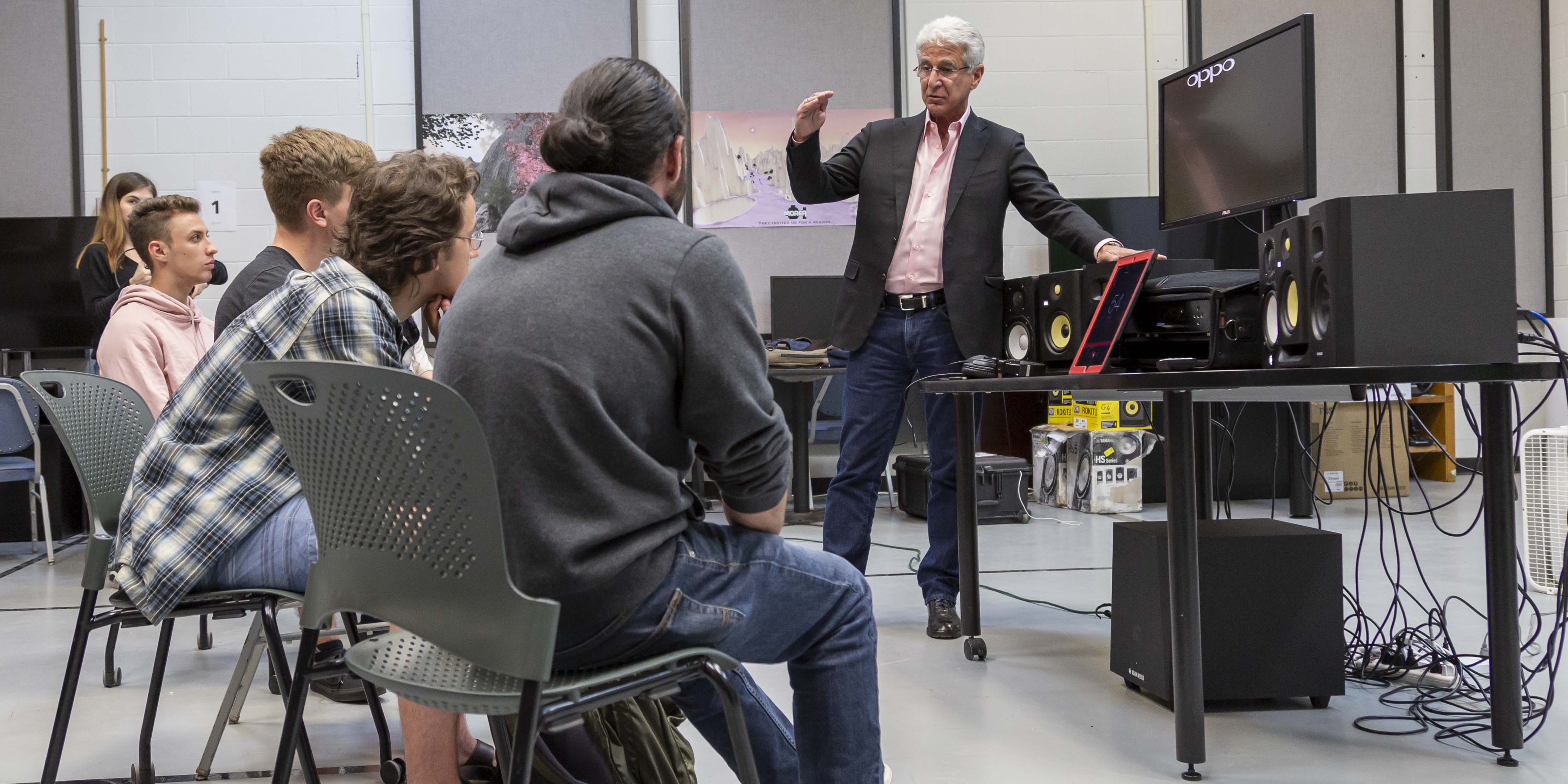 To get a truly compelling mix – taking a good song and making it into a great one – might take hundreds of hours of work. And at Oregon State University the goal of the music technology and production program is just that – to turn good ideas into great ones.

In June, industry pros from ADAM Audio and invited independent recording studio owners presented a series of workshops to OSU music technology students who are focused on taking the next steps towards launching a successful career in the music industry after graduation.

Alex Spencer, a Los Angeles-based music producer, engineer and ADAM Audio product specialist began the day with a thorough examination of the professional mixing process. Over the course of his 90-minute demonstration, Spencer broke down the production of a single R&B track into every possible element and detailed how precise and end-result oriented the music production process is at the highest professional level.

“There is a danger that musicians can fall into, composing and mixing in five minutes,” says program coordinator Dr. Jason Fick. "Watching Alex reduce the track down to each element, to parallel process each instrument and ensure every element was maximized, was an extremely valuable lesson for our students.”

During the second session, ADAM Audio chairman David Angress and president David Hetrick presented a session focused on critical listening. The duo vividly demonstrated how our perception of recorded sound can be altered based on small changes in mixing and playback choices, and how those choices can be utilized as an integral part of the creative process.

Independent recording studio owners Matt Greco (The Rye Room) and Celeste Amadee (Saint Cecilia Studio) collaborated with Alex Spencer and David Hetrick for a final session focused exclusively on the business of recording music, with an emphasis on tactics for successfully navigating the recording industry as a young, independent producer.

The pair detailed how gaining experience – both in college and as an intern – while developing as large a network as possible was one of the most important first steps, but taking into consideration all of the logistics of running a small business (taxes, insurance, and other considerations) were equally important and something that most young recording professionals do not initially consider.

“Music technology and production,” says Dr. Jason Fick “has changed a lot over the past several years. Students need to know both the creative and business side of the industry. Having professionals like Alex, David, Matt or Amadee come in and discuss today’s industry and workflow is tremendously valuable for our students. Everyone’s process can be so different – most of our students record, edit and mix their work. Hearing about how each part of this process takes place at the highest professional level was an eye-opening lesson in detail and perfection.”