In recent years, the transatlantic relationship between the United States and Europe has had to face mounting challenges. What began as wartime alliances during two world wars, was expanded to a common project tying together not just markets but also civil societies in the shadow of the Cold War. This project consisted of various interlocking initiatives such as the Marshall Plan, the establishment of the OSCE, the creation of various institutions fostering European Integration, the establishment of educational exchange opportunities, and also widening efforts to create a transatlantic community.

The end of the cold war, as well as the war on terror, and also the rise of other players in the international arena, have all seriously questioned the dedication, durability and success of the transatlantic project; at a time when the need for increasing cooperation is probably as high as ever before.

For students of global culture and international policy, this is offering a wide array of opportunities for research and for exchanges with transatlantic partners. When the Transatlantic Students Symposia were initiated by students and faculty from Humboldt University Berlin, it was done in order to facilitate a sincere and active exchange with fellow students from “across the pond.” At a time when politicians did not seem to communicate well with each other, at least students as possibly future policy actors should make the effort.

Central to the project of the Symposia has always been the idea of the student involvement and leadership. Student organizers partake in critical aspects of the organization of the symposium field trip, which is preceded by a class held at all participating campuses.

Since 2012, three universities have been working together to make this experience possible: Oregon State University, specifically Intercultural Student Services and the Public Policy Graduate Program; and the American Studies programs at Humboldt University Berlin, Germany, and at the University of Warsaw, Poland. Every “odd” year takes the symposium field trip to a site in North America; and every “even” year, to Europe.

Each symposium has a different academic theme every year. In 2014, a joint group of 25 students and 6 faculty visited locations in New Mexico, Arizona, Colorado and Oregon to discuss questions of sustainability. After the field trip, the students presented the research papers that they had already prepared during class, but expanded by including the experiences of the field trip.

For 2015, the symposium will address what could be called a “Crisis of Mission” of both the transatlantic relationship itself, but also of the European Union. We will visit sites within Bulgaria, Greece and Germany during Spring Break of 2015. 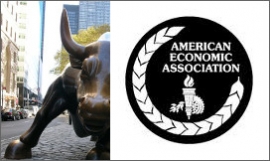