Food in Culture and Social Justice 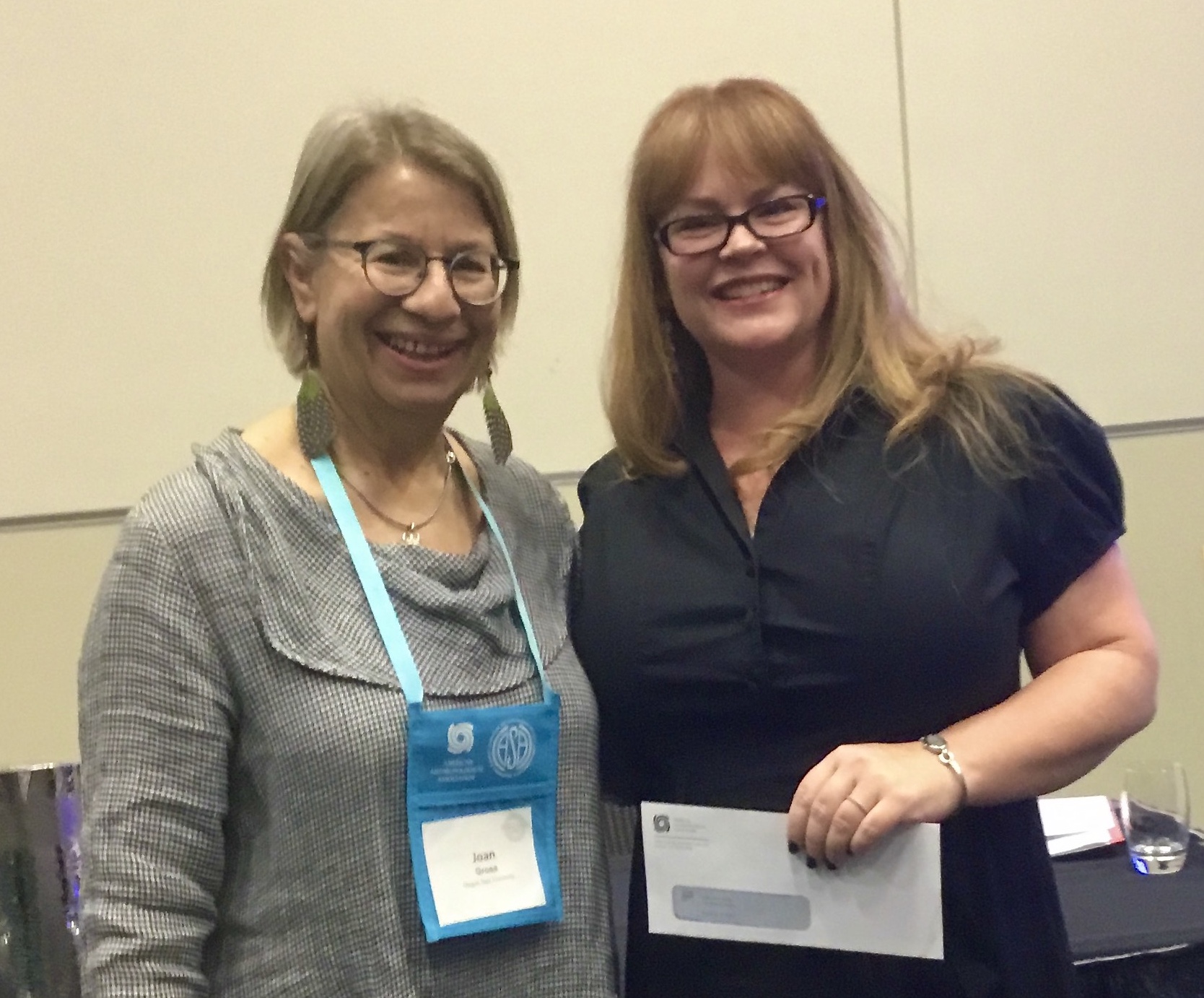 Mindy Proski won the 2019 Christine Wilson Undergraduate Student Award competition, hosted by the Society for the Anthropology of Food and Nutrition (SAFN), with a paper she wrote for ANTH/FCSJ 361. Food Justice. The award was presented at the American Anthropological Association’s annual meetings in Vancouver in British Columbia, Canada. The title of her paper was, “Food Pantries and Social Capital: The Reciprocity of Community Can Help Fight Food Insecurity and Hunger.”

You can read the abstract for her award-winning paper below.

Abstract: This paper explores how increasing the social capital of a community can assist with increasing food security of those in need of charitable food assistance programs. There has been an increase in research regarding social capital, resulting in distinct correlations made between the mitigation of food insecurity being linked with those who have access to a community with high social capital. For this paper, the term Social Capital will be defined as, “collective value of all "social networks" [who people know] and the inclinations that arise from these networks to do things for each other ["norms of reciprocity"]” (Harvard Kennedy School). Indicators have shown a high percentage of food pantry clients had to regularly engage in food acquisition from social networks to fill in food gaps, even if they were also receiving federal assistance (Kaiser and Hermsen, 2015). Neighborhoods with high social capital can have households that are “less than half as likely to experience hunger” than households in neighborhoods with low social capital (Martin, et al., 2004, p. 2652). Through interviews and participant observation at a local food pantry in Gladstone, Oregon, the claim of the presence of social capital in a community as an important factor in mitigating food insecurity was further explored and the findings correlated with the research. When the Gladstone community implemented a strategy to gather different organizations to work together, they increased their social capital and increased their capacity to assist food insecure and hungry citizens. They created a stronger social network where, as a result, both community organizers and citizens know how to access support.

Did you know OSU's University Housing and Dining Services is committed to sustainable food sourcing?