George Alexander Louis, His Royal Highness Prince George of Cambridge: third in line for the throne of England. American media was saturated with news of his birth. But why does his blanket-draped figure cover our newsstands? What needs to be said about a boy who can’t yet speak? Will he even ‘rule’ the United Kingdom? In how many decades? 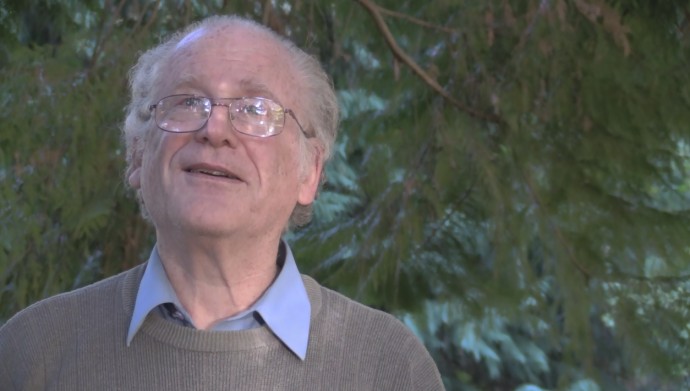 One of professor Paul Kopperman’s many specialties is English Tudor-Stuart history, allowing him to view the current royal family—and its newest member—as simply the next notes in a wild symphony of succession. This knowledge helps him, as well as his students, gauge the

The first thing Kopperman does is to draw a line in time, right at the end of the 17th century, to demarcate when the meaning of the monarchy changed. Britain’s 1689 Bill of Rights had already put most of the power in Parliament, and the Act of Settlement in 1701, apart from establishing the equality of male and female royals, finally ended the Crown’s influence over judges and the House of Commons. The idea of the monarch as supreme ruler was over.
“The significance of the succession in that sense,” says Kopperman, “that the incoming monarch is going to wield tremendous authority, just isn’t there anymore. The monarchy, in terms of actual power, is scarcely a shadow of what it was in the time of the first Elizabeth.”

Without their official political power, some might wonder why the U.K. even maintains the Crown.

“There are some very practical considerations,” says Kopperman. “We can talk about the expenses associated with maintaining a monarchy, but it’s nothing compared to the money that they’re bringing in through their tourist industry, which would take a big hit if the monarchy were abolished.”
The Crown Estate, which is a property portfolio owned by the Crown, also directly benefits the British people. A majority of the revenue goes into Her Majesty’s Treasure (a department of the U.K government). In 2012, those annual profits were over $380 million, of which only 15 percent went back to the Royal family.

The Popularity of a Practical Britain

There is also a reluctance among the British to anything smacking of change.
“There is this remarkable stability in British history,” Kopperman says. “That comes largely from the willingness of the people to just let things ride, unless there’s some real problem, and the monarchy is not really threatening in any way.”
Much less than threatening, Elizabeth II and her father, George VI, helped to usher in almost unanimous support for the Crown at the start of this 21st century.

“The monarchy right now is tremendously popular,” says Kopperman. “It’s something that seems to go across classes. The elite tend to like the monarchy; the working classes tend to like the monarchy. There aren’t many things that they agree on in fact, but the monarchy is one of those.”
And into this advantageous situation now enters Prince George. Though he has had help from his predecessors, Kopperman notes that an heir’s birth has historically been the cause—or excuse—for celebration.

“It’s long been traditional that when there’s a birth of an heir people get very excited,” Kopperman says. “Cannons are shot off. There are fireworks displays. It’s an excuse to get really thrilled. Particularly in past centuries when there weren’t all that many options when it came to entertainment and pageantry and having fun, this was a big deal.”

These births allowed medieval peasantry, and the working classes of more recent centuries, to enjoy enthusiastic fanfare that came at least partially from the monarchy’s pocket. But anyone waiting for Prince George’s coronation celebrations may have to start becoming concerned with their longevity.
“It’s going to be a very, very long time before this baby George ever becomes king,” says Kopperman. “We could well be talking 60 years or more down the road.”

Despite his long wait and the decrease in absolute royal power since 1700, Prince George may in fact enjoy an increasingly important role as a non-ruling royal compared to the responsibilities of people who held his position historically. Those in line for the throne of an older England were often only allowed to wait for their ascension, without participating in the aid of their nation.

“They didn’t tend to have very significant political authority,” says Kopperman. “A prince or princess: you didn’t find them doing much, having actually official offices, or participating in any way that wasn’t ceremonial as an army officer.”
This lack of involvement is juxtaposed modernly with Prince George’s uncle, Prince Harry, who has served two tours in contested war zones. “I can’t really think of a prince, or anyone as close to the succession as Harry, who’s really been in the line of fire the way he’s been,” Kopperman says. “You have to go so far back I can’t think of anyone.”

In addition, contemporary international politics have made the royals key ambassadors to any nation that was once a British colony. “Put it this way,” says Kopperman: “whenever Elizabeth—or for that matter Prince Charles or Prince William—goes abroad to one of the commonwealth nations there’s always a full itinerary and fanfare and photos.”

Living Under the Lens of the Media

While Prince George will get to savor his important role, he will also never be without the social sting of a public position. And this is an aspect which has transcended time. “Long before the paparazzi and messages going viral and everything like that—24/7 reporting—it was impossible for those closest to the throne to have private lives,” Kopperman says. “The new George is certainly not going to have that. He’s not going to lead a normal childhood.”
But why does the world care before he can even make his own decisions?

“This is the decisive issue,” Kopperman says: “they happen to be celebrities because of their relationship to the throne in Britain. And as celebrities go, they are fairly public. The royals are supposed to be out there, it’s their job. One thing that’s amazing about the popularity of the monarchy—and the royals generally—is that it transcends generations. It’s really a binding thing.”