Eva Mozes Kor will never forget the cattle car packed with fellow Jews, the painful injections that caused high fevers and the spray of machine gun fire that miraculously missed her. She and her twin sister, Miriam, somehow managed to survive Auschwitz and the deadly medical experiments performed on children by the notorious Nazi doctor, Josef Mengele.

Kor, now 82 and a resident of Terre Haute, Indiana, will talk about those experiences at the 30th annual observance of Holocaust Memorial Week at Oregon State, which will take place May 1-6.

Holocaust Memorial Week raises awareness not only of the Holocaust, but also other campaigns of genocide and large-scale human-rights abuse. Over its exceptional 30-year run, the breadth of the program — lectures, exhibits, plays, concerts, films and conferences — has greatly expanded. 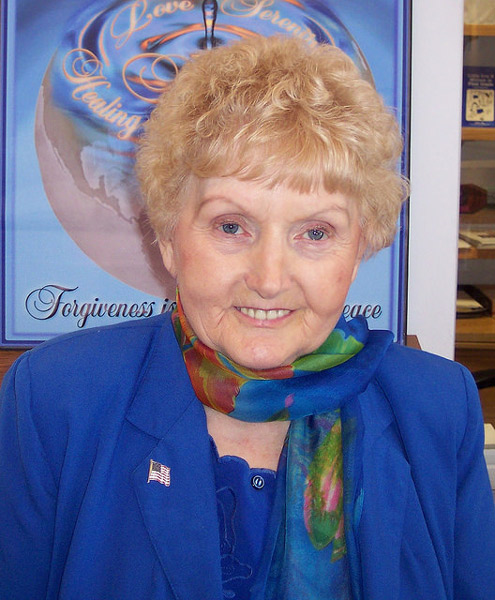 “We want to empower people, especially students, to help increase respect for diversity, reduce hate and confront genocide, a persistent problem in the modern world,” says Paul Kopperman, a professor in the School of History, Philosophy and Religion, which has housed the Holocaust Memorial Program since 1994. Kopperman also serves as chair of the Holocaust Memorial Committee and has been teaching “The Holocaust in its History” at Oregon State since 1998.

“Our program is exceptional in part because of its longevity, but also because we’re always including topics we’ve seldom or never dealt with previously, which keeps the program fresh,” says Kopperman.

In the past 30 years, for example, the program has brought in presenters like Sam Soldinger, who survived the Holocaust because he worked in one of Oskar Schindler’s factories, a story that was portrayed in the 1993 Steven Spielberg film “Schindler’s List;” Nechama Tec, the author of six books on the Holocaust, including a memoir of her own experiences in Poland; Robert Jay Lifton, a professor of psychiatry and psychology who has written about the “genocidal mentality;” and Alexander Hinton, a scholar on the Cambodian genocide.

The Holocaust Memorial Program’s mission also goes beyond the university. “No other program at OSU involves the community so thoroughly and reaches out so enthusiastically to K-12 faculty and students,” says Ben Mutschler, the director of the School of History, Philosophy and Religion.

For the second year in a row, Holocaust Memorial Week expands to Portland. In 2015, Holocaust survivor Judge Thomas Buergenthal spoke. This year, Kor will give her talk, “On Forgiveness and Dr. Mengele” on May 1 at Congregation Beth Israel in Portland and the next evening at Oregon State.

The program continues in Corvallis May 3 with a panel of Oregon State faculty and students who will present “Eugenics and Scientific Racism in the Pacific Northwest.” Eugenics, the pseudo-science of racial improvement that was often used to vilify minorities, was popular among the Nazis, as well as others throughout Europe and the U.S. A eugenics course was taught at Oregon State for 60 years before being discontinued in the late 1960s.

“This panel may well surprise the audience. I expect to see some jaws dropping,” Kopperman says. “As horrific as the Holocaust was it’s far from the only episode of genocide.”

Each year, to increase its reach, the program includes a major event on comparative genocide. On May 4, University of Wisconsin professor Scott Straus will discuss his specialty, the Rwandan Genocide of 1994, and the general causes of genocide.

Holocaust Memorial Week 2016 will conclude May 6 with a student-led conference on human rights, particularly as they relate to the ongoing refugee crisis in the Middle East.

Looking to the future of the Holocaust Memorial Program, Kopperman envisions workshops for teachers from throughout Oregon who want to learn more about the history of the Holocaust, how and why it happened and anti-Semitism. He says, “It’s important to pass that knowledge on to others. Only then can we attempt to break the cycle of hatred that leads to further genocides.”

For more information on the program and the full schedule for Holocaust Memorial Week 2016, visit holocaust.oregonstate.edu.