Lighting up the Bard

OSU alumna Sarah McKenney never thought she would pursue theater as a career. As a business entrepreneurship major, she fully intended to leave the world of theater behind her. But with an open mind, a passion for theater and a lot of practical experience, Sarah ended up completing her degree with a minor in theater on her diploma.

Now she works full time as a lighting technician for the world-renowned Oregon Shakespeare Festival (OSF). Located in Ashland, OSF runs for eight months out of the year and attracts hundreds of viewers, actors, and directors. It was during a field trip with OSU theatre’s Masque and Daggers club in fact, that McKenney set her sights on working for OSF.

"The first play we saw was (Shakespeare’s) ‘Measure for Measure,’ but what really set me over the rail was the next show, (Tracy Letts’) ‘August, Osage County.’ Not only was this an equally spectacular production - it was the same theater, on the same day, with a completely different set. Coming in and seeing a two story house where only hours ago nothing but a white box had sat, made me realize that I had to work there to see how that magic happened and be a part of it," McKenney said.

Theater had been a big part of McKenney’s life since she participated in her high school's drama club at the School of Science and Technology in Beaverton, Ore.  But at that time, her focus was primarily on acting and directing. It wasn't until coming to OSU and taking a lighting design class that she began to understand the importance of everything that goes on back stage. An internship at the Majestic Theater in Corvallis highlighted that importance.

"I also earned a lot first hand by being thrown into it,” she said. “I learned that you can change the meaning of a whole scene by changing the filter on your light source, or by changing its location." 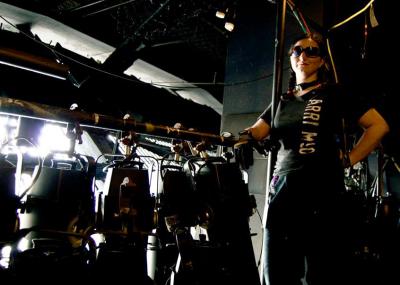 After graduating from OSU, McKenney put her minor to work and applied for a number of internships. Eventually she decided to improve her resume by moving to the East Coast, where there were more opportunities. There she held a variety of theater positions, including working as a lighting technician. Though her time on the East Coast was great, McKenney said she dreamed of returning to Oregon and working for the Oregon Shakespeare Festival. And she did.

In October, 2014 McKenney returned to Oregon, and with numerous college productions under her belt, the internship experience she garnered during her time at OSU, the business degree with a minor in theater, and the professional theater experience gained back east, she was hired as an electrics technician and lighting programmer for OSF.

McKenney's typical workday at OSF includes hanging, circuiting, and maintaining a wide array of lighting instruments and special effects. As a programmer she also controls a lighting console which she describes as "a large computer dedicated to controlling every light in the building." All the while she is on a headset following the cues of the production’s designer, who dictates what needs to be typed into the lighting console. McKenney turns the designer’s wishes into reality.

Looking back at her time at OSU McKenney says she really appreciates the opportunities she had with OSU theatre. The small program, she says, allowed her to gain experience in every aspect of theater production, to get to know her classmates and the theatre faculty well, and to make professional connections that will last a lifetime.

"The theater community is a tight knit group. It’s filled with such interesting characters, and that really drew me in," McKenney said.

As a successful professional working in theater, what advice, if any, does Sarah have for students? Volunteer, she says. Get experience.

“If you are interested in it, then do it. There are theaters everywhere in dire need of actors, stage hands, and volunteers for any number of duties," she said.

You can follow Sarah and other women who work in lighting for OSF on social media via #LadyStageHands, where they often document their behind the scenes activities.

Alexa Munsee, a senior in New Media Communications, is a writing intern for the School of Arts & Communication. 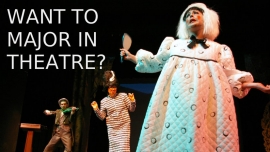 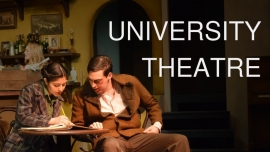