“A lot of the work that is being done is arguing why we are valid as human beings. That’s not up for argument,” says WGSS MA student Maxwell Sajaad López. 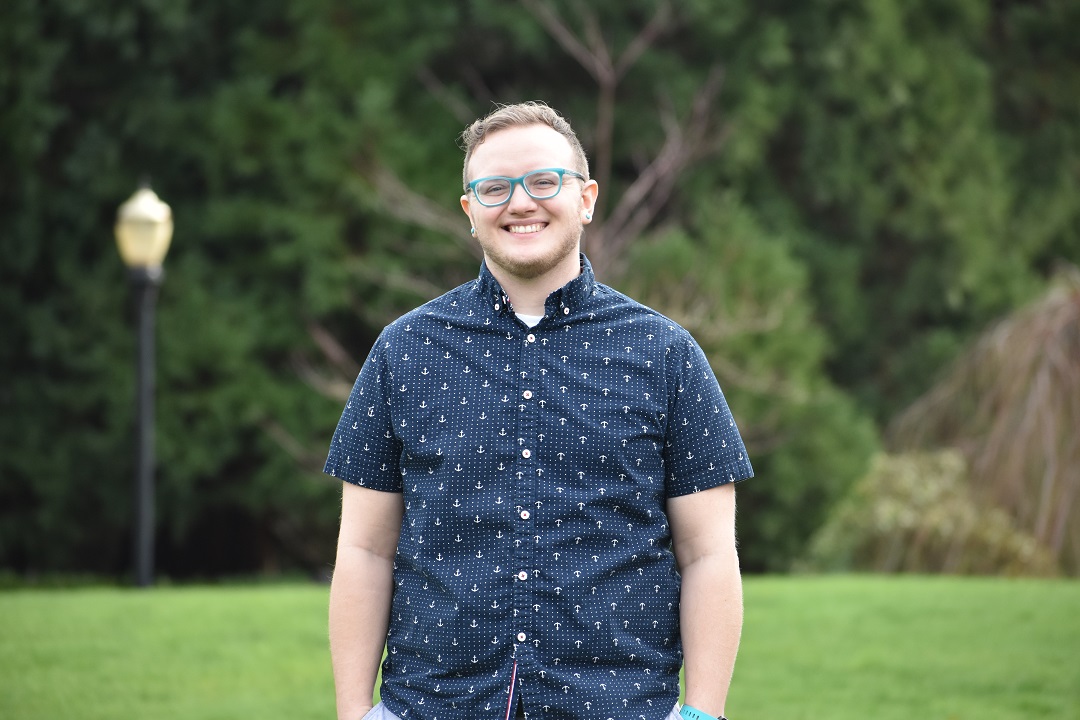 Maxwell Sajaad López is an MA student in the Women, Gender and Sexuality Studies program at Oregon State University. He is also receiving a graduate minor in Queer Studies. His research is focused on queer and trans Muslim spirituality and exploring what divinity looks like for the community.

A lot of the work being done about queer and trans Muslims is identity-based and looks at them as subjects of study, López says. “I am looking at how their spiritual practice is contributing to Islam. What sets us apart? What is important about our spirituality?” López explains are some of the questions that his research, which is rooted in a subjectless queer and trans Muslim critique, is trying to address. “A lot of the work that is being done is arguing why we are valid as human beings. That’s not up for argument,” he adds.

His thesis is based on biomythography work, inspired by Audre Lorde’s Zami: A New Spelling of My Name (Crossing Press, 1982)  in which Lorde engages in storytelling about her own life, making systems of power, oppression and privilege visible in her own story. López's work also draws on Aurora Levins Morales’ Medicine Stories: History, Culture and the Politics of Integrity (South End Press, 1999) . “How do I link my story with histories of colonization and slavery? How do we make sense of the present by better understanding the past? How do we fold that into the present and how do we fold that into the future?” are some overarching questions that he is trying to find answers to in his work.

López completed his Bachelor of Arts degree with a double major in Human Rights and Political Studies from Bard College in 2010. He presented his work at the National Women’s Studies Association’s annual conference in San Francisco in November, 2019.

What was your journey like that led you to the Master's program here in Women, Gender and Sexuality Studies?

I was a caregiver for 10 years and I was out of school for eight years. Caregiving is a very conservative industry. I wanted to be somewhere where I could be out and be myself and do work that interested me.

Gloria Anzaldúa, Audre Lorde and Aurora Levins Morales- I am drawing very heavily on their work for my thesis, and on their idea on the role of storytelling, and why we have to look at our own lives and position ourselves in these wider systems of power, privilege and resistance and how that work influences the world around us. Octavia Butler is one of the biggest influences on me, too. I started reading her long before I ever had a complete grasp of what feminism is. Her work was the first time I saw women of color in the future or the past enacting feminism or creating their own ways of resistance in a way that allowed for imagining for our world.

I feel like I am actually making a difference, I am impacting people’s lives. I like to think about the most pivotal moments in my life and some of the most radically healing transformative moments I have ever had have been in a classroom. I just want to open that space for somebody else to experience. In WGSS, particularly, there is this opportunity where a lot of students are coming to our classrooms and it’s the first time they have ever seen themselves represented in text, or the first time they have ever had words to put to the things that impact them every single day. It is so important to give them these tools.

What excites you to be a part of the WGSS community and field? How has it influenced you?

I haven’t been in the field for very long. I read Medicine Stories by Aurora Levins Morales in 2012 and it felt earth-shattering for me because for the first time I was seeing her talk about how individual abuse on a personal level is linked to systemic oppression. It definitely has me thinking on a more systemic level, but also it’s putting more and more issues on my radar. Being in the field or in this program has helped me learn a little bit more about how to have compassion or be more generous with people who are still learning. It has made me question a lot of disposability politics. Part of what I have been learning is the overall concepts, but also how to interact with other humans a little bit more generously, or how to have collaborations or coalitions with people who maybe don’t have the same issues on their radar but are willing to work together or learn.

What does activism mean to you?

What were some misconceptions that you have come across about feminism?

I think there are some dominant narratives of feminism that are really toxic. The racism built into white feminist movements, and feminists who wave the banner of trans-exclusionary stuff. There are a lot of people pushing back against the concept of waves of feminism. I don’t think there are these clear-cut, defined waves people talk about. Pushing back against the concept that feminism started with the suffragettes, because feminism has existed on this continent long before colonial enterprises ever started here. I think the narrative about a single origin story of feminism is totally wrong.