Master of Arts in English 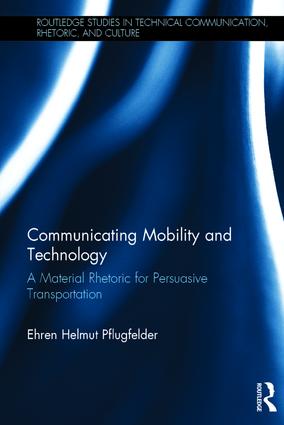 Communicating Mobility and Technology: A Material Rhetoric for Persuasive Transportation

Responding to the effects of human mobility and crises such as depleting oil supplies, Ehren Helmut Pflugfelder turns specifically to automobility, a term used to describe the kinds of mobility afforded by autonomous, automobile-based movement technologies and their ramifications. Thus far, few studies in technical communication have explored the development of mobility technologies, the immense power that highly structured, environmentally significant systems have in the world, or the human-machine interactions that take place in such activities. Applying kinaesthetic rhetoric, a rhetoric that is sensitive to and developed from the mobile, material context of these technologies, Pflugfelder looks at transportation projects such as electric taxi cabs from the turn of the century to modern day, open-source vehicle projects, and a large case study of an autonomous, electric pod car network that ultimately failed. Kinaesthetic rhetoric illuminates how mobility technologies have always been persuasive wherever and whenever linguistic symbol systems and material interactions enroll us, often unconsciously, into regimes of movement and ways of experiencing the world. As Pflugfelder shows, mobility technologies involve networks of sustained arguments that are as durable as the bonds between the actors in their networks. Click here to buy. 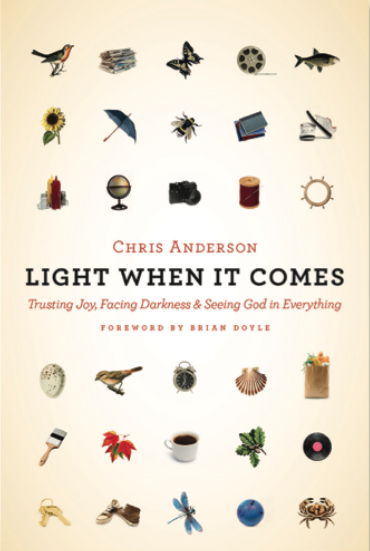 Light When It Comes

We all have moments of joy, moments that move us somehow, spiritual moments that we can't quite put a finger on. But then we rush on and soon forget. In this book Chris Anderson encourages us to remember and share such moments. What he writes will inspire readers who are hurting, doubting, or searching to find wisdom and meaning in their lives.

Drawing on an ancient prayer tradition, the examen of conscience, Anderson spurs readers to take stock of their own experiences. He shows how the examen can serve as a simple but powerful way to remember moments of light, of struggle, of joy. And however small or fleeting these moments are, through them God is always calling and meeting us. Click here to buy. 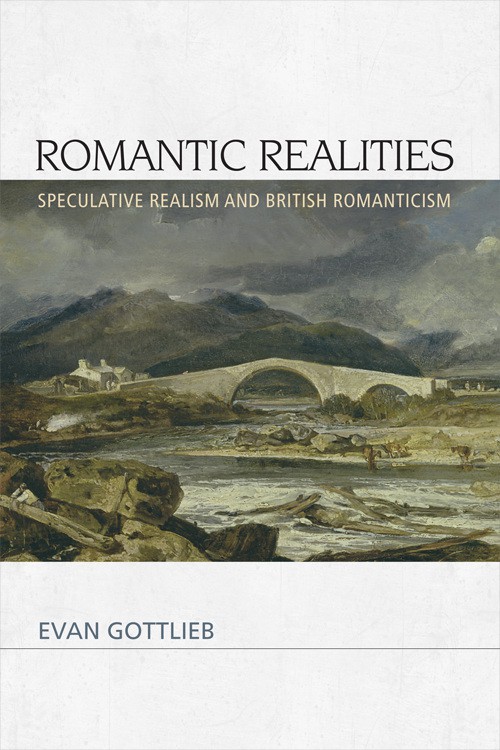 Speculative realism is one of the most exciting, influential and controversial new branches of philosophy to emerge in recent years. Now, Evan Gottlieb shows that the speculative realism movement bears striking a resemblance to the ideas and beliefs of the best-known British poets of the Romantic era.

Romantic Realities analyses the parallels and echoes between the ideas of the most influential contemporary practitioners of speculative realism and the poetry and poetics of the most innovative Romantic poets. In doing so, it introduces you to the intellectual precedents and contemporary stakes of speculative realism, together with new understandings of the philosophical underpinnings and far-reaching insights of British Romanticism. Click here to buy.

A Night With George Saunders
A write up by MA student Ryan Lackey on George Saunders's talk, who was recently hosted as a guest lecturer through Literary Arts in Portland.

New Research and Coursework in Digital Humanities
Why should English, writing, and humanities majors be interested in digital humanities? See how OSU faculty are leading the way with a course that will closely study the noted author Bernard Malamud (pictured above).