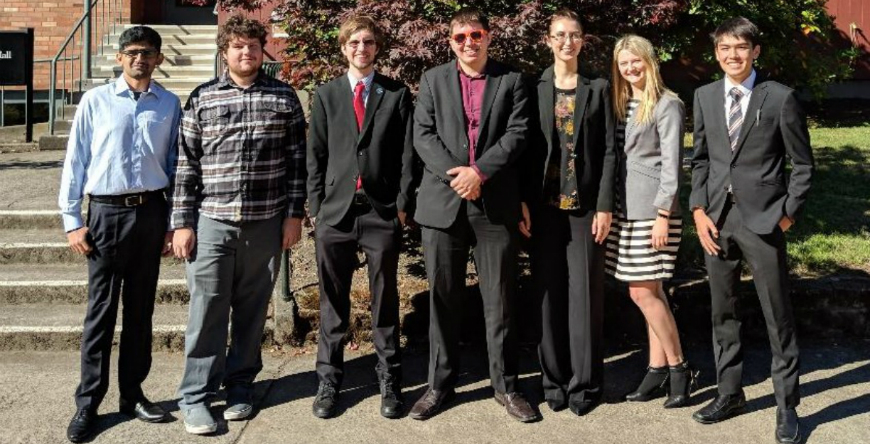 The tournament, which draws national-level competition to the Northwest, featured more than a dozen schools, including: Boise State University, Idaho; Whitworth University, Spokane, Wash.; and the University of Utah, Salt Lake City. The competition, the first official tournament of the season for the Northwest Forensics Conference (NFC), featured hundreds of individual event and debate entries.

“This tournament gets the season off to a fast and competitive start,” said Mark Porrovecchio, director of the team.  “To watch Sokoloski, Meyers, and Conroy do well against top students is truly gratifying.”

“The team is really looking forward to this season,” said Porrovecchio. “Based on our performance at Lewis and Clark, I think there are a lot more wins in store for us.”