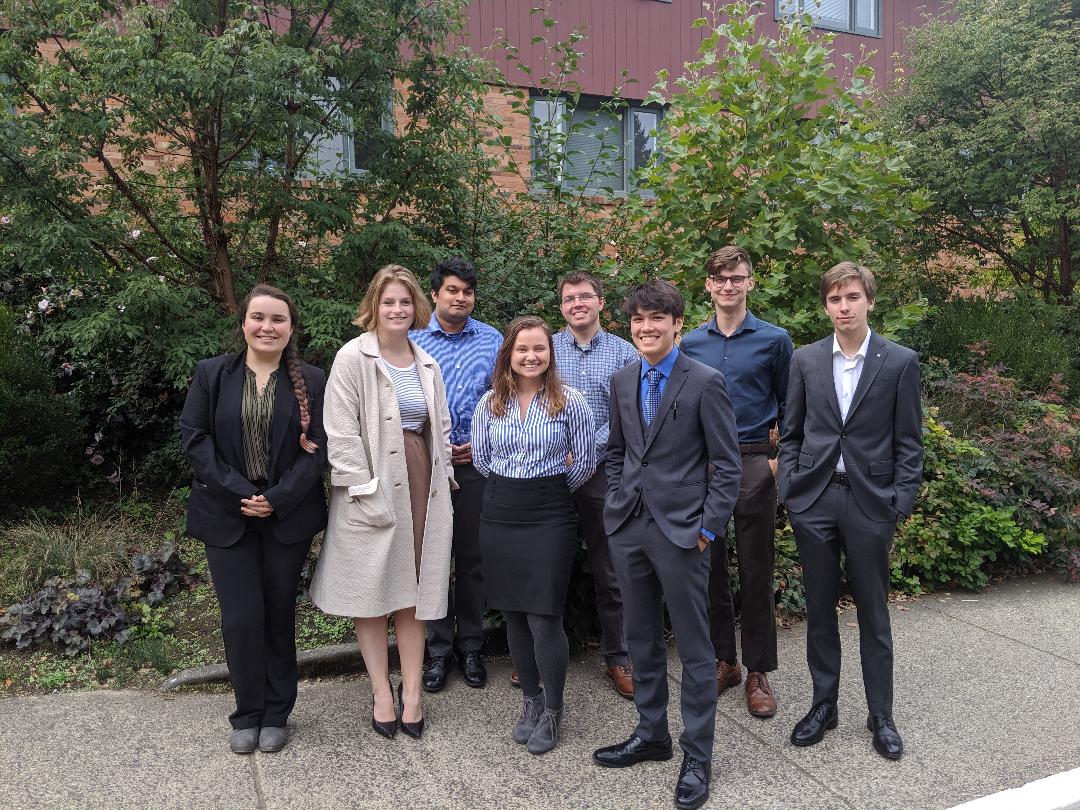 The tournament, which draws national-level competition to the Northwest, featured more than a dozen schools, including: Boise State University, Idaho; Whitworth University, Spokane, Wash.; and the University of Utah, Salt Lake City. The competition, the first official tournament of the season for the Northwest Forensics Conference (NFC), featured hundreds of individual event and debate entries.

Sophomore Kaitlyn Blake, a Management major from Concord, Calif., took fifth place in Novice Impromptu Speaking and competed in Novice IPDA Debate. This is only her third college tournament.

“The start of the season is always challenging,” said Mark Porrovecchio, director of the team, which has six returning competitors this year.

“It is wonderful to have a talented second year member like Blake do so well. It lights a fire for the newcomers and demonstrates the support she received from our junior and seniors,” Porrovecchio said.

The team was coached by graduate assistant Kaden Meyers of Sandy, Ore. Meyers, a former student competitor for OSU, is now a MAIS student in the speech communication area of the School of Arts and Communication.

“We are really looking forward to the rest of season,” said Porrovecchio. “This tournament is a learning experience for the team to build upon.”

Celebrating its 127th season, OSU Forensics is one of the oldest clubs on campus and a member of the Performing Arts Board in the School of Arts and Communication.  The team will attend eight – 12 tournaments over the course of the season, including regional traditions such as Lower Columbia College and Pacific University, and also venture to a national tournament in San Diego and an international competition in Narita, Japan.

The team is supported by student incidental fees, the money they generate from hosting a tournament on campus each February, and a generous endowment provided by Milosh Popovich, an OSU alumnus and former vice president of administration, in honor of his late wife Jeanne.

The team is open to all students in good academic standing regardless of experience or academic background.  If you are a student interested in participating, or a member of the community who would like to support the team, please contact Porrovecchio at mark.porrovecchio@oregonstate.edu, 541-737-8230.