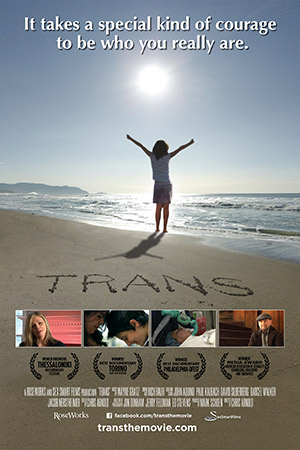 The inaugural Corvallis Queer Film Festival will run from Nov. 11-15 at Darkside Cinema in Corvallis, with all shows beginning at 6 p.m.

The event is sponsored by the School of Language, Culture, and Society and the Women, Gender, and Sexuality Studies program in the College of Liberal Arts at Oregon State University.

In addition to free screenings each night, one of the films’ directors will visit Corvallis and participate in a panel discussion. Highlighting the week is the appearance on Friday, Nov. 15, of Del Shores, director of “Southern Baptist Sissies,” which depicts the story of four boys who are gay growing up in the Southern Baptist Church – and how they dealt with the conflict between their religion and their sexuality.

Shores will participate in a panel about LGBTQ experiences growing up Southern Baptist from 3-5 p.m. in the Memorial Union’s Pan-Afrikan Sankofa Room (Room 213). Other panelists include Dale Dickey and Emerson Collins – two actors from the film – and Susan Shaw, director of OSU’s School of Language, Culture, and Society.

On Wednesday, Nov. 13, a reading of Shores’ play, “Sordid Lives,” will take place from 3-5 p.m. at the OSU Women’s Center. The play is about a colorful family in a small Texas town dealing with the death of the family matriarch – and the secrets about her that emerge before the funeral.

The free films to be screened include:

Darkside Cinema is located at 215 S.W. Fourth St. in Corvallis.

We recently had the chance to talk with Bradley Boovey, assistant professor of german and queer studies & history of sexuality, about how he helped organize the festival and what we have to look forward to.

How did the festival come about, and why is it important for Corvallis to host something like this?

The idea for the festival grew out of my own interest in queer film and queer cultural activism and from discussions with my colleagues in Women, Gender, and Sexuality Studies and Queer Sudies. Corvallis has become a great spot for film culture, and I thought it was time we provided a showcase for some of the fabulous work being done in film by LGBTQ-identified filmmakers. I also feel that it's important for us to challenge the ways public spaces such as movie theaters are used, especially in smaller places like Corvallis. Mainstream theaters rarely show the kinds of films we're bringing to town, and this is an exciting opportunity to hear some different stories. Stories by and about trans people, queer people of color, international filmmakers, and others.

How did you choose the films? Were students involved in choosing as well?

Students weren't involved this year, but I did get recommendations from a number of colleagues. In the future, the film festival will be the result of student work in a class I plan to teach next year on Queer Film Festivals.

What do you hope the community and students get out of the festival?

I hope the festival gives the community and the students a chance to enjoy some of the fabulous work being done in queer film these days. I also hope we're all inspired by the films to think about and connect with other people's stories and experiences.

Are you looking forward to any film in particular? Why?

I can't choose! I'm excited about them all.

Will this be an annual event?

Yes. In the future, though, it will be the result of student work in the Queer Film Festival course.