Reflections on the Path to a Religious Studies Major 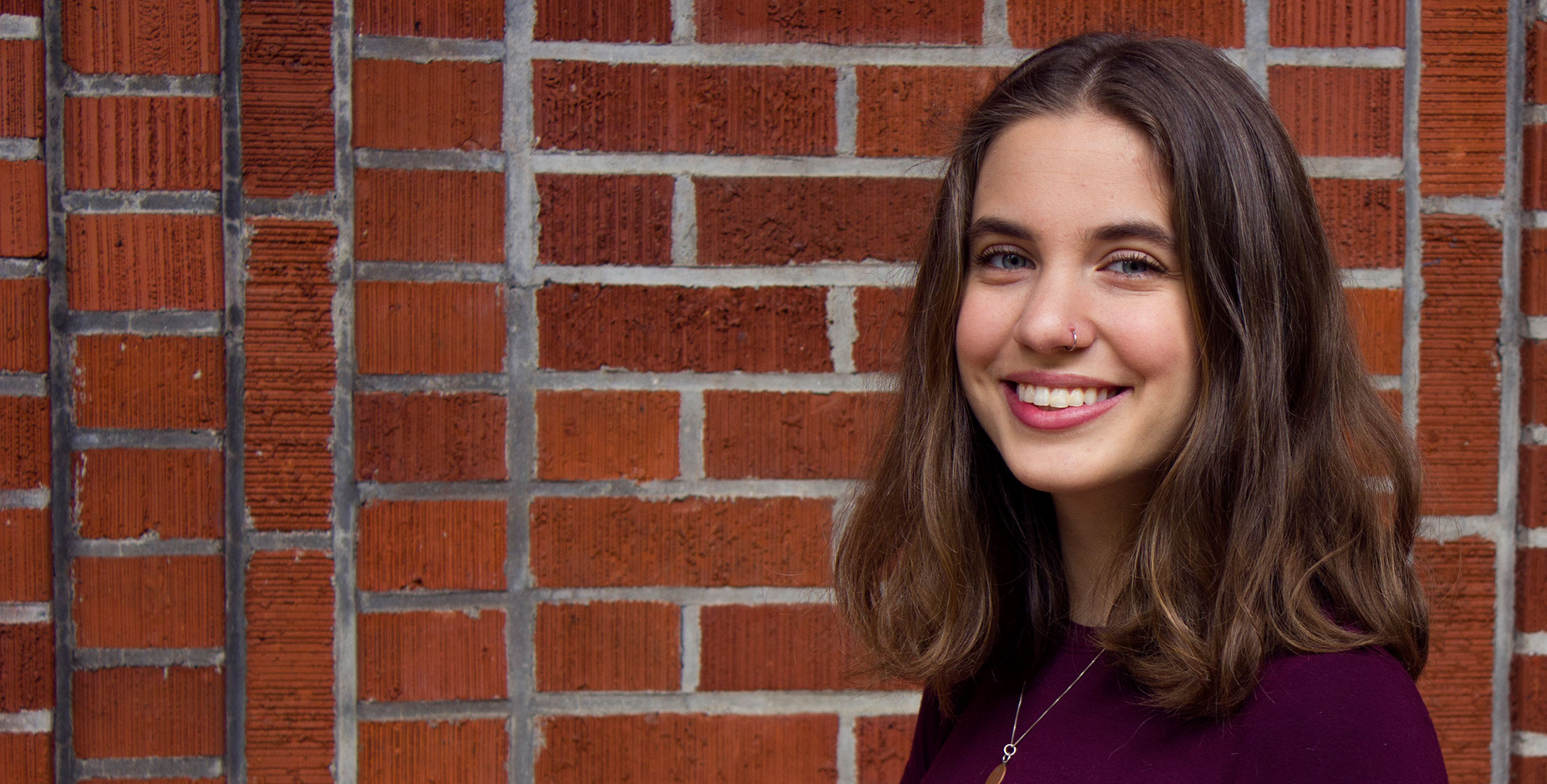 A native of Ashland, Oregon, Sarah Settimo was drawn to OSU because she wanted a different experience than the one she had when attending a small private Catholic high school. She was also drawn to the diversity that OSU offers and the size of the school. “Not knowing everyone that you see on campus is kind of fun, and it offers a greater experience of meeting people. There are also more activities and more student resources.”

What has been your favorite course so far and why?

My favorite course that I have taken was a special topics class with Dr. Koehlinger on Catholicism. It was a night and day experience from high school, where it was presented in a biased way. Dr. Koehlinger presented it from a non-bias standpoint and I became aware of all of the intersectionalities of Catholicism. It’s not just a religion- we looked at the intersection of gender, disabilities & race. It was a wonderful course that gave me a more in-depth look at Catholicism and the complexities of it.

What are some extracurricular activities that you are involved in and what do you like about them?

I am currently spearheading an initiative to create an interfaith club on campus. There is a religious studies club, on which I am a member of the board, but it is a more academic side of religion. We have a lot of campus ministries here at OSU, but we don’t have interfaith dialogue. Interfaith dialogue is basically conversations between faiths. The goal of the interfaith club is to bring people of different faiths together in order to understand the difference and similarities that we have. Having a club or safe space to talk is important.

What skills do you feel you have learned in the course of taking religious studies courses?

I think that the religious studies major gives you a great sense of critical thinking, of being able to analyze your own biases as well as other people’s. Religion is such an undercurrent of people’s lives. You see it really motivating historical events as well as current events. I think that is the case not just with religious studies but also the liberal arts in general: you learn to analyze things from different people’s perspectives and be open to new ideas and understating that your truth is not necessarily everyone’s truth, or even the truth at all.

Have you had a chance to work on any research projects?

I had the opportunity to not only plan but present at the Religious Studies Conference which was held here at OSU in the spring term. We had people come all the way from Gonzaga University and Puget Sound, which was great. I wrote a paper on the Uyghurs population which is a minority group in Xinjiang in the northwest of China. I talked about the contrast between the Uyghurs population and the Hui, which in a broad sense are considered the ethnically Han Chinese Muslims within China.

What do you hope to achieve in your future career?

My overall goal with my RS degree, no matter what career I go in to, is to make people feel comfortable with their faith and make them feel safe. One career option that I am really considering is Civil Rights Law because I want to represent people who are being oppressed, or are the subject of hate crimes in the U.S. I am also considering going in to International Relations. I am extremely interested in the Middle East, and I’d love to get involved there in some way. My last thought on what I want to do would be to become a professor.  I would love to teach people about religion and help them understand that religion is multifaceted, it is intersectional and it is interesting. It is not this archaic thing that died 2,000 years ago, it’s something that is living and breathing today, and it’s something that is so fascinating.