In Search of Other Stories: An Interview with OSU's Anita Guerrini 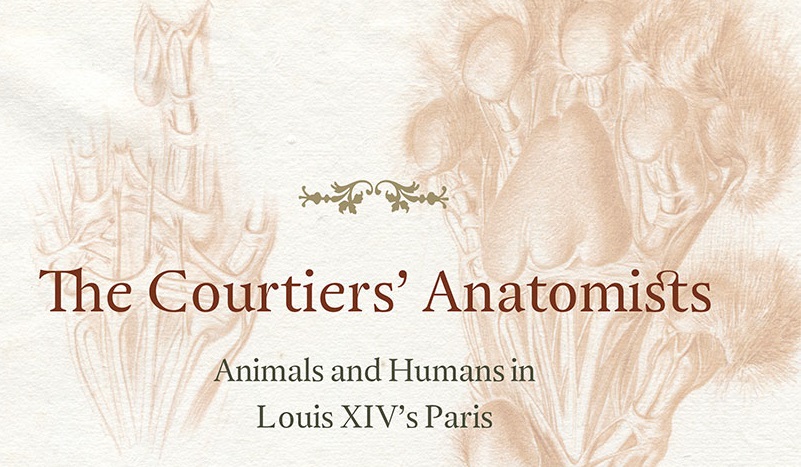 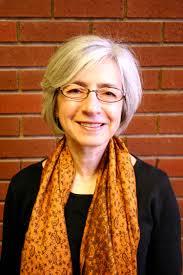 Anita Guerrini is a historian of science and medicine, currently one of two Horning Professors in the Humanities at Oregon State University. Before coming to OSU in 2008, she was a professor of History and Environmental Studies at the University of California, Santa Barbara.  She was educated at Connecticut College and Oxford University and received a Ph.D. in History and Philosophy of Science from Indiana University. Her research interests range widely in time, from the sixteenth century to the twentieth, but tend to coalesce around anatomy, natural history, the history of animals, and the history of food, and around the seventeenth and eighteenth centuries in Western Europe.

On one hand, your work delves into the often macabre world of seventeenth-century corpse-stealers, vivisection, blood-transfusion “rejuvenation,” apothecaries, monsters, and the iconography of the skeleton.  And then, on the other hand, you write about snowy plovers and ecological restoration. From whence did these seemingly disparate interests arise, and how do you see them overlapping?

Well, for one thing, a lot of this is about animals in some way.  I’ve worked on the history of animals in science since the late 1980s, but it took me a while to recognize that “animals in science” was not just about the lab.  I started working on a restoration project at UC-Santa Barbara in the early 2000s, and gradually came to see that history and restoration had some important interfaces with animals and science.  Last year I wrote the article on “Animals and Ecological Science” for the new Oxford Handbook of Animal Studies that allowed me to put together a lot of the things I’ve been thinking about on that topic.

Monsters (in the early modern context, that is between about 1500 and 1800) have a lot to do with figuring out the boundaries between animals and humans (as well as between male and female).  My new project on skeletons also touches on this: fossils, for example, were extremely confusing and disturbing to early moderns, who felt that they knew how the world was ordered, and extinction was not a part of that.  New World creatures also had an impact on that comfortable view of nature.  Collecting and displaying skulls in the eighteenth century also touched on issues of what exactly was human; was there a hierarchy that could include non-Europeans along a continuum with animals?  Everything was in flux.

Your latest book, The Courtiers’ Anatomists: Animals and Humans in Louis XIV’s Paris (University of Chicago Press, 2015), is due out on May 20.  In it, you argue that “dissection and natural history were as important as astronomy and physics in the events we call the Scientific Revolution.” Could you, in brief, describe your reasoning behind this?

I’ve taught the “Scientific Revolution” for close to thirty years, and the way I was taught it was Copernicus-Galileo-Newton.  Heliocentrism, mechanics, gravity.  That’s one story, and it’s a good one.  But there are other stories: what about Vesalius-Harvey-any number of naturalists?  I was struck by how many people dissected at some point in the seventeenth century, including both Galileo and Newton, and how changing views of the human and animal body, brought about by Harvey’s theory of the circulation, changed human views of their place in nature and the universe at least as much as heliocentrism.  But that story is just beginning to be told.  And, of course, animals played a major role in this story, both as experimental subjects and in the mostly-descriptive enterprise of natural history.

The food-writer and food-policy advocate Michael Pollan recently urged universities to “make food and food politics available to students as an area of study,” in part because “food issues cross the sciences and humanities, which makes them an excellent vehicle for advancing the entire idea of interdisciplinary study.”  Given that, in addition to your research on the subject, you teach a graduate-level course “Food in World History,” I’m curious as to your thoughts on the relevance of historical and contemporary food studies.

I came to food history via the subject of my first book, a slightly crazy 18th-century physician named George Cheyne who advocated vegetarianism.  It’s a wonderful and burgeoning field that mainstream historians are just beginning to take notice of, but it brings together so many things: the environment, science, social change, cultural difference.  Looking at world history through food is a real eye-opener.  My friend Rachel Laudan (who began her career as a historian of science) recently published a massive global history called Cuisine and Empire: Cooking in World History which is, importantly, about cooking and not about, say, agriculture although that comes into it.  One of the first things I wanted to do when I came to OSU in 2008 was to start a program in food studies, and I was really happy to find people in anthropology, including Joan Gross and Nancy Rosenberger, who were already working on that.  The program in “Food in Culture and Social Justice” offers an undergrad certificate and a grad minor.  Food studies seem like a no-brainer for a Land Grant university!

The mission of the Environmental Arts and Humanities Initiative is to bring “humanities scholars and scientists into close collaboration and, by that means bring together the full powers of empirical knowledge and cultural, moral, and spiritual understanding.”  In light of your own work at the Santa Barbara Coastal Long Term Ecological Research (LTER) site, could you could say a few words about these sorts of collaborations.

My work on LTER history has been very enlightening both for me and for my collaborators at UCSB.  There has been an interesting confluence in the past decade of concerns among the LTERs with human impacts, and it’s been gratifying to see historians coming into this world and bringing our ideas about how to study the past to the idea of “long-term” research  (I once gave a talk called “Putting the ‘Long-term’ into the LTERs”).  David Foster (a scientist), director of the Harvard Forest, has been really great at recognizing the potential for really long-term research (beyond the 35 years of the LTER system) and has exploited the rich archival sources available in New England.  It’s harder in the west without that archival base, but in Santa Barbara we collaborated also with archaeologists and found some really nifty material that we’re still writing up.  Our work there has also had an impact on historic resources at the site; I did a Horning conference a few years ago on history and ecology that focused on the intersections of historical resource preservation and restoration ecology.  There’s a lot more to do in that area.

What is the Andrews Forest History Project?  Is this something that future EAHI students could become involved with?

Blame Fred Swanson!  He realized that there was a wealth of materials on the history of the Andrews Forest (before and after it became one of the first LTER sites in 1980) that was in danger of being lost, and instigated a massive surveying project to figure out what was there.  It’s in file cabinets, closets, desk drawers across campus.  Sam Schmieding, an environmental historian, has spent the last 18 months finding what and where everything was and has a 1300-page descriptive list.  The next step is to create an Andrews Archive at SCARC, and that process is underway.  It will be an amazing resource for environmental history as well as for scientists who are interested in the many kinds of science that has been done at the site.  There’s something like 10,000 photographs, for example.  There are lots of possibilities for EAH students in terms of research projects and curatorial activities, as well as using the materials as a jumping-off point for artistic projects.  I think the archive will help to put us on the map as a place to do environmental history and environmental humanities more broadly. More can be found here.

EAH Launches Accelerated MA Degree for Sustainability Double Degree Undergraduates
Find out how you can get a head start on your MA degree.