A pink carnation. A hangman’s noose. An angry mob. And is that the Memorial Union in the background?

Indeed it is. Austin Hodaie and his team shot My Lumiere, their winning entry in the 2011 Campus MovieFest, on the MU Quad.

With no spoken dialogue, My Lumiere depicts a man in the last moments of his life imagining what he would do with just a few more seconds of freedom. It won Best Drama in the Campus MovieFest competition at Oregon State and was nominated for Best Cinematography in the international competition, in which students from 75 universities worldwide have one week to produce a five-minute film.

As the cinematographer, Austin sets the mood and drives the big idea. “That’s the part I love, expressing the idea through photography and light,” he says. “Photography is the truth. Filmmaking is the truth at 24 frames per second.”

Austin came to Oregon State with the attitude that the resources and opportunities would be here for him to pursue his passion for filmmaking. At the same time, he says, “nothing is going to come to you; you have to go out and get it.”

And so he has. Austin started working at campus TV station KBVR almost immediately during his first term, met the producer of Locals Live and got a job on the production crew. By the end of his first year, he was directing and co-producing the show.

“Come early, leave late,” he advises. “Take advantage of every opportunity and get involved as soon as you can.”

Austin went to Los Angeles for the international Campus MovieFest, attended film workshops and started making contacts in the industry. “That trip is really what solidified that this is what I want to do for the rest of my life,” he says, “and that was made possible by Oregon State.”

Austin has taken all the film classes offered here, and with encouragement from faculty mentors, he earned a scholarship from the University Honors College to help fund a 30-minute, post-apocalyptic film, his most ambitious project to date. With it, he bought a compact HD 35mm camera. “We wanted to shoot exactly the picture in our minds,” he says. “That camera makes it possible.”

In his first two years at Oregon State, Austin has laid a solid foundation for his future as a filmmaker. And unlike the character in My Lumiere, he has plenty of time to do the things he’s imagined. 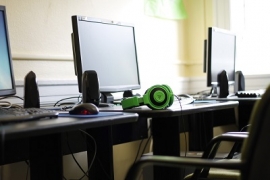 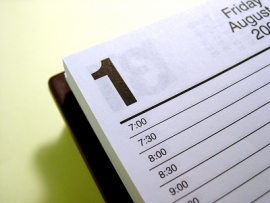