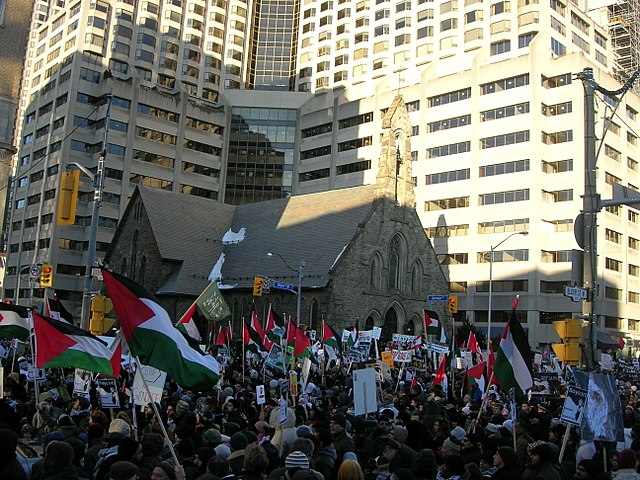 We, the faculty of Women, Gender, and Sexuality Studies and Queer Studies at Oregon State University, condemn the violence in Gaza against Palestinians as they continue to experience state and settler colonial violence from the current Israeli government. We express our grief and outrage at the recent murders of more than 145 Palestinian people including 41 children, and the wounding of more than 950 Palestinians.

As a movement of settler colonialism, the Israeli government’s apartheid and expansionism have dispossessed Palestinian people and created a system of oppression, perpetuating a cycle of violence that threatens the region’s most vulnerable people. As Jewish Voice for Peace notes, “While it had many strains historically, the Zionism that took hold and stands today is a settler-colonial movement, establishing an apartheid state where Jews have more rights than others. Our own history teaches us how dangerous this can be.” We know that settler colonial violence and militarized violence are deeply intertwined with gendered and racist forms of violence, and that Islamophobia, neoliberal capitalism, gendered racism, heteropatriarchy, anti-Semitism, and imperialism intersect. We condemn anti-Muslim, anti-Arab, and anti-Palestinian violence as well as anti-Indigenous violence in Palestine and everywhere. This includes the ongoing impact of Oregon State University, founded as a land-grant institution following the forcible removal of the Kalapuya people.

We understand what is happening in Palestine as a feminist issue. Palestinian women face specifically gendered oppression under the current Iraeli government and experience disproportionate impacts from violence toward Palestinians. Women are deeply affected by displacement and destruction, and they are often targets of gender-based violence. Furthermore, intersectional thinking reminds us that all of our struggles for liberation are tied together. As Angela Davis writes, “Insisting on the connections between struggles and racism in the US and struggles against the Israeli repression of Palestinians, in this sense, is a feminist process.”

May 15 is Nakba Day, marking 73 years of colonization, apartheid, and expansionism. Seventy three years ago on May 15th, Zionist paramilitaries enacted a mass expulsion of Indigenous Palestinians from their land (see also BDS). In 1948, 700,000 people were violently removed from their homes in cities like Haifa and Safad. 20,000 Palestinians were brutally murdered as they fought to keep their ancestral land. Today, Palestinians around the world mark this day as al-Nakba — the catastrophe. The Nakba is not just a moment in history, but is ongoing as evidenced by the escalating violence directed at Palestinians (see also B’Tselem, Human Rights Watch). This past week, we have witnessed the apartheid state of Israel enact forced expulsions against the residents in the east Jerusalem neighborhood of Sheikh Jarrah. This is a direct act of ethnic cleansing and violation of international law.

We call upon the government of the United States to acknowledge US culpability in the Israeli air strikes and to cease funding of Israeli military operations. As US-based scholars, we declare, “not in our name.”

We call upon members of the OSU community and beyond to learn and unlearn about Palestine and to get involved with the Boycott, Divestment, and Sanctions (BDS) movement, an organized transnational boycott of corporations and institutions that partner directly with Israeli companies that profit off of settler colonial occupation. We call upon OSU to divest from all companies that partner with and profit from Israeli apartheid, beginning with Hewlitt Packard, a company that has ties to the Israeli military industrial complex and prison industrial complex. Despite splitting into HP and HP-e to claim HP’s distance from the latter, the companies have not publicly clarified the specifics of their split or proven HP’s ending of unethical practices and profiteering.

We express our solidarity with the people of Palestine and with Palestinian students and community members at all OSU campuses and everywhere. We also express our solidarity with Indigenous people targeted by settler colonial, militarized state violence everywhere. We pledge to continue teaching about Palestine as a feminist issue, to teach about the violent intersections of Israeli apartheid and expansionism with other forms of oppression, and to support the movement for a free Palestine.