Step One: Get Inspired 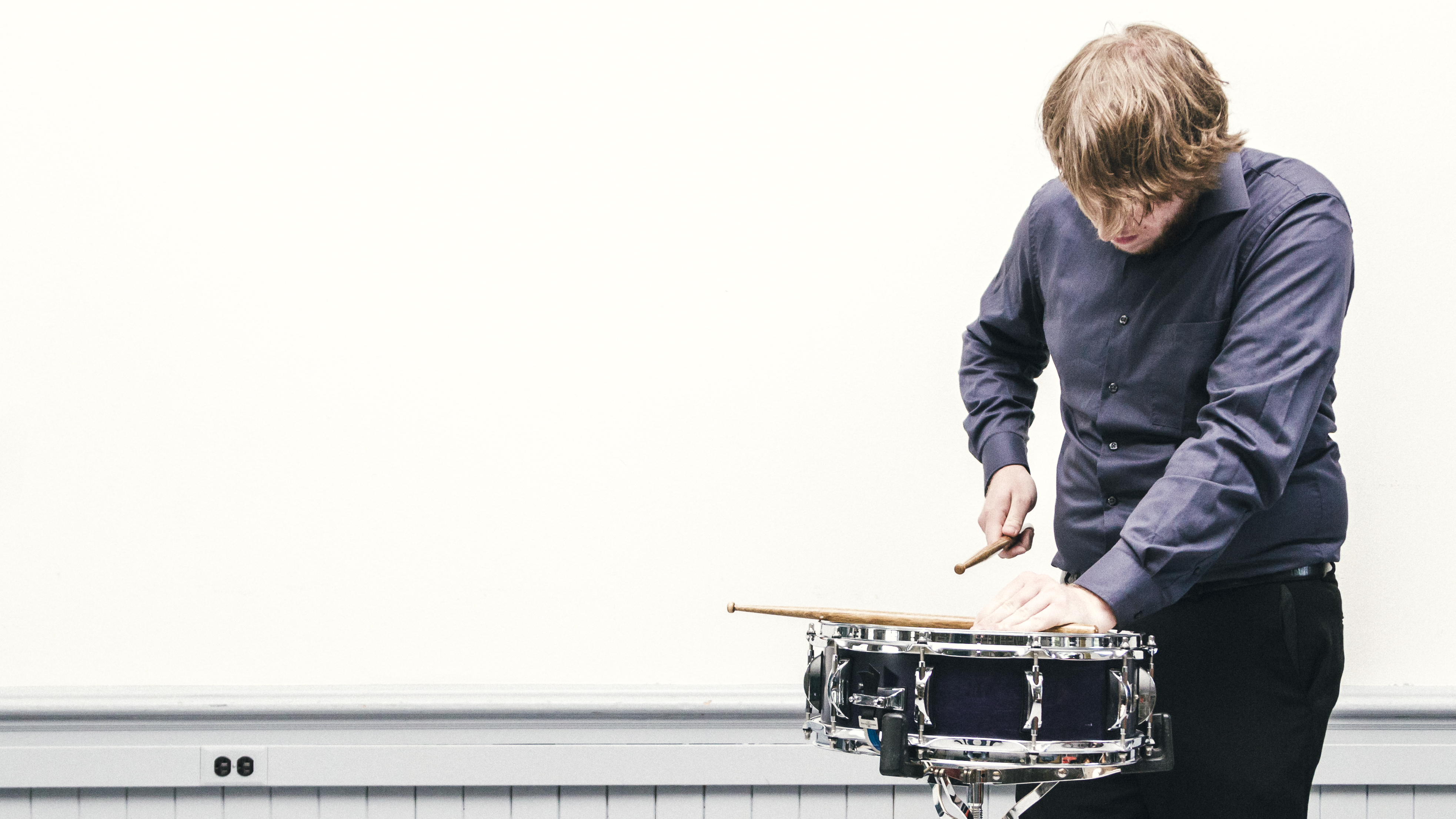 Even if you aren’t exactly looking for it, sometimes you’ll find just the thing you were seeking all along. Oregon State University music major Jade Hails ’18 recalls fondly the pivotal moment that marked his first step towards becoming a percussionist: seeing a flier for a drum workshop at Thurston High School in Springfield, Ore. and showing up to find out that it wasn’t quite what he thought.

Rather than a clinic, Jade – who had never played in a concert or marching band at that point and was, in his own words “just a rock drummer” – discovered that the event was actually tryouts for the Thurston High School marching band. He knew nothing about the specialized performance techniques competitive drumlines thrive on, nor anything about marching in a band.

Most young students, confronted with what must have surely seemed an insurmountable challenge, would have given up without even getting started. 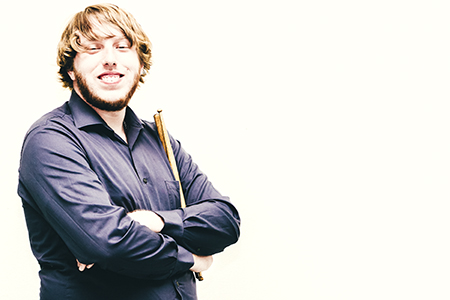 Jade didn’t give up. Refused to consider it, even for one second.

Inspired to do more, learn more, perform more, listen more, and see just how far he could take his passion for the drums.

That year, his first year of high school, a member of his marching band staff was from the famed “Blue Devils” Drum Corps. A quick search revealed a world he had never known: the drum corps percussion playing at a level he had never dreamed possible, emotional, awe-inspiring performances and a stunning display of hard work perfected over a long period of time. He was hooked. Not just on marching band, but on becoming a percussionist.

Fast forward to his first year at Oregon State. An experience that spring solidified once and for all that music was his path: his first gig with a large classical ensemble filled to the brim with bonafide professional musicians. The Corvallis Repertory Singers and Players were performing Karl Jenkins’ “The Armed Man” that April and Jade was invited to perform with the percussion section for the week. “It was a small orchestra [and choir], with important percussion parts and multimedia presentation. The focus was peaceful but also about the tragedies of war, and it was so overwhelmingly and stunningly beautiful that it made me want to do more of that.”

Jade came to Oregon State intending to study marine biology, but like so many students, his passion for music changed his major early on. This spring he will be completing two degrees: a B.A. in music performance and a B.A. in music education. The end goal is a university professorship paired with an active performance schedule, but for now Jade isn’t letting anything stand in the way of getting out there and getting started in his career. In fact, he’s got a head start.

Already Jade has established himself as a reliable freelancer, someone who can be trusted to get the job done and done well. Encouraged by Dr. Bob Brudvig, director of percussion studies at Oregon State, Jade seeks out performance opportunities outside of academe. Recent stints have included gigs with local and regional orchestras, maintaining his own private studio for percussion students from all ages and abilities and commercial recording projects, all while keeping up on his full time studies in Corvallis.

So what’s next for this busy senior who will be graduating in the not-so-distant future?

Practicing (of course), researching graduate schools and, most importantly, continuing to push himself to learn and experience more in order to become a more well rounded musician.

Step One: Get Inspired
Jade Hails '18 - Motivated by the unknown 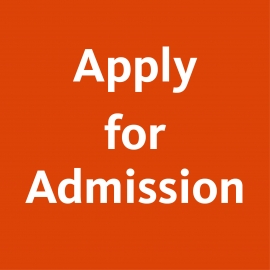