A Very Special Event Wednesday, May 25

The School of Writing, Literature, and Film & OSU Productions Presents:

WITNESS: War Photographers on the Battle Ground
a free lecture with Chris Johns

Ever since Roger Fenton made the first photographs of war in Crimea in 1855, photographers have risked their lives to make images of what they have witnessed in the heat of battle.  Those photographs have brought wars home to millions of people and influenced public opinion and public policy.

Come hear acclaimed photojournalist Chris Johns share essential insights on conflict photography, from 1855 to the 2022 invasion of Ukraine, and give the inside story on pivotal images that have changed our world. 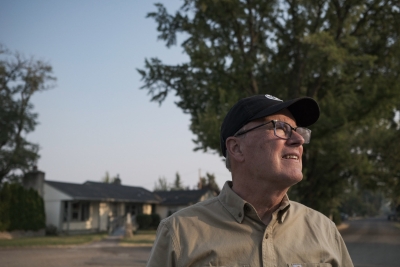 Chris Johns is a celebrated photojournalist, former Editor-in-Chief National Geographic, and OSU Alum. In 2022 he received the Lifetime Achievement Award from The Photo Society. He was named Magazine Editor of the Year in 2008, and in 2011, under his editorial leadership, National Geographic was named Magazine of the Year.  Chris Johns currently teaches in the Applied Journalism program in the School of Writing, Literature, and Film.

At this lecture, filming will take place for OSU Productions' upcoming documentary on Chris Johns, The Wonder and the Worry. See a teaser for this exciting project below:

The Wonder and the Worry - Teaser