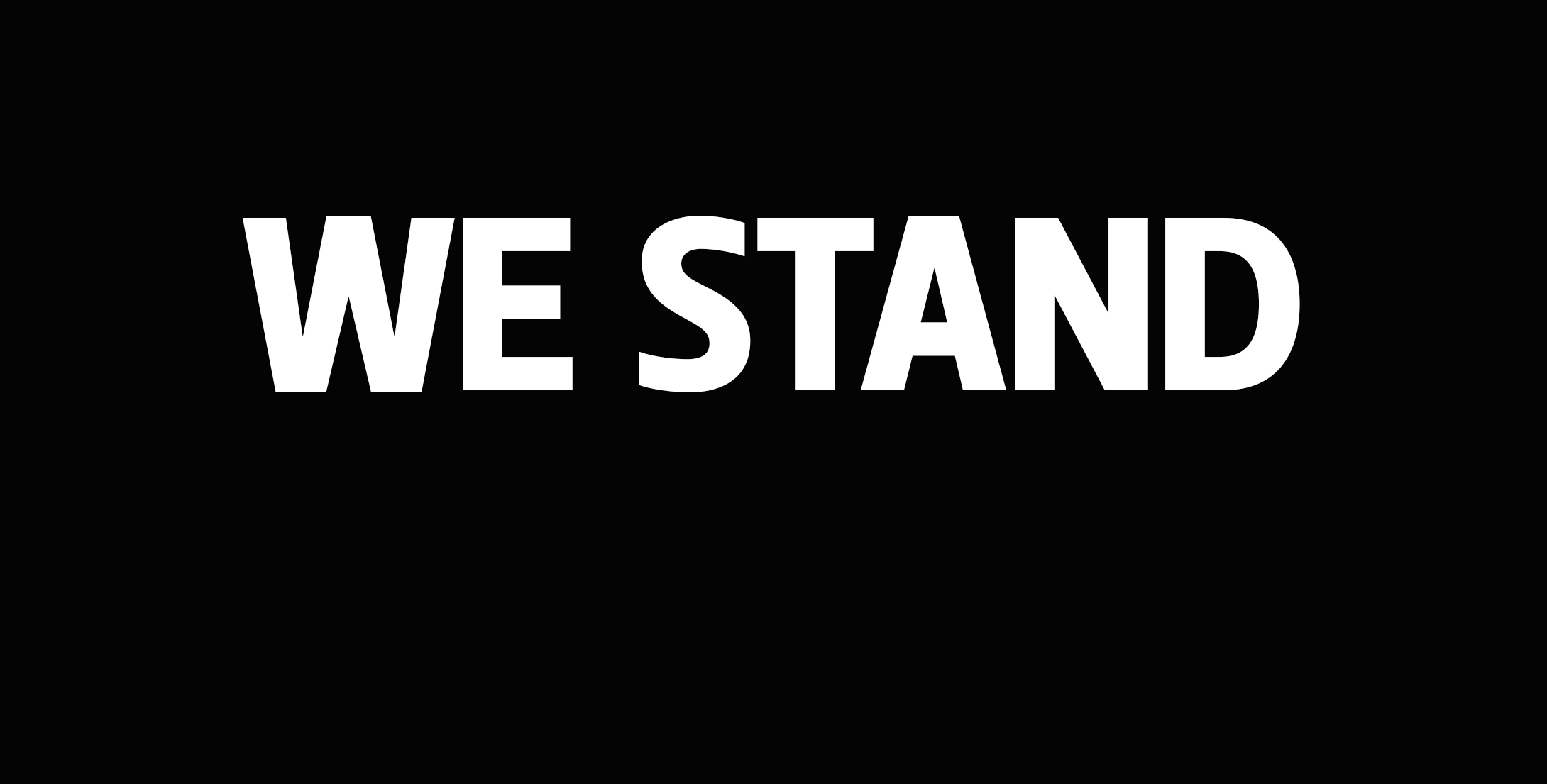 Board Statement on U.S. Executive Order “Protecting the Nation from Foreign Terrorist Entry into the United States"Statement Issued by the Board of Directors of the American Academy of Religion on January 30, 2017

President Trump’s recent executive order limiting and banning Muslim immigration to the United States from seven countries strikes at the heart of the mission and values of the American Academy of Religion, a learned society of some 8,500 members.

Our organization is committed to excellence in the academic study of religion and to making our scholarship freely available in order to foster the larger public understanding of religion.

The ban impedes that mission. Faculty members, students, and independent scholars who study religion depend on the freedom of travel to pursue their work. Already we have received reports of scholars who have been prevented from returning home to the United States from research trips abroad. The ban will also impede international students who hope to study in the United States and to American students who plan to study abroad.

At a more fundamental level, the ban conflicts with our values. We hold dear diversity, mutual respect, inclusion, and free inquiry, all of which the immigration ban jeopardizes. The ban erodes our hope that these values will serve as the foundation for all governmental decisions regarding our members as well as our colleagues around the globe.

Finally, the ban poisons the public’s understanding of Islam in particular and religion in general. It blatantly and explicitly discriminates against Islam and Muslims, and appears to provide special treatment of Christianity. It violates our national commitment to welcome persons of all religions.

With learned societies, colleges and universities, and educational leaders across the nation, we call on the President and Congress to retract the Muslim immigration ban and to denounce religious intolerance in all its forms.

The American Historical Association strongly condemns the executive order issued by President Donald J. Trump on January 27 purportedly “protecting the nation from foreign terrorist entry into the United States.” Historians look first to evidence: deaths from terrorism in the United States in the last fifteen years have come at the hands of native-born citizens and people from countries other than the seven singled out for exclusion in the order. Attention to evidence raises the question as to whether the order actually speaks to the dangers of foreign terrorism.

It is more clear that the order will have a significant and detrimental impact on thousands of innocent people, whether inhabitants of refugee camps across the world who have waited months or even years for interviews scheduled in the coming month (now canceled), travelers en route to the United States with valid visas or other documentation, or other categories of residents of the United States, including many of our students and colleagues.

The AHA urges the policy community to learn from our nation’s history. Formulating or analyzing policy by historical analogy admittedly can be dangerous; context matters. But the past does provide warnings, especially given advantages of hindsight. What we have seen before can help us understand possible implications of the executive order. The most striking example of American refusal to admit refugees was during the 1930s, when Jews and others fled Nazi Germany. A combination of hostility toward a particular religious group combined with suspicions of disloyalty and potential subversion by supposed radicals anxious to undermine our democracy contributed to exclusionist administrative procedures that slammed shut the doors on millions of refugees. Many were subsequently systematically murdered as part of the German “final solution to the Jewish question.” Ironically, President Trump issued his executive order on Holocaust Remembrance Day.

Conversely, when refugees have found their way to our shores, the United States has benefited from their talents and energy. Our own discipline has been enriched by individuals fleeing their homelands. The distinguished historian of Germany Hajo Holborn arrived in 1934 from Germany. Gerda Lerner, a major force in the rise of women’s history, fled Austria in 1939. Civil War historian Gabor Boritt found refuge in the United States after participating in the 1956 uprising in Hungary. More recently, immigration scholar Maria Cristina Garcia fled Fidel Castro’s Cuba with her parents in 1961. The list is long and could be replicated in nearly every discipline.

We have good reason to fear that the executive order will harm historians and historical research both in the United States and abroad. The AHA represents teachers and researchers who study and teach history throughout the world. Essential to that endeavor are interactions with foreign colleagues and access to archives and conferences overseas. The executive order threatens global scholarly networks our members have built up over decades. It establishes a religious test for scholars, favoring Christians over Muslims from the affected countries; and it jeopardizes both travel and the exchange of ideas upon which all scholarship ultimately depends. It directly threatens individuals currently studying history in our universities and colleges, as well as our ability to attract international students in the future. It also raises the possibility that other countries may retaliate by imposing similar restrictions on American teachers and students. By banning these nations’ best and brightest from attending American universities, the executive order is likely to increase anti-Americanism among their next generation of leaders, with fearsome consequences for our future national security.

Supreme Court Justice Thurgood Marshall, like many of his colleagues before and since, did think historically in ways that should inform consideration of President Trump’s executive order. In a 1989 dissent (Skinner v. Railway Executives Association), Justice Marshall observed: “History teaches that grave threats to liberty often come in time of urgency, when constitutional rights seem too extravagant to endure. The World War II Relocation–camp cases and the Red Scare and McCarthy-era internal subversion cases are only the most extreme reminders that when we allow fundamental freedoms to be sacrificed in the name of real or perceived exigency, we invariably come to regret it.”

APA Board Statement in Response to Executive Order on ImmigrationJanuary 31, 2017 by APA Communications

The APA board of officers voted unanimously to issue the following statement, which was released on January 31, 2017.

American participation in the global exchange of ideas depends on free movement of students and scholars to and from institutions of higher education, academic conferences, and other venues for study, research, and scholarly interaction. The executive order issued on January 27 limiting entry into the United States by refugees and those from seven predominantly Muslim countries, and deterring travel abroad by immigrants in the US, disrupts the work of philosophers and scholars in all disciplines around the world and impedes students, teachers, and researchers from engaging in their educational and professional pursuits.

The APA’s mission is to foster open dialogue and the free exchange of ideas. Inclusion and respect for diverse people, religions, cultures, and ideas are at the very core of our work. This order goes against these values—values on which the United States itself was founded.

The APA is working to assess the impact of this executive order on our members and participants in our upcoming meetings. We will take steps to ensure that those affected are able to participate in our meetings to the fullest extent feasible and to advocate for and support philosophers whose lives and work are harmed by this order.

We stand with learned societies, colleges and universities, and others around the world in calling on the President and Congress to reverse this executive order and to denounce religious intolerance in all its forms.

The APA board of officers has voted unanimously to issue the following statement, which was released today, March 27, 2017:

The American Philosophical Association endorses the March for Science on April 22, 2017. Science, as we know it, emerged gradually from philosophical inquiry, from which it was not at first distinguished. And even as modern science came into its own, during the 17th and 18th centuries, many philosophers defended the new science and corresponded with scientists of the day; some even conducted their own scientific investigations. Today, important areas of philosophy—e.g., philosophy of science, philosophy of mind, cognitive science, philosophy of biology, philosophy of neuroscience, philosophy of physics—are devoted to understanding the concepts and methods of the natural and social sciences and to making use of scientific research in framing philosophical views. Other areas of philosophy—e.g., environmental philosophy, bioethics, computer ethics—investigate the ethical, political, and legal issues raised by advances in scientific knowledge and their practical implications. It is here especially that the humanistic aspects of philosophy come into their own, helping us to reflect on how best to respond to these advances and the opportunities they make available to us.

The American Philosophical Association thus affirms the importance of the mutually beneficial relationship between the sciences and humanities disciplines and stands in solidarity with the sciences. We join the March for Science and its partners in affirming the value of science to society, supporting robustly funded and publicly communicated science as a pillar of human freedom and prosperity, and calling for the enactment of evidence-based policies in the public interest.

Those interested in learning more about the March of Science, including its mission and its partners, should visit the March for Science website.