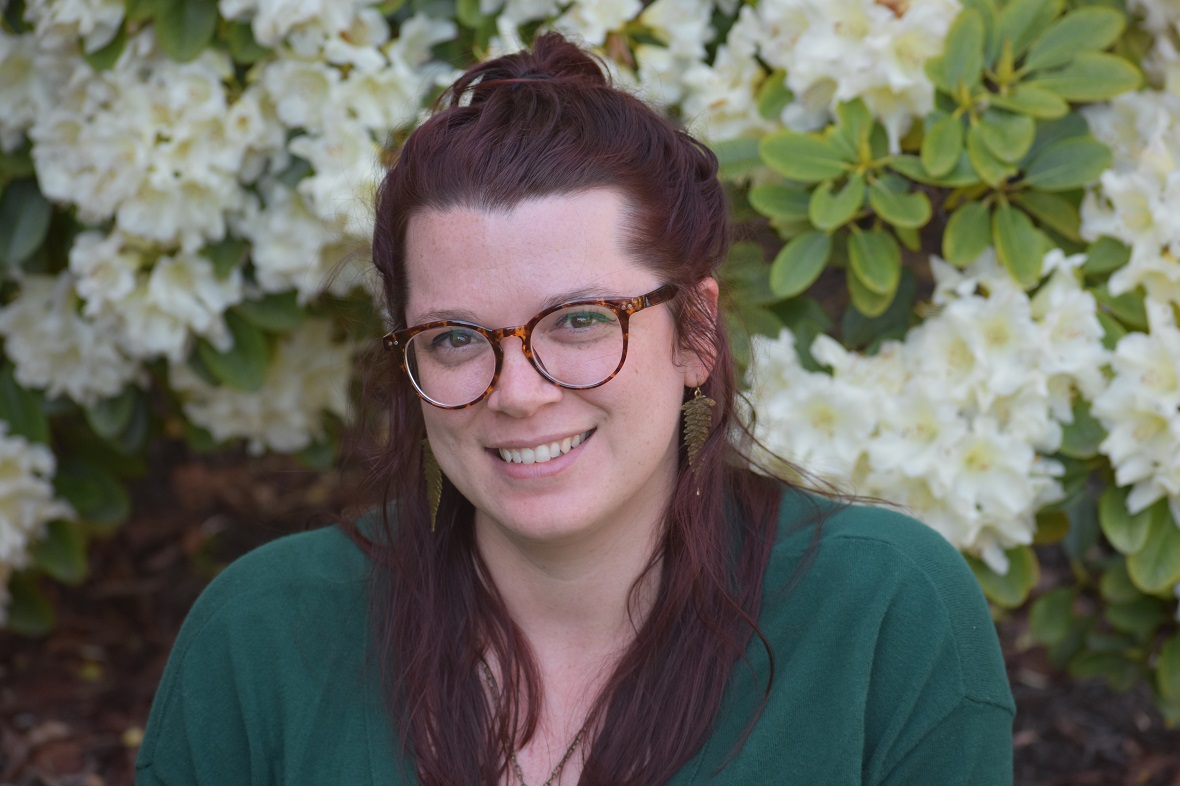 Jennifer Venable is a PhD Candidate in the Women, Gender and Sexuality Studies Program at Oregon State University. Venable hails from south Louisiana and her research interests include Cajun studies, critical race theory, critical whiteness studies, Southern studies and food studies. Through her research at OSU, Venable is interested in creating space in academic scholarship for the experiences and stories of Cajun women and their contributions to the ongoing histories of Cajun culture.

Her dissertation project is titled, “Mais La! We’re Cajun Too, Sha: Towards the Inclusion of Cajun Women in Louisiana Narratives,” and her through her work, Venable is looking at distinguishing how Cajun women understand themselves in relation to narratives of Cajun identity and culture and how their stories reshape or reinterpret Cajun history. Venable is committed to the preservation of Louisiana culture.

“My work seeks to give voice and authority to a population that has been historically excluded and provide the groundwork for new and exciting scholarship regarding the particularities of Cajun women’s experience,” Venable says. “I feel an urgent responsibility to my family and community.”

Venable completed her Bachelor’s degree in psychology in 2011 at the University of Louisiana at Lafayette and Master’s degree in Multicultural Women’s and Gender Studies at Texas Woman’s University. Venable’s most recent article, "Cajun Identity Through Food: Between the Exotic 'Other' and the White Culinary Imaginary,” was published in The Southern Quarterly. She has also presented her work at prominent conferences including the National Women’s Studies Association Annual Conference and most recently at The Environmental Arts and Humanities Conference.

What was your journey like that led you to the PhD program here in Women, Gender and Sexuality Studies?

In my junior year of my undergrad I watched some documentaries on factory farming and became very passionate about animal rights and animal welfare and became a vegetarian. I started reading up on the injustices that happened to non-human animals, especially in industrial animal agriculture. I read The Sexual Politics of Meat by Carol Adams who made connections between feminist theory and activism and animal rights activism. That was my first exposure to feminism that resonated with me.

I am from south Louisiana and Cajun culture. I think that there are a lot of women that I interacted with growing up who would probably never identify as feminists but showed me how to be a strong, empowered, resilient woman. Specifically I think about my mom and all of the struggles that she has overcome; she is definitely a big inspiration to me.

My desire to teach has been influenced from the positive experiences that I personally have had with inspiring and encouraging professors. Their impact on me as a student, individual, and scholar are the reasons that I desire to teach and am passionate about the classroom as a radical space of transformation. Because of their guidance and love, and because of the potential they recognized in me, I have been able to construct a positive and capable idea about myself that ultimately guides my work. As a feminist teacher, I would like to recreate similar relationships with my students in hopes that I might have a similar influence on their academic success.

What excites you to be a part of WGSS as a field and how has it shaped you as a person?

It is extremely intimidating sometimes, but really amazing and empowering to be learning about such important issues that have real life consequences. The things that we are learning about are directly connected to things that impact our daily lives and I don't know if everybody's work or field can say that or do that kind of important work. It’s a deeply personal field and has honestly shaped the most fundamental aspects of myself in terms of the values that are most important to me and the kind of person that I want to be in the world that we live in. It has also showed me how to be in relationship to people and communities.

Would you describe yourself as an activist? Do you have that side to your personality?

I do think that I am an activist. I think that we often see activism as these big gestures that get the most attention on social media or in news outlets. While I agree that activism can be located there, I also believe that activism can be anything done towards social justice or equity and equality; trying to lessen people’s burdens or fighting patriarchy on different fronts, trying to address racism. I also believe that writing and teaching are  forms of activism. Feminist classrooms are often radical spaces for students and teachers alike. And, in terms of writing, I think about coming across materials that really speak to the deepest part of myself; and it can be transformative if we can write pieces that others can feel a similar way about. Works that give voice to a feeling or experience that you didn’t know was possible to express. That’s activist work, too.