For centuries, the nomads of the Tibetan Plateau relied on a diet of barley, butter, milk, and yak meat. With an average elevation exceeding 14,800 feet, the region isn’t particularly conducive to agriculture, with the exception of barley. Killing and eating meat—particularly yak and sheep—was seen as a vital part of staying healthy but also as a necessary evil.

“We call yaks nor,” Tsehua says. “Nor means ‘treasure.’” Tsehua is the owner of Charu—a Tibetan coffee shop and co-working space in Chengdu, the capital of the Sichuan province of China. He grew up in the nomadic grasslands of Hongyuan County in the Amdo region of Tibet where his family tended to a herd of yaks. 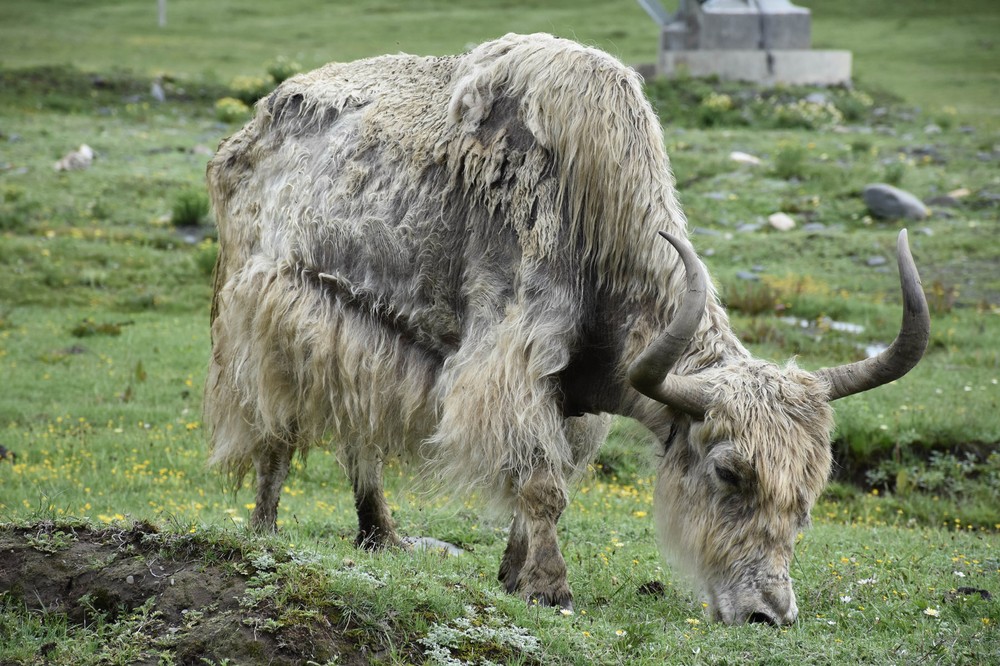 A yak on the Tibetan Plateau. Photos by the author.

“We kill for need. We pray and apologize for the deed. We don’t take it for granted,” he says. “Each animal is a life. That’s why eating fish is taboo in our culture; a fish can only feed you for one meal.”

Tsehua’s extended family killed just two yaks a year, which was enough to feed the clan for months. None of the yaks were ever wasted: meat was food, hair was used to make tents, bones became toys for the children. 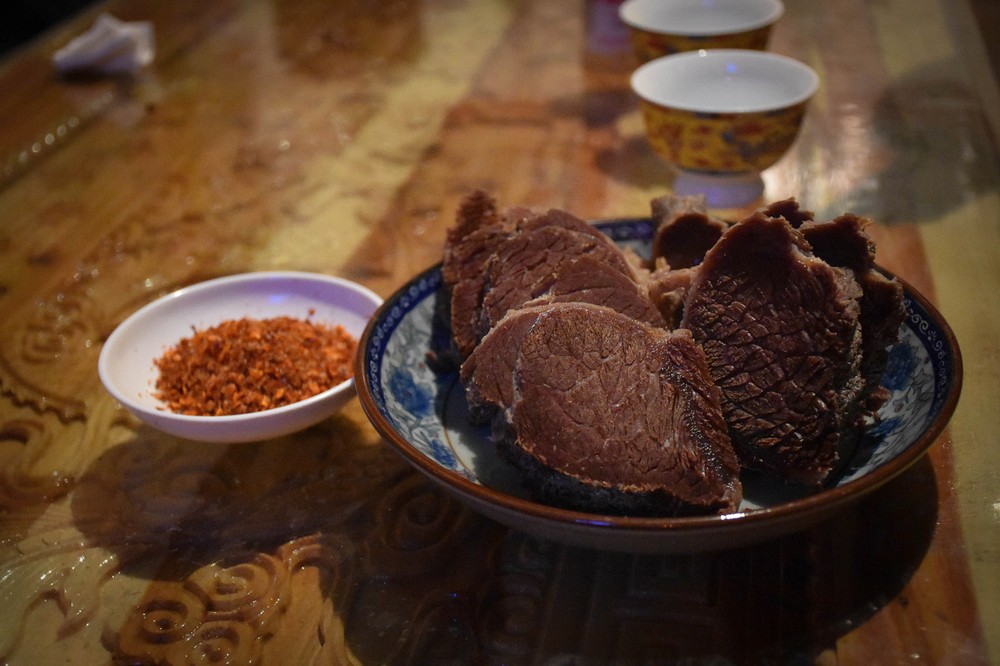 But since moving to the city, he’s become vegetarian.

“In Tibetan Buddhism, we promote non-harm to animals,” he says. “That’s why I always wanted to be a vegetarian. It was hard. As a nomad, we’re brought up with food with meat. It’s easier [to avoid meat] here in the city. There’s more access to alternative food sources.”

Tsehua is part of a contemporary wave of Tibetans who have fully embraced vegetarianism in the last ten to 15 years, as nomads and previously isolated towns have gotten access to other foods besides yak products. 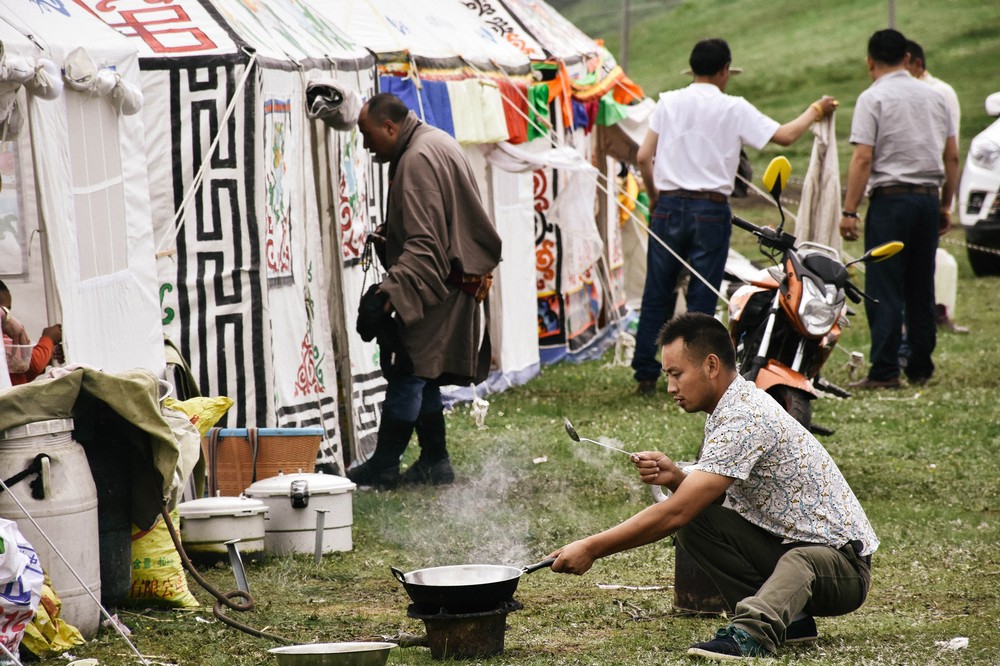 Cooking at a festival in Tagong.

“It was literally impossible to grow fruit and vegetables. A lot of my Tibetan staff had never seen an orange or a banana until they were in their 20s,” Jamin “Lobsang” York says. “Most Tibetans relied on foods they could get from yaks.” An American by way of Seattle, York owns the popular travel blog Land of Snows and has lived in Tibet for the last 15 years.

“What’s changing is the social-economic context. It’s easier to be vegetarian. Today, you can get from [the Kham region of Tibet] to Chengdu in a day. It used to take months and it’s not like you can transport vegetables for a month on the back of a yak,” Geoff Barstow says. Barstow is an assistant professor at Oregon State University who specializes in Tibetan vegetarianism. He is also the author of the forthcoming book Food of Sinful Demons: Meat, Vegetarianism, and Limits of Buddhism in Tibet, coming out in 2017. 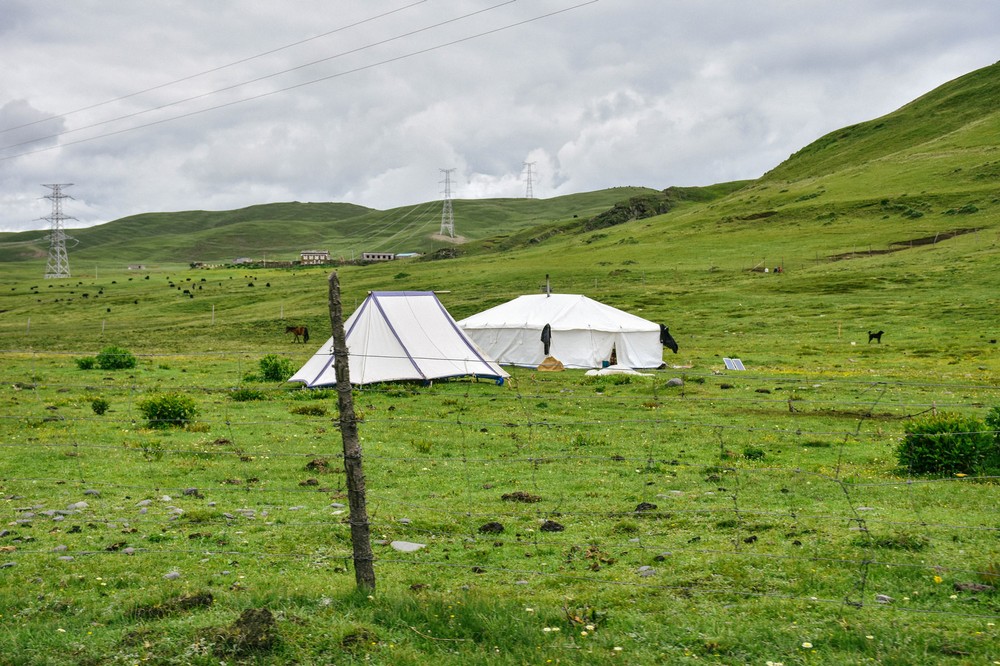 Barstow notes textual records of Tibetan vegetarians that date back to the 12th century. “What’s different now isn’t the presence of vegetarianism, but how widespread it is,” he says. “The argument for it is pretty straightforward. It goes back to the Buddhist philosophy of having compassion for all sentient beings. What we’ve got is some people who recognize that eating meat is not compatible with being as compassionate as you could be with animals.”

In the 2000s, Tibetan religious leaders began an active campaign to encourage more Tibetans to stop eating meat. They cited the convenience of alternative food sources due to modernization. 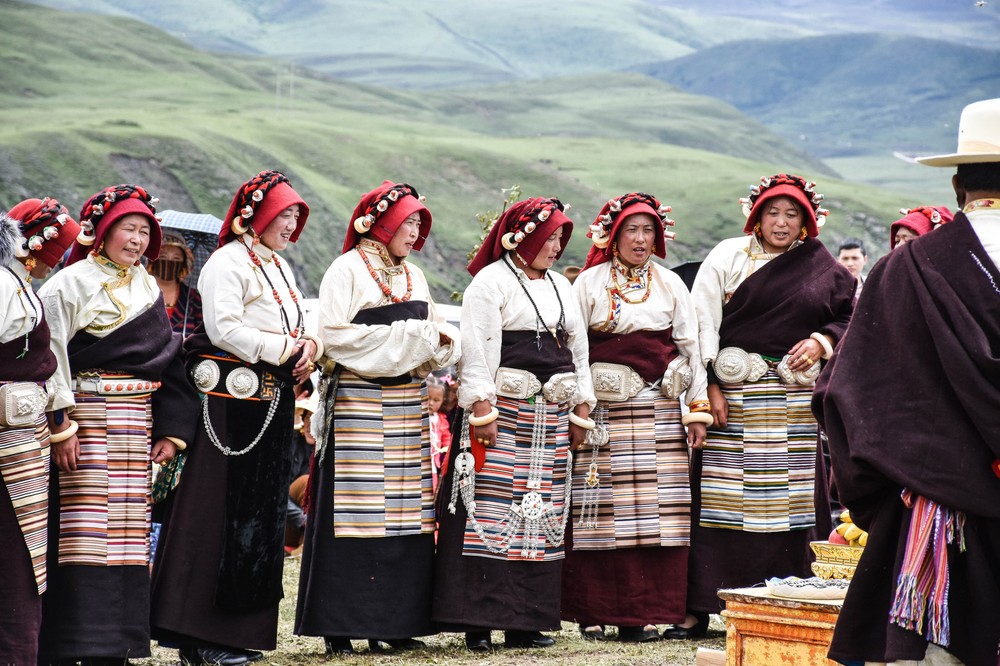 Women at the Tagong festival.

“The Dalai Lama became vocal about wanting people to stop eating meat around the year 2000, in various sermons and publications,” says Mark Frank, a Fulbright researcher and doctoral candidate studying the environmental history of southwest China. “[He] encourages people to avoid eating meat in his sermons, which draw huge crowds and are typically broadcasted and published. To this day, he apparently still eats some meat for health reasons. But mostly, it’s a meatless diet.” 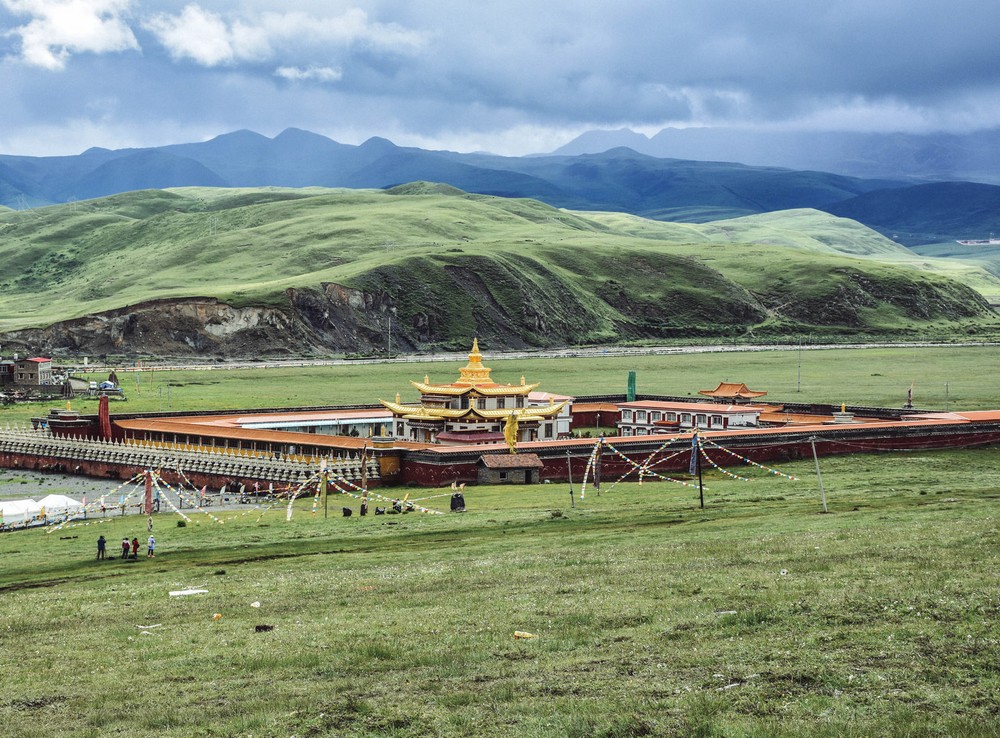 “There’s a global project among Tibetan Buddhists in China and the United States to replace meat with tofu,” he says. “There’s a tofu project that is teaching monasteries how to make tofu.”

Development measures by the Chinese government have also been a major contributing factor to the increase of vegetarianism. 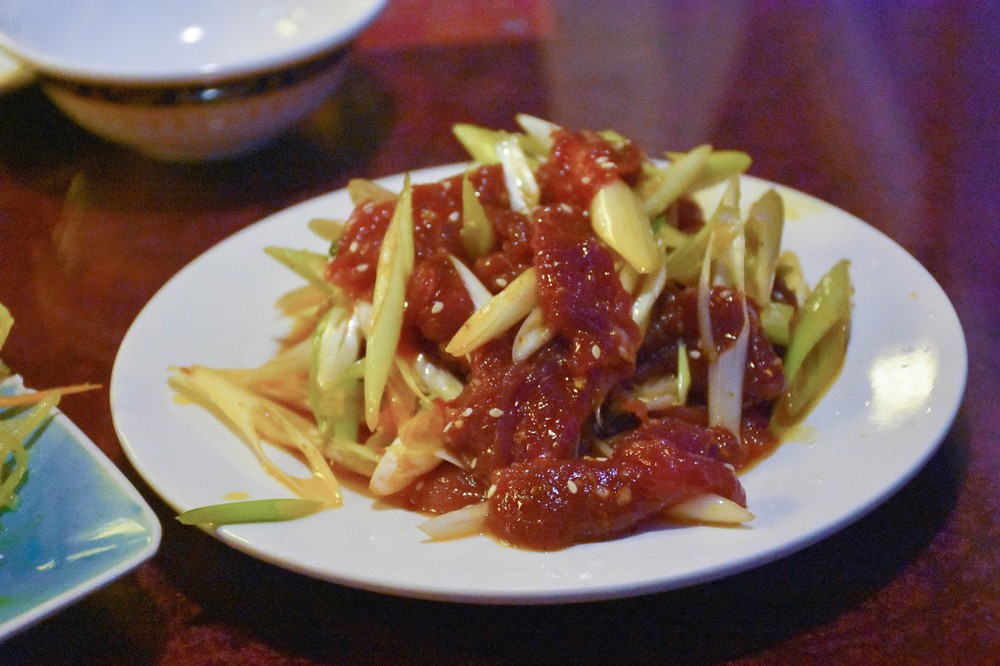 “The central government in Beijing has been giving a lot of money to Tibetans to build greenhouses,” York says. For the first time in history, vegetables can now grow at high altitudes.

“It’s quite amazing,” he says. “I’ve seen these greenhouses at 13,000 feet. They seem to be doing OK. They’re not able to grow fruit, but they’re able to grow a lot more vegetables than they previously could.” 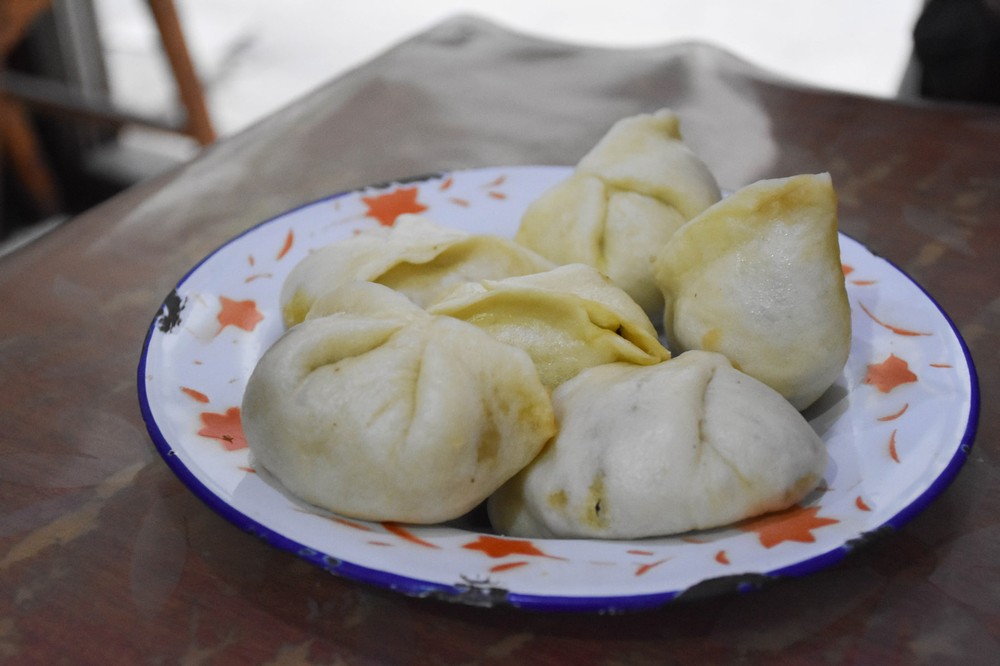 And though not everyone has given up meat, there is a visible stigma against killing animals that extends to most Tibetan communities across the plateau.

“Most of the slaughtering is done by Hui Muslims,” York says. Hui Muslims, like Tibetans, are an ethnic minority group found in China. The Hui people are largely descendants from Silk Road travelers. 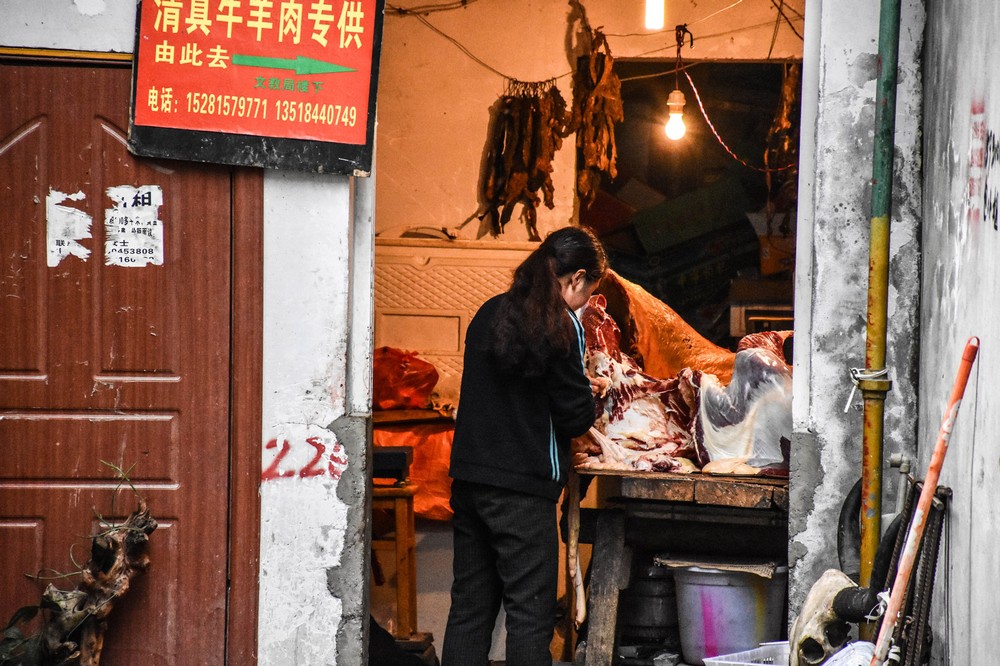 A slaughterhouse in Kangding.

“Tibetans and Muslims have a very co-dependent relationship. In most Tibetan towns, you will find small communities of Muslims who have been there for hundreds and hundreds of years. They traditionally serve as the butcher,” he says. “Tibetans will sell their yaks directly to the Muslims. The Muslims will pay them in cash and the Muslims will slaughter the yaks and sell them in the meat market.”

Not every town has a Muslim butcher, however. In isolated nomadic lands, there is usually a designated person within clans responsible for killing the yak. This differs from region to region. In some places, it’s the lowest person in the caste system. For others, it’s the highest.

“In our family, the eldest kills the yak,” Duojie Zhuoma says. “We use every part of it. There is no waste.” 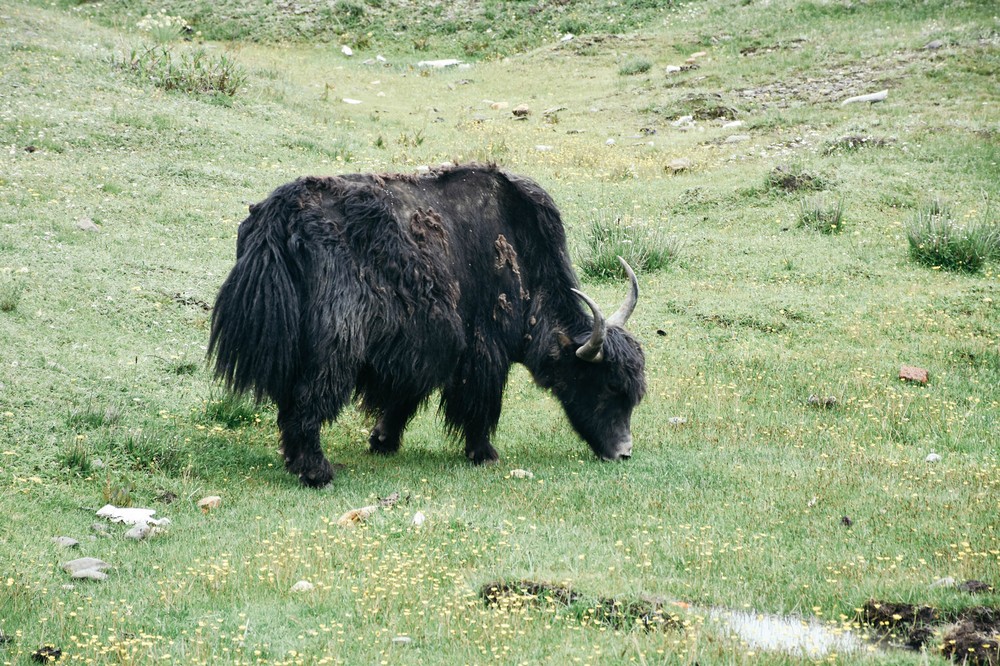 Grazing on the plateau.

Duojie is a recent college graduate currently residing in Chengdu. She comes from a family of nomadic yak herders; she grew up in the grasslands of Mai’erma. Two years ago, she also became a full-fledged vegetarian.

In the grasslands of Tagong, six hours away from Chengdu, most people are nomads and live in tents rotating according to the seasons. There’s an American woman named Angela, married to a Tibetan, who lives in an isolated valley in the area. The road to her residence is currently under construction; I have to hike a mile in, past an enchanting river and herds of yaks to pay my respects.

Like her neighbors, she owns a pack of yaks. 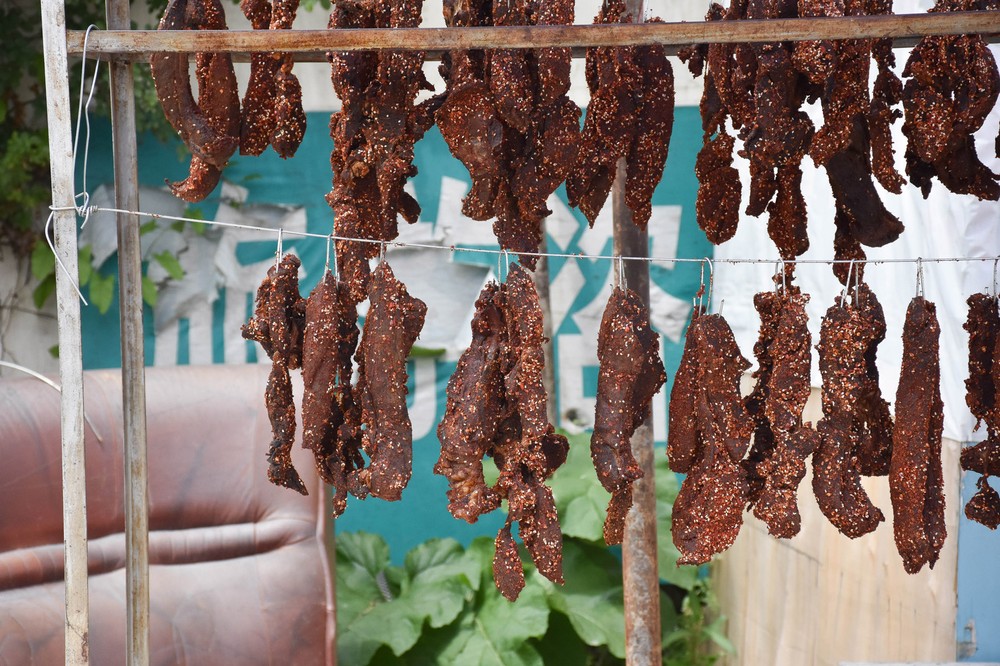 “Tibetans will only eat their yaks if they die of natural causes, like wolf bites or lightning strikes. Lightning strikes happen more often than you think,” she says while serving me a glass of yak butter tea. “In 2005 or 2006, 17 yaks died in one go.”

But while traveling through Tibet, I notice a bounty of yak-centric businesses. In the town of Kangding, development and the increase of tourism to the area has allowed for proper restaurants. There are yak dumplings, raw yak meat, even yak burgers. There are entire storefronts dedicated to yak jerky and quite a handful of slaughterhouses.

If Tibetans are increasingly vegetarian and rarely kill their own yaks, who are the customers?

“The biggest market for yak meat today, at least in Kham, seems to be Han Chinese tourists,” Frank says. “Large-scale yak farming by non-Tibetans in [Kham region of Tibet] is fairly recent; as far as I can tell, it began around 1939 when most of the Kham region was made into a Chinese province.” 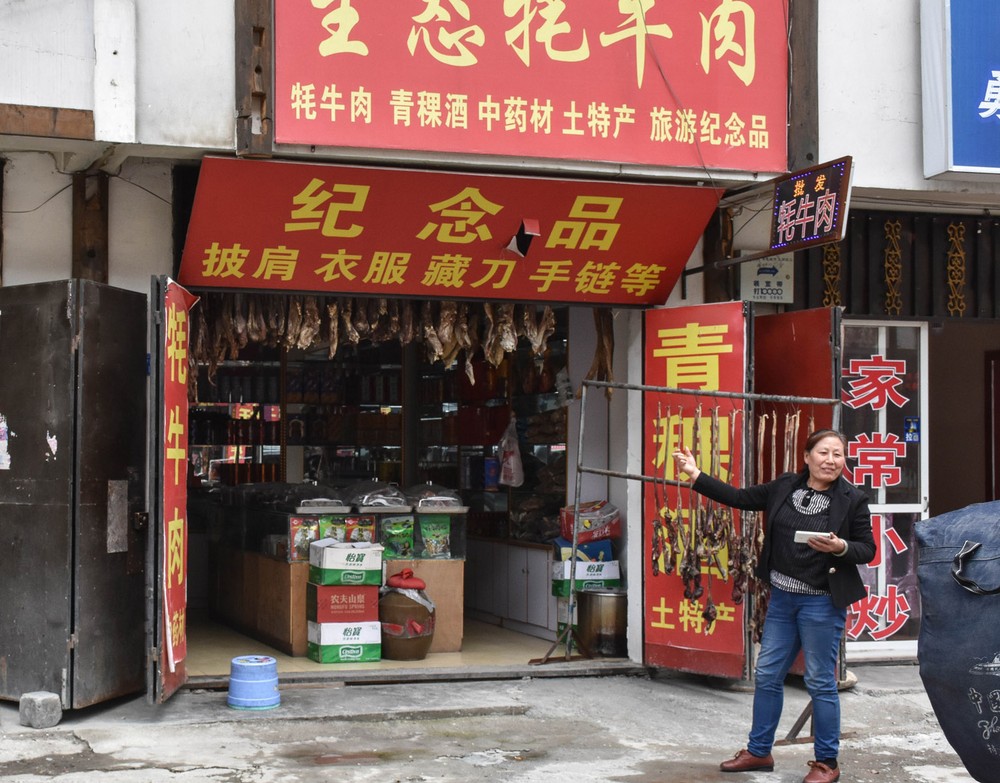 A yak meat story in Songpan.

In 1939, the Han Chinese set up the first large-scale yak herding experiment in Bamei. It was called the Taining Experimental Pastures. Scientists tried finding different ways to improve yaks feeding them grain mush and treating diseases with modern medicine.

“The original vision was to make it a low-cost food option and reduce imports from other countries,” Frank says. “Though that didn’t end up working, today there are a number of large-scale yak farms in the Ganzi Prefecture and elsewhere. The practice of large-scale farming did catch on.” 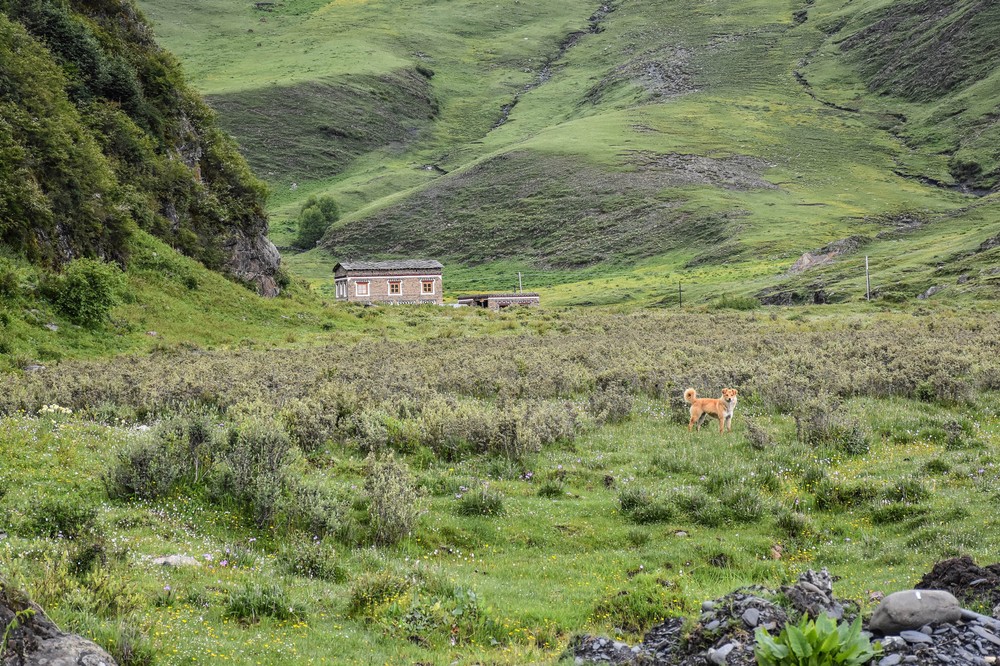 Yak farming has become a multimillion-dollar industry, largely controlled by the Chinese. In the city of Chengdu, it’s difficult to go a day without spotting a store that sells yak jerky. It’s a product that’s also quite popular in the Hong Kong and Macau markets. 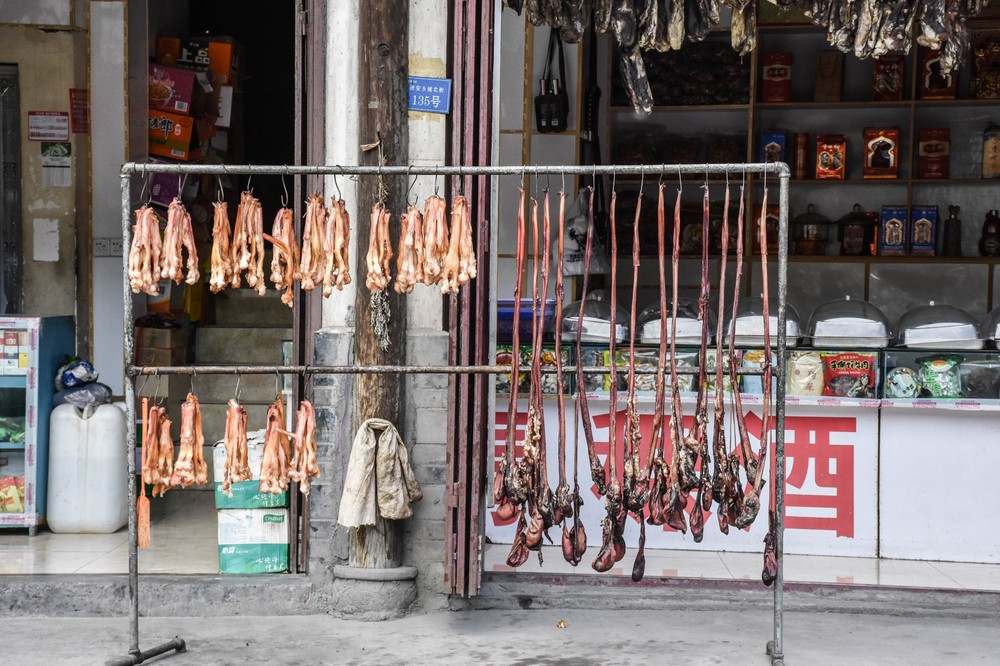 I ask Sarah (whose name has been changed for this story) about the yak jerky. A nomadic Tibetan, she also grew up in the grasslands of Hongyuan.

“There are two reasons why we don’t buy yak jerky from those stores,” she says, “First, we have our own yaks so we don’t need store-bought jerky. Second, it’s a food safety issue. They add a lot of preservatives and you don’t know if it’s actually yak.”

Sarah is not vegetarian—though she rarely eats meat unless it’s from her own herd.

“A lot of people go vegetarian without knowing why they’re vegetarian. Maybe it’s because they’re scared of being judged by the community,” she says. “I believe it’s a matter of one’s personal faith.”

Where can a certificate in the medical humanities take you?
Sydney Phu MHC ‘19 has been conducting research on stem cell tourism in the Biomedical Ethics Research department at the Mayo Clinic.

A FUTURE IN HISTORY
Jennifer Meissner HST '17 always loved learning about the past, but when she was in high school she couldn’t picture what a career in history would look like.