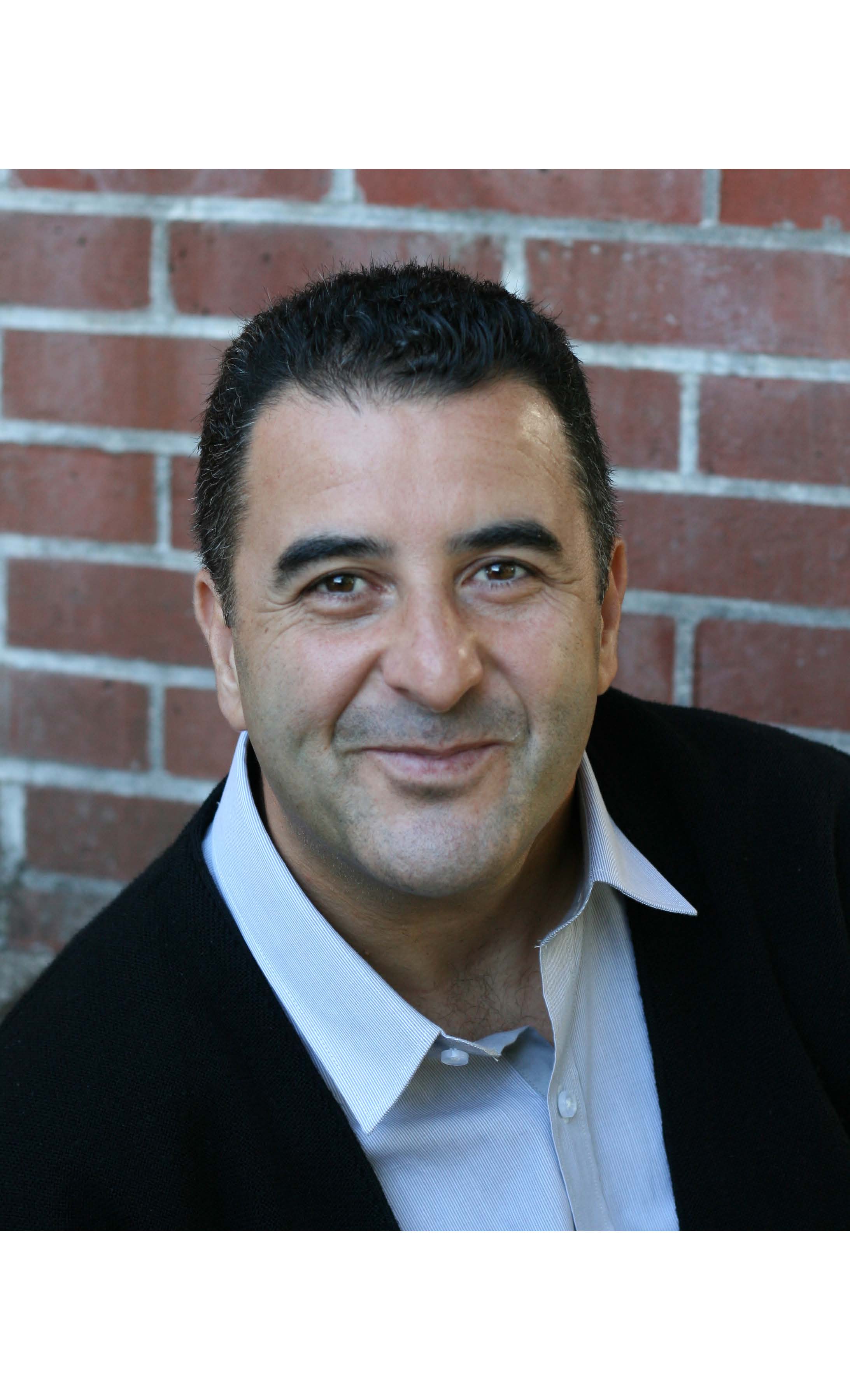 Nabil Boudraa is Associate Professor of French and Francophone Studies at Oregon State University. Nabil has received several grants and awards, including a Fulbright Scholar Award (2011) and three NEH Summer Institute Grants (2016, 2014 and 2007). His publications include the following books: Algeria on Screen: The Films of Merzak Allouache (Forthcoming, Cambia Press); Francophone Cultures Through Film. Focus Publishing, September 2013 (co-authored with Cécile Accilien); Hommage à Kateb Yacine. Paris: Editions l’Harmattan, 2006; North African Mosaic: a Cultural Re-appraisal of Ethnic and Religious Minorities. Cambridge: Cambridge Scholars Press, 2007 (co-edited with Joseph Krause). Nabil is also the co-editor of two special issues of the Journal of North African Studies, devoted to cinema, literature and the arts in the Maghreb. Nabil has also published articles in refereed journals, on various topics including French cinema, Landscape in Edouard Glissant’s work, Albert Camus and Algeria, the language issue in the Maghreb, Berber culture, the use of history in Maghrebian literature, William Faulkner and the Francophone World, among other topics. 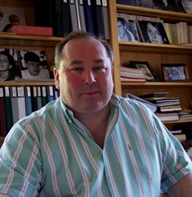 e is Professor of French at Oregon State University where he served for twelve years as Chair of the Department of Foreign Languages and Literatures.  He is co-editor with Eric Dickey of the journal Pacifica: Poetry International.With Nabil Boudraa, Associate Professor of French and Francophone Studies at OSU, he co-directed two previous NEH Summer Institutes (in 2007 and 2014) devoted to Berber and North African cultural expressions.  He has edited with Nabil Boudraa a number of publications, including North African Mosaic: A Cultural Re-Appraisal of Ethnic and Religious Minorities (Cambridge Scholars Publishers, 2007), and more recently, a special issue of the Journal of North African Studies, “Maghrebi Artistic and Literary Expressions Management Coordinator:in the 21st Century” (Winter 2016).  He is the author of nine collections of poetry in French. His poems have appeared in many literary and art journals in North America and Europe. He has also exhibited his photography and is preparing two collections of images and poems.

Karen Mills has been employed at OSU since 1989 and currently holds the position of Office Manager and Assistant to Director of the School of Language, Culture, and Society.  She is responsible for accounts payables, accounts receivables, performance appraisals, payroll, and hiring.  She also maintains the school budget of $3.5 million with approximately 250 employees. 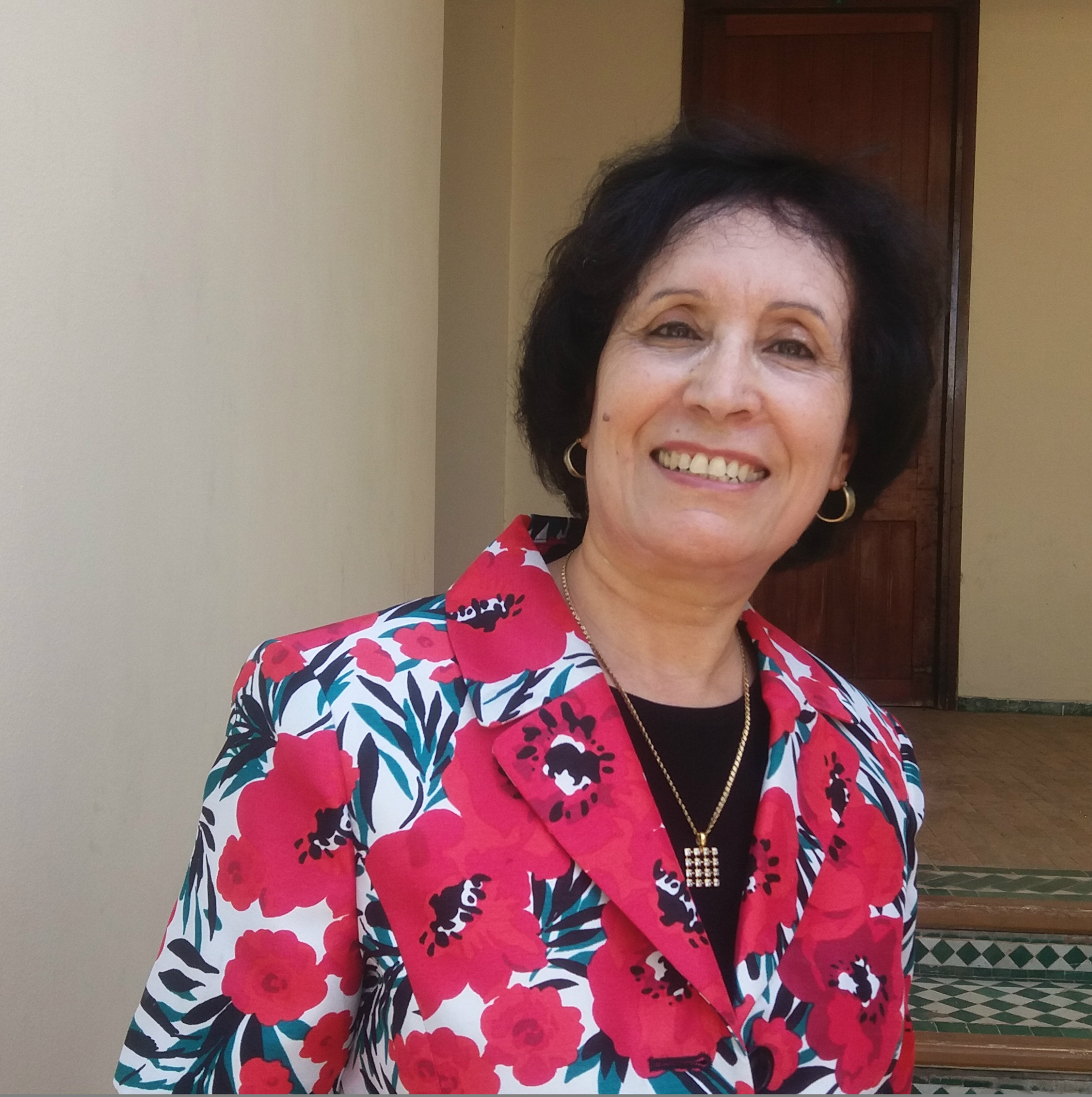 Fatima Sadiqi is Professor of Linguistics and Gender Studies (University of Fez, Morocco); her work focuses on women’s issues in modern North Africa, the Middle East, and the Mediterranean world. She is author and editor of numerous volumes and journal issues, including Women, Gender and Language (Brill 2013), Women’s Activism and the Public Sphere: Local/Global Linkages (Journal of Middle East Women’s Studies 2006), Women and Knowledge in the Mediterranean (Routledge 2013), Moroccan Feminist Discourses (Palgrave Macmillan 2014), and Women’s Movements in the Post-“Arab Spring” North Africa (2016). Fatima Sadiqi is also a public speaker in many languages and a member of many national and international scholarly and policy-making boards. Currently Professor Sadiqi is a Fellow at the Woodrow Wilson Center (2015-2016) and her upcoming book will focus on “Daesh Ideology and the Legal Rights of Women in the Maghrib.” Fatima Sadiqi is currently Visiting Professor of Gender Studies at the University of Zurich.

Réda Bensmaia, Professor of French Studies at Brown University, is a prominent expert on postcolonial Francophone studies, literature and film. His expertise in North African cinema and literature will be very valuable for our Unit Two, devoted to cinema and photography. His publications on the Maghreb are important landmarks in American academia today. Among these: The Year of Passages (1995); Experimental Nations or The Invention of the Maghreb (2003); and a forthcoming book on North African writers, entitled: Politiques d'écrivain.

Moha Ennaji is a professor of  gender and cultural studies at the University of Fès (Morocco) and the president of the Center for Intercultural Dialogue and Migration Studies, an New Horizons of Muslim Diaspora in North America and Europe (Palgrave, Ed. 2016),d the co-founder of the International Institute for Languages and Cultures. He is ex-director of Arab Studies at Rutgers University. His most recent publications are: Minorities, Women, and the State in North Africa (Red Sea Press, Ed. 2015). Muslim Moroccan Migrants in Europe (Palgrave, New York, 2014). Multiculturalism and Democracy in North Africa (Routledge, Ed. 2014). Multilingualism, Cultural Identity and Education in Morocco (Springer, New York, 2005), Language and Gender in the Mediterranean Region, IJSL Issue 190, Editor (The Hague, 2008), and Gender and Violence in the Middle East (Routledge, 2011 co-edited with Fatima Sadiqi).His writing has also appeared in international publications including Common Ground News, The Project Syndicate, Japan Times, Al-Ahram, The Khaleej Times, The Boston Globe and in many Arabic newspapers. He has published in English, French, and Arabic. He has been a Fulbright Scholar at Arizona University in1989 and at Mansfield University of Pennsylvania in 2003. He is currently doing research on social movements in North Africa. 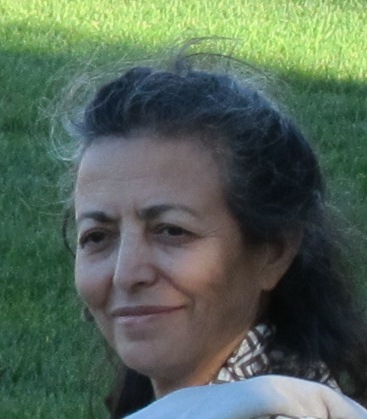 Lilia Labidi is Professor of Psychology and Anthropology at the University of Tunis, and cofounder of the Association of Tunisian Women for Research and Development and the Tunisian Association for Health Psychology. She has organized numerous international conferences and documentary exhibitions on women’s movements and social issues, and has authored a large number of publications on the Arab world, particularly on gender and feminism in North Africa, the construction of identity, and the consequences of the Arab spring. From January to December 2011, Labidi was Minister for Women’s Affairs in the provisional Tunisian government, following the fall of the Ben Ali regime. In 2014-2015, she served as a fellow at the Woodrow Wilson International Center for Scholars She has been a visiting professor at the American University in Cairo,Yale University, and the National University of Singapore, and a fellow at Princeton’s Institute for Advanced Study. 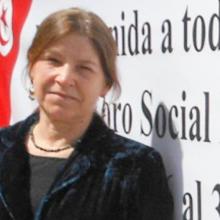 Laura Rice is Professor Emerita of English at Oregon State University. She has written on North Africa, gender, literacy, postcolonial literature and sustainable development. Her books include a special tri-lingual Anthology of Contemporary Tunisian Poetry, edited and translated for Pacifica: Poetry International with Karim Hamdy (fall 2015), translations of Malika Mokeddem’s memoir My Men (University of Nebraska Press, 2009) and her novel Century of Locusts (University of Nebraska Press, 2006), literary criticism, Of Irony and Empire: the Transcultural Invention of Contemporary North Africa (SUNY Press, 2007 and 2008) and Departures: Selected Writings of Isabelle Eberhardt, followed by critical essays on Eberhardt’s work (City Lights Press, 1994). Rice has received grants from Fulbright, NEH, the National Council on U.S.-Arab relations, and the Bunting Institute.

Ahmed Bedjaoui holds a Ph.D. in American literature with a dissertation on “Scott Fitzgerald in Hollywood.” From 1964 to 1966, Bedjaoui has also attended the prestigious Institute of Higher studies in Cinema and audiovisual (IDHEC) Paris. He is currently Professor of cinema and audiovisual communication at Algiers University 3. He is also currently serving as the President of the Algerian Film Fund, Artistic Director of the Algiers Film Festival and Head of the Euro-Mediterranean network for training professional journalists (REMFOC). He is one of the pioneers of the Cinémathèque Algérienne before producing and presenting the famous TV series « Télécinéclub », which aired on Algerian TV for a period of twenty years. Bedjaoui has also produced more than 76 films including those of the renowned Assia Djebar, Azeddine Meddour and Benamar Bakhti. Ahmed Bedjaoui has published four books on cinema, including Images et visages (2012), with Denis Martinez, Cinéma et guerre de libération, des batailles d’images (2014), Litérature et cinémas arabes (2016) and La Guerre d’Algérie dans le cinéma mondial (2016). In 2015, UNESCO awarded Ahmed Bedjaoui with the Féderico Fellini medal for his promotion of cinematic culture around the world.