CORVALLIS, Ore. – The Oregon State University Forensics (speech and debate team) begin the season on a high note at the Steve Hunt Classic, hosted virtually by Lewis and Clark College in Portland on October 9-10.

“I am so proud of Robinson  and Millsap,” said Mark Porrovecchio, director of the team. “This was a great start to the new season.”

Over fifty institutions from across the United States were represented in the tournament, including Boise State University (Boise, Ida.), the University of Central Florida (Orlando, Fla.) and the Georgia Institute of Technology (Atlanta, Ga.)

“I am so proud of Robinson and Millsap,” said Mark Porrovecchio, director of the team. “This is a great start to the new season.”

The tournament featured over fifty schools from across the United States, including Boise State University, Idaho; the University of Central Florida, Orlando; and Georgia Institute of Technology, Atlanta.

The team was coached by assistant coach Kaden Meyers of Sandy, Ore. Meyers is a former student competitor for OSU and a recent MAIS graduate the speech communication area of OSU’s School of Communication.

“This was the first tournament since March 2020 where students were able to work together in person,” continued Porrovecchio.  “And I know that they appreciate in-person practices too. It is great that things are slowly returning to normal.”

About OSU Forensics: Celebrating its 129th season, OSU Forensics is one of the oldest clubs on campus and a member of the Performing Arts Board in the School of Communication.  The team is open to all students in good academic standing regardless of experience or academic background.

If you are a student interested in participating, or a member of the community who would like to support the team, please contact Porrovecchio at mark.porrovecchio@oregonstate.edu. 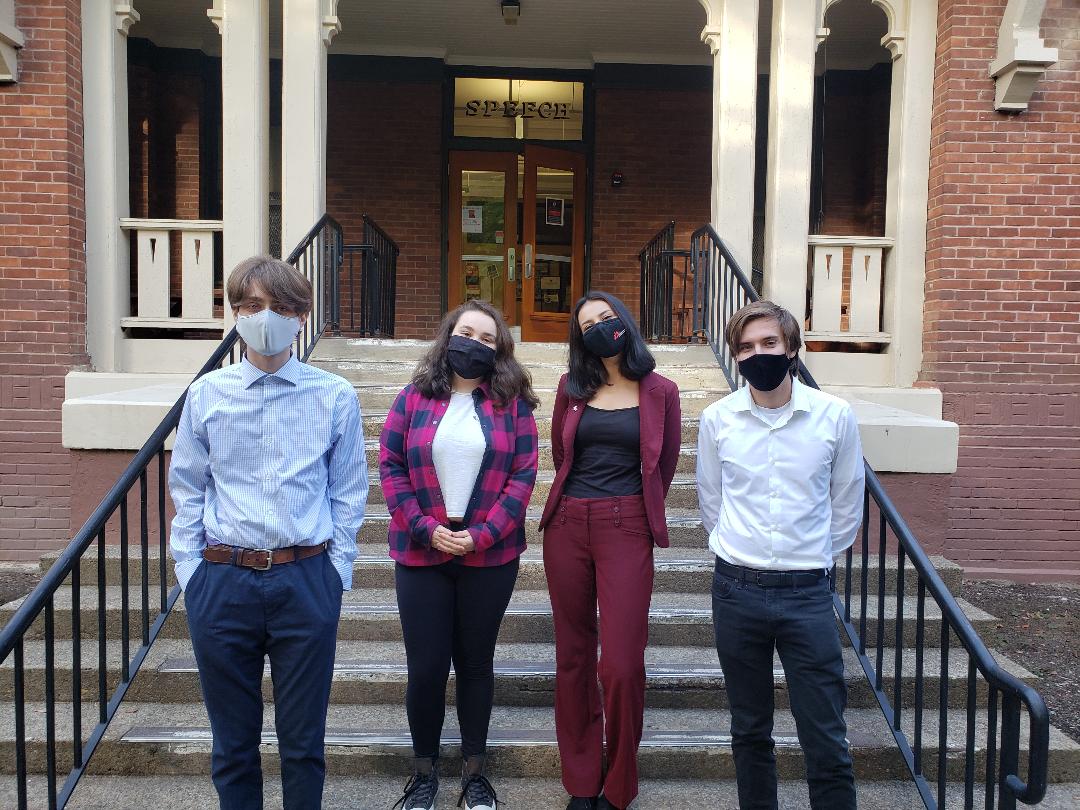