“It is nice to see Megan do well against quality competition,” said Mark Porrovecchio, director of the team. “She is a talented individual events competitor.”

The tournament featured schools from the Northwest Forensics Conference (NFC), which includes schools from Oregon, Washington, Idaho, and Montana. Among the schools participating were the University of Washington, Bothell; Whitworth University, Spokane, Wash.; and the College of Southern Idaho, Twin Falls.

Senior Anna Heslinga, an Environmental Science major from Salem, also competed in Open Impromptu Speaking. The team was coached by assistant coach Kaden Meyers of Sandy. Meyers is a former student competitor for OSU and recent MAIS graduate in the Speech Communication area of the School of Communication.

“This was a nice way to end the regular season,” Porrovecchio continued. “And I am so happy that Megan and Anna will be back next season, when we start traveling and competing face-to-face again.”

Later this month, the team will compete online at the International Forensics Association (IFA) Annual Speech and Debate Tournament.

Photo: Anna Heslinga and Megan Baus kidding around between rounds in front of Shepard Hall. 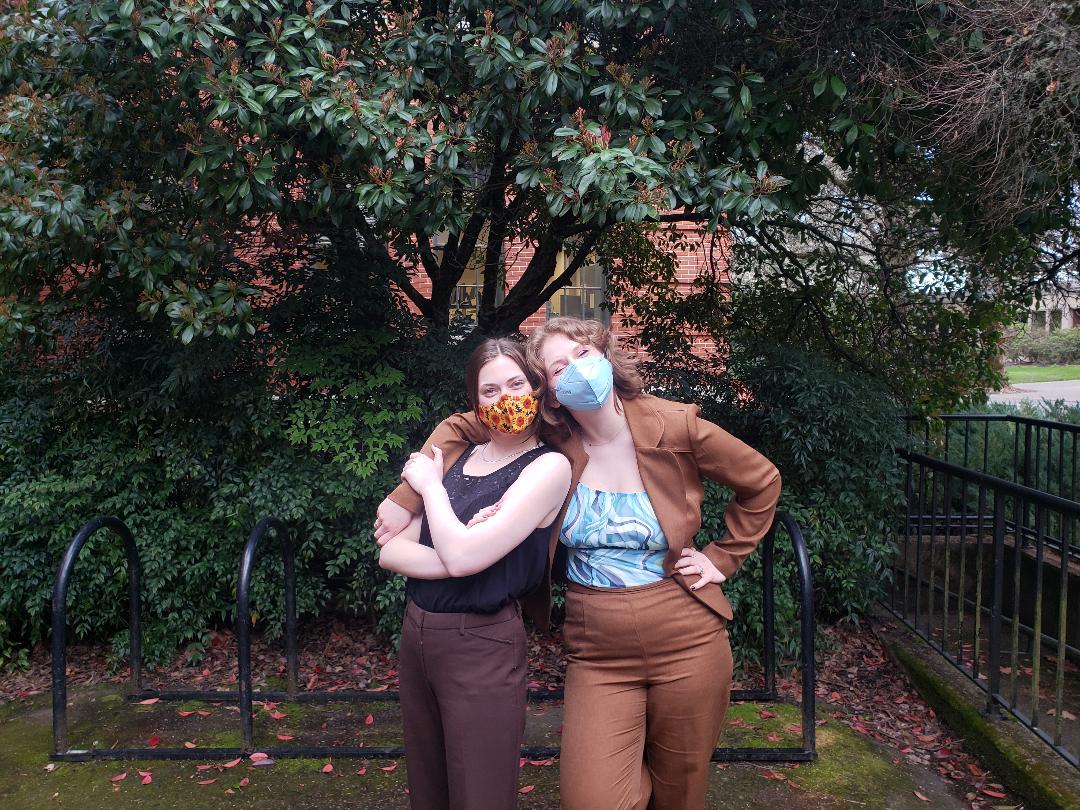