“Robinson continue to impress,” said Mark Porrovecchio, director of the team. “She went up against some of the best debaters in the region.”

Senior Simon Millsap, a business information systems major from Portland, also attended the tournament and competed in Open IPDA Debate. He was recognized as a ‘MVP’ by the tournament director for agreeing to compete at the last minute to help even out debate divisions.

“The team is looking forward to 2022 and the second half of the season,” said Mark Porrovecchio, director of the team. “We are hopeful that we might get the chance to return to in-person tournaments.”

Celebrating its 129th season, OSU Forensics is one of the oldest clubs on campus and a member of the Performing Arts Board in the School of Arts and Communication.  The team is open to all students in good academic standing regardless of experience or academic background.

If you are a student interested in participating, or a member of the community who would like to support the team, please contact Mark Porrovecchio at: mark.porrovecchio@oregonstate.edu.

Photo (from left to right): Simon Millsap and Tasha Robinson in front of OSU’s Shepard Hall during a break in competition. 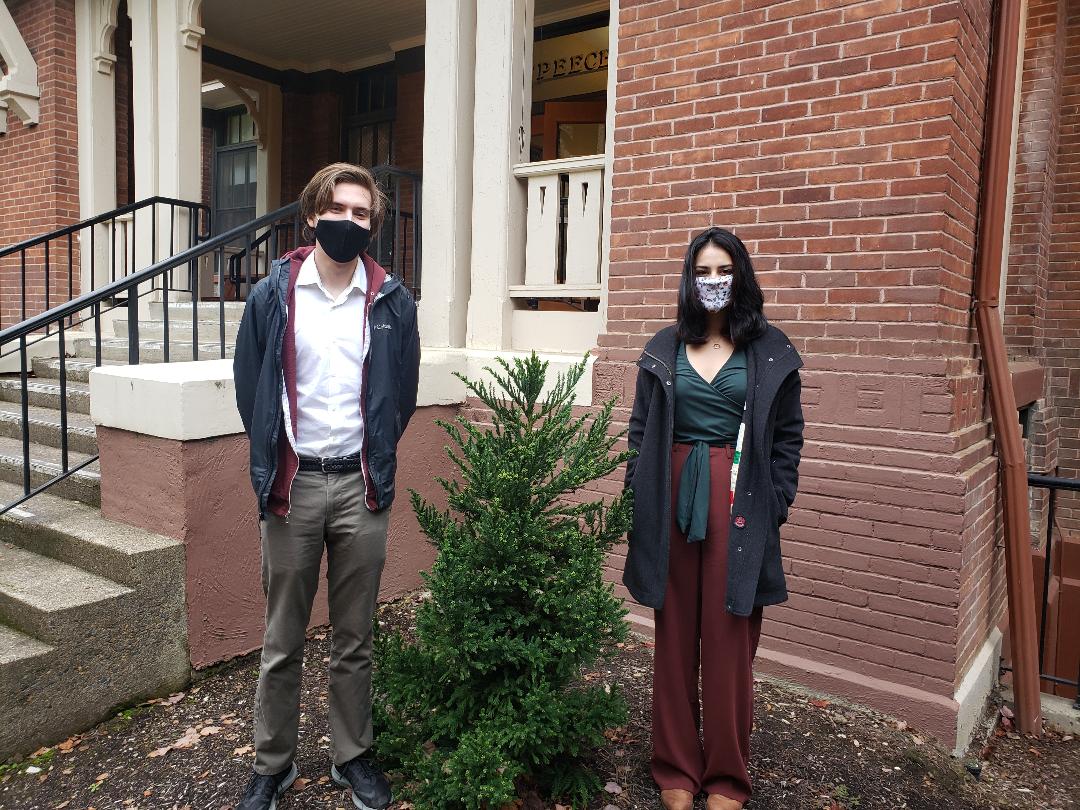