OSU Forensics Hosts and Wins at their ‘Virtual’ Tournament

“Tasha and Simon represent what is best about this team,” said Mark Porrovecchio, director of the team. “The great thing is, their peers on the team celebrate their successes alongside them.”

Also competing at the tournament were Senior Anna Heslinga, an Environmental Science major from Salem, who was entered in Open Impromptu Speaking and Open IPDA Debate; and Senior Kaitlyn Blake, a Management major from Walnut Creek, Calif., who was entered in Open IPDA Debate. Junior Megan Baus, a Chemical Engineering major from Salem, also attended to support her peers. The team was coached by assistant coach Kaden Meyers of Sandy. Meyers is a former student competitor for OSU and recent MAIS graduate in the Speech Communication area of the School of Communication.

“It is always nice to host other institutions at OSU,” continued Porrovecchio. “The benefit of the virtual format is that we were able to welcome more schools from outside the Northwest this year.” 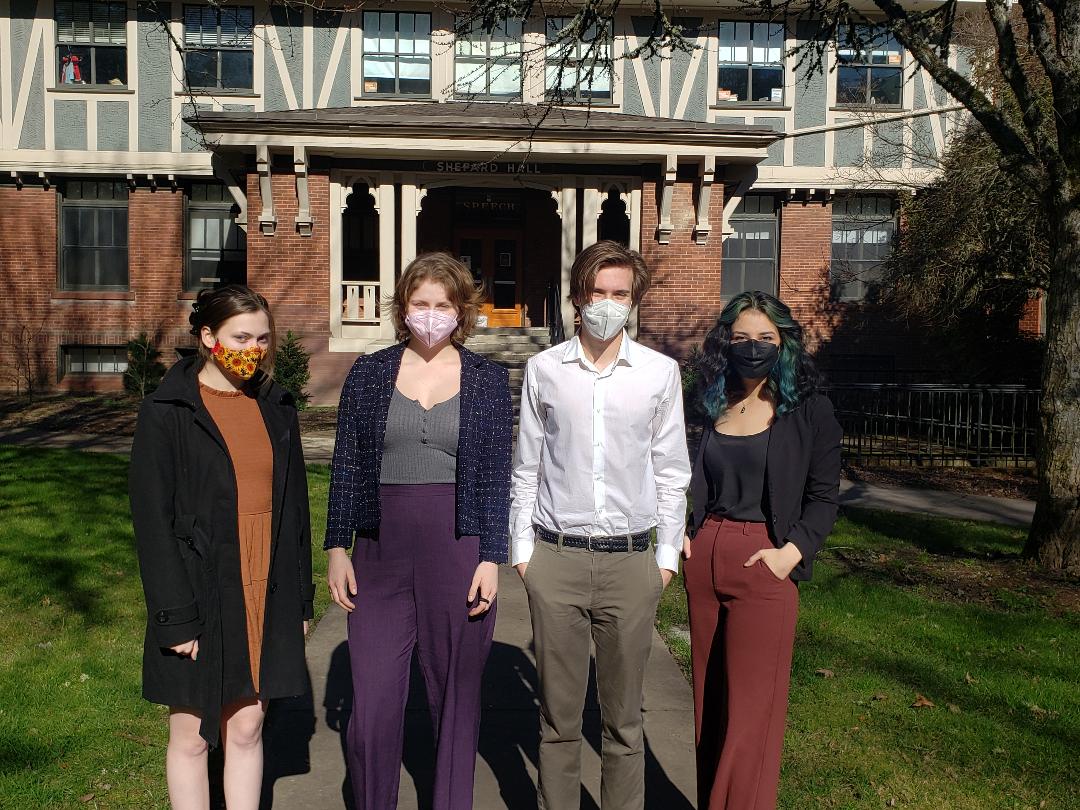