2020 OSU Forensics at College of Idaho.jpg 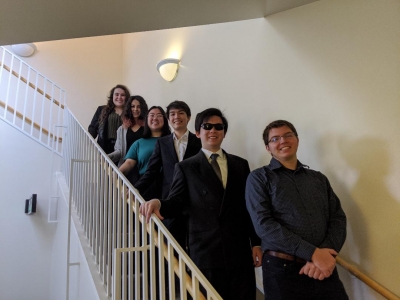 “It is nice to support a new tournament in this part of the Northwest Forensics Conference (NFC),” said Mark Porrovecchio, director of the team.  “It is even nicer when Robinson and Blake come away with hard fought wins against some schools with whom we don’t normally compete.”

The team was coached by graduate assistant Kaden Meyers of Sandy, Ore. Meyers, a former student competitor for OSU, is now a MAIS student in the speech communication area of the School of Arts and Communication.

“We are going to take these results and use them as we move towards the end of the regular season,” said Porrovecchio. “That’s the great thing about this team; they are constantly learning and helping each other improve.”