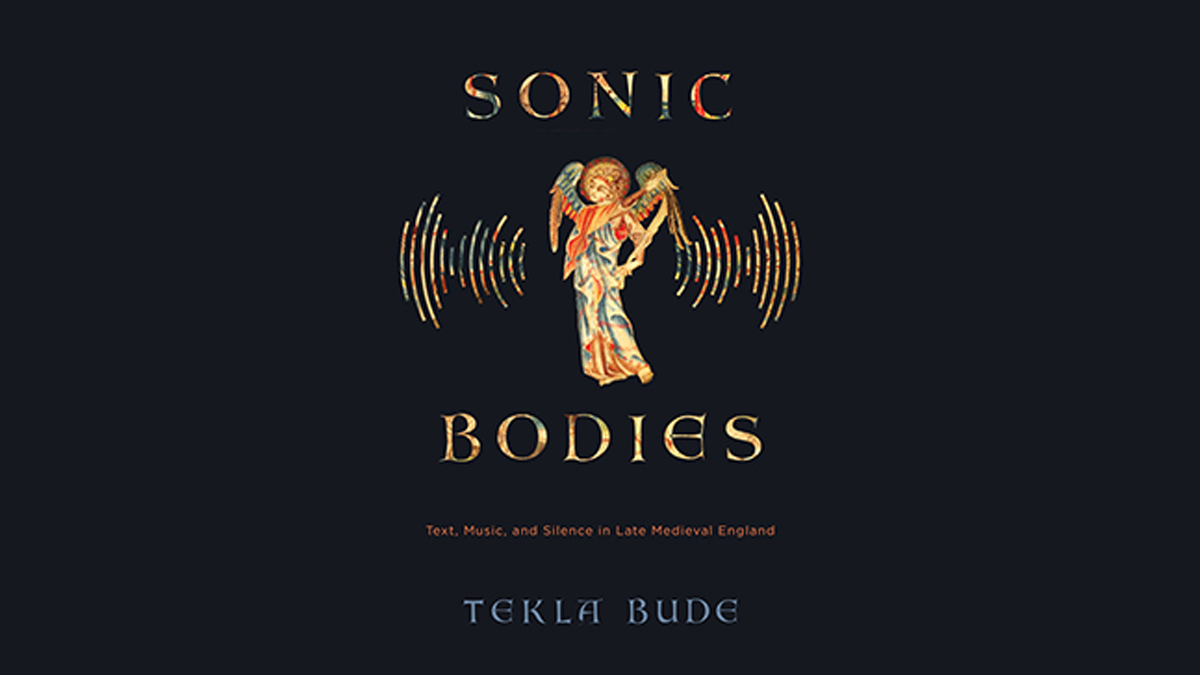 From Penn Press, "Sonic Bodies: Text, Music, and Silence in Late Medieval England," by SWLF's Tekla Bude will be released this spring. You can learn more about this exciting text and pre-order your own copy at the publisher's page here.

What is the body when it performs music? And what, conversely, is music as it reverberates through or pours out of a performing body? Tekla Bude starts from a simple premise—that music requires a body to perform it—to rethink the relationship between music, matter, and the body in the late medieval period.

Progressing by way of a series of case studies of texts by Richard Rolle, Walter Hilton, Margery Kempe, Geoffrey Chaucer, William Langland, and others, Bude argues that writers thought of "music" and "the body" not as separate objects or ontologically prior categories, but as mutually dependent and historically determined processes that called each other into being in complex and shifting ways. For Bude, these "sonic bodies" are often unexpected, peculiar, even bizarre, and challenge our understanding of their constitutive parts.

Building on recent conversations about embodiment and the voice in literary criticism and music theory, Sonic Bodies makes two major interventions across these fields: first, it broadens the definitional ambits and functions of both "music" and "the body" in the medieval period; and second, it demonstrates how embodiment and musicality are deeply and multiply intertwined in medieval writing. Compelling literary subjects, Bude argues, are literally built out of musical situations.