Joan Truckenbrod is a pioneering digital artist who has exhibited her artwork nationally and internationally. Recently her digital artwork was included in an exhibition titled “Programmed: Rules, Codes and Choreographies in Art from 1965 to 2018” in the Digital Artwork Collection at the Whitney Museum of American Art in New York. She also has work in the collection of the V&A Museum in London and in The Art Institute of Chicago, where she is professor emeritus and former chair of the art and technology department she helped to create. Future exhibitions of her artwork will include a local solo exhibition at Benton County Historical Museum in Philomath, Oregon: a solo exhibition at the Schneider Art Museum in Ashland, Oregon and a group exhibition titled “Coded: Art at the Dawn of the Computer Age 1960-80” at LACMA in Los Angeles. Truckenbrod is curator of the Truckenbrod Gallery, a contemporary art gallery located in downtown Corvallis, Oregon. 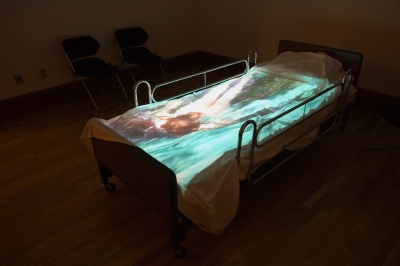 Tom Huck (born 1971) is an American printmaker best known for his large-scale satirical woodcuts. He lives and works in St. Louis, Missouri, where he runs his own press, Evil Prints. He is a regular contributor to BLAB! of Fantagraphics Books. His work is influenced by Albrecht Dürer, José Guadalupe Posada, R. Crumb, and Honoré Daumier. Huck’s illustrations have appeared in publications such as The Village Voice, The Riverfront Times, and the Minneapolis City Pages. 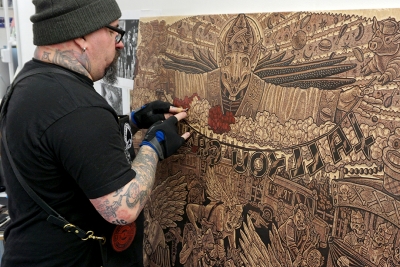 Tala Madani (b. 1981, Tehran, Iran) makes paintings and animations whose indelible images bring together wide-ranging modes of critique, prompting reflection on gender, political authority, and questions of who and what gets represented in art. Her work is populated by figures, engaged in acts that push their bodies to their limits. Bodily fluids and beams of light emerge from their orifices, generating metaphors for the tactile expressivity of paint. In Madani’s work, slapstick humor is inseparable from violence and creation is synonymous with destruction, reflecting a complex and gut-level vision of contemporary power imbalances of all kinds. Her approach to figuration combines the radical morphology of modernism with a contemporary sense of sequencing, movement, and speed. Thus her work finds some of its most powerful echoes in cartoons, cinema, and other popular durational forms. She has been the subject of solo exhibitions at a number of museums worldwide, including Portikus, Frankfurt, Germany (2019); La Panacée, Montpellier, France (2017); MIT List Visual Arts Center, Cambridge, Massachusetts (2016); Contemporary Art Museum, St. Louis (2016); and Centro Andaluz de Arte Contemporáneo, Seville, Spain (2014). Her work forms part of the permanent collections of institutions that include Moderna Museet, Stockholm and Malmö, Sweden; Museum of Contemporary Art, Los Angeles; Museum of Modern Art, New York; Serralves Foundation, Porto, Portugal; Stedelijk Museum, Amsterdam; Tate Modern, London; and Whitney Museum of American Art, New York. 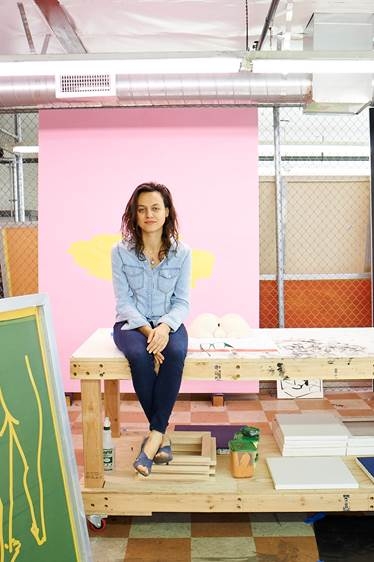 Hrag Vartanian is the editor-in-chief and co-founder of "Hyperallergic," a podcast in response to changes in the art world, the publishing industry and the distribution of information. Breaking news, award-winning reporting, informed opinions and quality conversations about art have helped Hyperallergic reach an audience of a million visitors per month. Vartanian has helped champion a type of straightforward online art criticism that believes in the power of journalism while retaining a sensitivity to the cultural and economic realities that inform the world of art, culture and politics.

Vartanian's curatorial interests are focused on theories and practices of decolonization and he prefers to work in unorthodox spaces. In 2010, he moved Hyperallergic into a gallery at Outpost in Ridgewood, Queens, New York, to stage "#theSocialGraph," the world’s first multi-disciplinary exhibition of social media-related art. In 2015, he orchestrated Jade Townsend’s "Crazy Amazing Garage Sale" exhibition at Auxiliary Projects, Greenpoint, Brooklyn, New York. The three-day liquidation sale of unsold art was an attempt to “free” the capital trapped in one artist’s storage unit — it 'liberated' over $3,000. In 2017, Vartanian began a ten-year project exploring the contemporary legacy of Ottoman studio photography with an exhibition at Minerva Projects in Denver, Colorado. 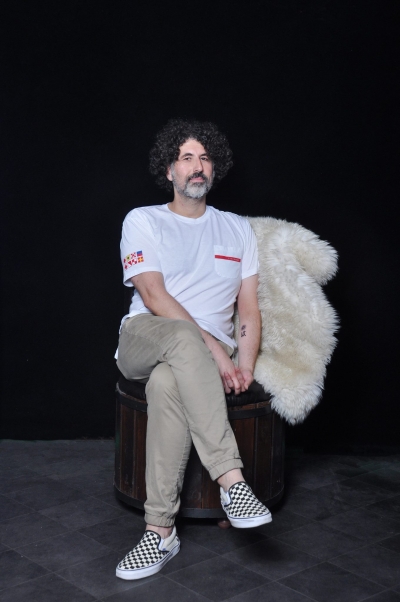