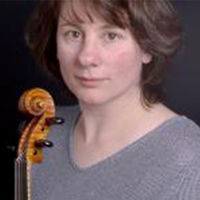 is a graduate of the Eastman School of Music, where she studied with Zvi Zeitlin and members of the Cleveland String Quartet. Other major teachers include Alice Schoenfeld and Alexander Treger. Jessica is the Artistic Director and a Core Musician on violin and viola of Chamber Music Amici in Eugene. She has been concertmaster of the Corvallis-OSUÂ Symphony Orchestra since 2007.Â Jessica is widely recognized as a teacher and maintains a private studio of violin and viola students. Her students have won regional and national competitions and have matriculated to the nationâ€™s most prestigious conservatories and summer programs. She has played viola with the Oregon Symphony and violin with the El Paso Symphony. She was concertmaster of the El Paso Pro Musica Chamber Orchestra, for which she was a featured soloist in the New Music series. Before she moved to Corvallis, she was also Concertmaster of the Oregon Mozart Players and principal second violin of the Eugene Symphony. A frequent guest of the Chintimini Music Festival since 2004, she has performed as a recitalist and chamber player throughout the Northwest and at the Spoleto Festival in Italy. 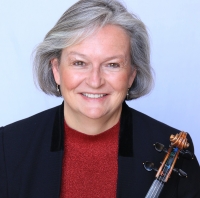 Margaret Nichols Baldridge combines an extensive and diverse performance calendar with an active teaching schedule both in the United States and abroad.  Performances include concerts, master classes, festivals, and tours with The Sapphire Trio, as Leader of the String Orchestra of the Rockies, as concertmaster of the Missoula Symphony and as professor of violin and viola at the University of Montana. Dr. Baldridge is a sought after teacher and adjudicator. She maintains a large studio and her former students are successful professional musicians and teachers. Recently her students won her 3rd prize in the MTNA National Chamber Music Competition, and competed as a finalist at the National MTNA Solo string competition.  From 1997-2008 Dr. Baldridge was artist faculty at the Brevard Music Festival. 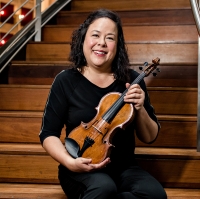 is a multi-faceted violinist whose career includes solo appearances and collaborations with leading musicians throughout North America and Europe, as well as orchestral, pedagogical, and popular music activities. Formerly the assistant concertmaster of the Oregon Symphony, Hébert is currently a member of the modern classical ensemble fEARnoMUSIC, which she led as artistic director from 2011-2014. She has also served as a guest concertmaster for the Eugene Symphony and has performed with Pink Martini. In 2017, she became the director of the Vivaldi Strings, a youth string ensemble at the Metropolitan Youth Symphony in Portland. 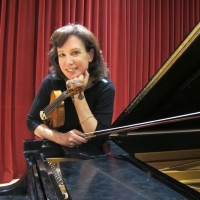 Maria Larionoff has appeared with the Los Angeles Philharmonic, the symphonies of Seattle, Yakima, Port Angeles and Oakland, the San Francisco Chamber Orchestra, the University of Washington Orchestra and the Orquestra Sinfonica in Mexico City. She has toured Germany and Austria with the New European Strings and has performed on tour in Japan with the Mostly Mozart Orchestra.

A Loomis Scholarship award winner at the Juilliard School,  Larionoff was a student of Dorothy DeLay. Her other teachers include Sally Thomas, Paul Doktor, Joel Krosnik and Felix Galimir. Upon graduating from Juilliard, Larionoff was invited by the esteemed Maestro Carlo Maria Giulini to join the violin section of the Los Angeles Philharmonic. She moved to Seattle in 1990 and served as Associate Concertmaster of the Seattle Symphony and was later appointed concertmaster, where she was featured as soloist and leader on numerous occasions, including her critically acclaimed solo performances in the 2011 Naxos release of “Scheherazade”. 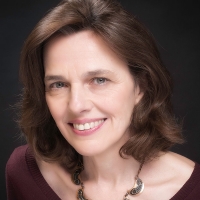 is professor of music at Oregon State University, enjoys an international career as a concert pianist and artist teacher. She has performed as soloist and chamber musician throughout the United States, and in China, Canada, Southeast Asia, France, and England. She has held residencies as artist teacher in Beijing, Hong Kong, Victoria B.C., Kuala Lumpur, and Singapore. McCabe is director of piano studies at OSU and is artistic director of Corvallis-OSU Piano International and its prestigious Steinway Piano Series. A dedicated teacher and passionate ambassador for classical piano music, she directs numerous educational programs at Oregon State, including frequent master classes with world-renowned pianists, the OSU Chamber Music Workshop and the OSU Summer Piano Institute. Believing in the power of collaborative arts to bring about change, Rachelle McCabe has created innovative programs with writer/philosopher Kathleen Dean Moore to address the global crisis of climate change and extinction. Since 2014 the two have performed their compelling program, A Call to Life: Variations on a Theme of Extinction, in many cities across the USA and Canada. In 2019, they will appear in Scotland. Rachelle enjoys a long-time duo-piano partnership with her sister Robin McCabe. In 2018, the duo performed recitals and taught at four leading music conservatories in Beijing, China. Rachelle holds a doctorate (DMA) from The University of Michigan, a master's degree from The Juilliard School, and a bachelor’s degree from The University of Washington. Her major teachers were Béla Siki, Ania Dorfmann, Gyorgy Sandor, and Theodore Lettvin.