Holly Andres is a fine art and commercial photographer known for her stylized cinematic scenarios often inspired by her own childhood experiences. Her work has appeared in galleries and museums from Barcelona, Istanbul and Bogota, to New York, San Fransisco and Atlanta with viewers drawn to her often dark and mysterious or bright and witty photographs.

Andres regularly photographs editorial assignments for many prestigious publications including The New York Times Magazine, TIME, The New Yorker and The California Sunday Magazine. Her fine art has been featured in Art in America, Artforum, Exit Magazine, Art News, Modern Painters, British Journal of Photography, PDN, American Photo, Oprah Magazine, Glamour, Bust, and Art Ltd. -- which profiled her as one of the 15 emerging West Coast artists under the age of 35.

Spreading across the wall, spilling onto the floor, or cascading from architectural supports, Katy Stone’s artworks are like Rorschach tests of natural phenomena. She paints on a variety of materials and layers the elements into sculptural assemblages and installations that blur the boundaries between drawing, painting, and sculpture and act as both kaleidoscope and microscope.

Stone has exhibited at nationally and internationally at galleries in New York, Los Angeles, Seattle, San Francisco, Denver and Vienna, and at museums including The McNay and the Boise Art Museum and alternative spaces including Suyama Space in Seattle. Her work has been featured in group exhibitions across the US including “Flow, Just Flow" at the Harnett Museum of Art in Richmond, VA, "Art + Space” at Project4 in Washington, DC, “Other Worlds,” at the Jacksonville Museum of Contemporary Art in Jacksonville, FL; “Earthly Delights,” at Mass Art in Boston; and internationally at The Chengdou International Biennale in Chengdou, South Korea. She has been reviewed in many publications including Artweek, New Art Examiner, Sculpture Magazine and Art in America. Her commissioned public artworks include projects for the GSA's Art in Architecture Program, Washington State Arts Commission, The City of Seattle, Cleveland Clinic, Michigan State University, and corporate clients including ConocoPhillips and Microsoft.

Stone received her B.F.A. in Drawing, Painting and Printmaking from Iowa State University, and her M.F.A. in Painting from the University of Washington. She lives and works in Seattle. 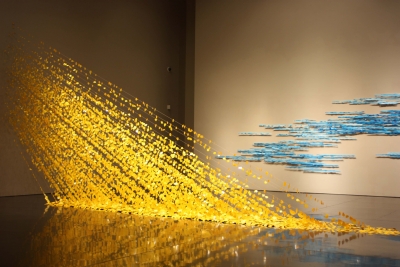 Through the use of tropical landscape and traditional cultural idiosyncrasy, one can see how deeply Iván identifies with the structure and beauty of his home. Employing imagery, form and texture, Iván’s exploration of the relationship between human emotions, culture, identity, and geographic connections, enables him to capture the complexity, personality and history of his art.

In 2015, Iván received his Bachelor of Fine Art from The Oregon College of Art and Craft in Portland. He was a recipient of numerous national awards, including: The Student Scholarship Award for Outstanding Academic and Artistic Achievement, the Dean’s Scholarship, the Commitment to Craft Scholarship, “Best in Show” at the Hoffman Gallery Juried Student Show, the 2015 NCECA Undergraduate Award for Excellence, the Studio Potter Undergraduate Merit Award (Providence, RI), the 2014 Huntley-Tidwell Scholarship to attend the Penland School of Craft in Asheville, NC. His work has been published in the publication ‘500 Figures in Clay, Vol. 2.’

His work has been exhibited in numerous galleries in U.S., Puerto Rico, and Latin America. His pieces can be found in public and private art collections internationally, including the Boise Art Museum, Museo de Arte Contemporáneo de Puerto Rico, and at the Gifu Prefecture High School in Tokyo Kouryu, Japan. 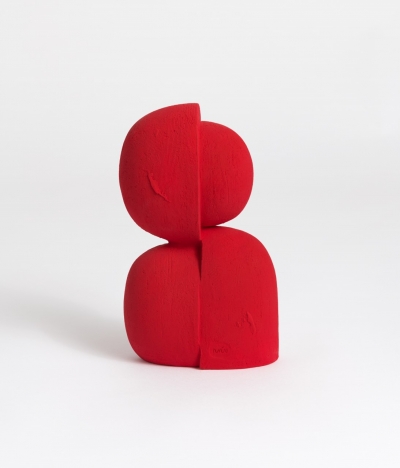 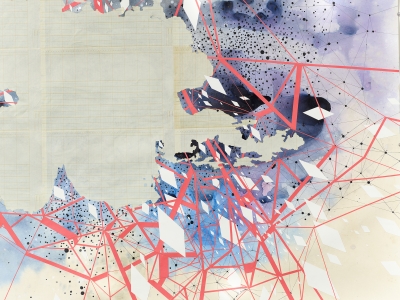