The OSU Choir camp is an intensive five-day choral training experience specifically for students ages 14-19, takes place in the heart of the Willamette Valley, on the beautiful campus of Oregon State University in Corvallis, Oregon. Participants benefit from expert coaching, sight reading clinics, intensive rehearsals, sectional rehearsals, and the opportunity to perform with small ensembles and large choirs in a variety of musical genres. Whether you stay on campus or come for the day, there are opportunities to explore Corvallis and the OSU campus through a wide range of free time activities.

All application materials are due July 30, 2022

Apply for all scholarships when registering online.

OSU Choir Camp offers full and partial need-based and tuition scholarships to help defray costs for students who demonstrate significant financial need. Scholarships are limited and will be awarded as funds are available based upon registration date. 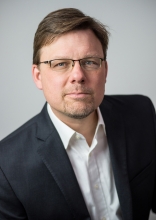 Steven M. Zielke, Director of Choral Studies at Oregon State University, is the Patricia Valian Reser Professor of Music. He directs the OSU Chamber Choir, OSU Meistersingers, and teaches choral conducting. Zielke earned his doctoral and master's degrees in choral conducting from Florida State University where he studied with Andre Thomas and Rodney Eichenberger, and an undergraduate degree in music education from Friends University. In 2016, Zielke was honored by Oregon State University with the Beaver Champion Award, for outstanding contributions to the university.

Zielke is a frequent clinician and guest conductor choirs under his direction have appeared at state, regional, and national conferences, including an invited 2015 performance at the National Collegiate Choral Association and three performances at NW ACDA conferences.  In addition, Zielke is often invited to present workshops and lectures on choral music and music education, including a session on community singing at the 2017 National ACDA conference in Minneapolis. 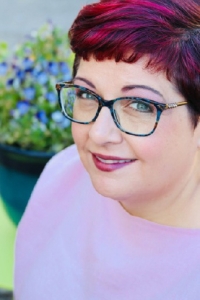 Sandra Babb is Assistant Professor of Choral Music Education at Oregon State University, where she teaches choral methods, vocal pedagogy, and choral conducting. She also directs OSU Bella Voce, recently featured at the 2021 National Conference of the American Choral Directors Association, and the University Chorale. Known for her work in developing choral tone, Dr. Babb is an active conductor and clinician throughout the United States. She has co-authored articles for the International Journal of Research in Choral Singing, The Journal of Music Teacher Education, and the Choral Journal, and she is a contributing author for Composing in Choirs, GIA Publications, Teaching Music through Performance in Choir, Volume IV, GIA Publications, and Voices in Concert, Hal Leonard Corporation.

Babb received her BME, MME, and PhD from Florida State University and is a National Center for Voice and Speech certified vocologist.  She currently serves at the Oregon ACDA Chair for Treble Choirs and as the NW-ACDA Chair for Student Activities. Sandra enjoys living in the Pacific Northwest, singing with the Corvallis Repertory Singers, building partnerships with local K-12 schools, and directing the OSU Summer Choir Camp for high school singers. 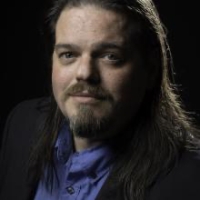 While at USC, Larson studied voice with bass Frank Curtis, who was vocal coach of the Hamburg cast of Phantom of the Opera for eight seasons before returning to the U.S. to teach. Upon graduation, he made a comfortable living as a singer in the Los Angeles area, singing with professional choirs The Pacific Chorale, Los Angeles Master Chorale, Crystal Cathedral, and Los Angeles Opera Chorus. With the LA Opera, he also sung the roles of Arthur Jones in "Billy Budd" with baritone Rodney Gilfrey and a student in Puccini's "La Rondine" with soprano Carol Vaness.

As a young artist with the Lyric Opera of Kansas City from 2000-03, Larson was fortunate to work with conductors Ward Holmquist, Lucinda Carver, and Karen Keltner, and performed the comprimario roles of Priest in "Die Zauberflöte," Luther and Buford in "Carlisle," Floyd's "Cold Sassy Tree," 2nd Jew in "Salome," and Borsa in "Rigoletto." He covered the role of Belmonte in "Die Entführung aus dem Serail", and filled in for the role of Will Tweedy in "Cold Sassy Tree" after the lead tenor became ill in mid-performance.

After finishing his doctoral coursework in 2003, Larson briefly lived in Chicago, and was a soloist and chorister with Grant Park Symphony Chorus under conductor Carlos Kalmar. He also performed the role of Prince Charming in Massenet's Cendrillon with Milwaukee Opera Threatre. Also during that time, he spent two seasons as a young artist with the Des Moines Metro Opera, performing various opera scenes and the role of Nathaniel in "Les Contes d'Hoffmann" on the mainstage. In 2006, Larson completed a young artist program with Pensacola Opera, where he sang mainstage roles Remendado in "Carmen" and Normanno in "Lucia di Lammermoor."

Since relocating back to his native Oregon in 2006, Larson has continued to perform locally, singing various roles with concert opera companies in the Northwest including Romeo in Bellini's "I Capuletti ei Montecchi" with Willamette Concert Opera, the title role in "La Clemenza di Tito" with Puget Sound Concert Opera, Don Ottavio in "Don Giovanni" with Eugene Opera Artist Mentor Program, and Mercury and Ruiz in Eugene Opera's mainstage productions of "Orpheus in the Underworld" and "Il Trovatore." In the summer of 2008, Larson sang Ruggero in "La Rondine" for the Kansas City Puccini Festival under the baton of Andy Anderson, artistic director of Mobile Opera.

Having lived and worked in nearly every region of the country, Nicholas has come to appreciate the Northwest in a way he never did while growing up. He lives a quiet, happy life with his lovely wife Cye, his son Jack, and his two wonderful stepchildren Aidan and Oona.

Students choosing the overnight option will have the opportunity to have a true campus-life experience while staying in an OSU residence hall. Resident assistants are assigned to each residence hall to ensure the safety and well being of SAC Academy students and to facilitate evening activities during the camp. SAC Academy participants will be conveniently housed near the rehearsal and performance spaces, campus dining facilities, and recreational opportunities.

A safe and secure environment is made possible through each member of the Oregon State University community's involvement in crime prevention and sensible behavior.In order to have a safe and successful Oregon State University experience, each person must take responsibility to recognize one's own vulnerability to crime and reduce risks through preventive action and cooperation with Oregon State Police and the Department of Public Safety.

Meal plans are available to all students.  If you are staying overnight, a meal plan is included in your residential package. If you are not staying as a resident and would like to purchase a meal plan for the week, select the option on your registration form. There is a variety of options for those with food restrictions, allergies, and preferences.  Please feel free to take a look at the menus and contact the dining center directly with any food related questions at 541-737-4771.

Accommodations for disabilities may be made by calling 541-737-5592, preferably at least one month in advance.

You will be sharing a small room with another person and constantly moving between buildings and rooms. It’s easy to leave something behind, for something to go missing, or for you to go to your next class without it.

You are permitted to bring snack items with you for your room, but we ask you to follow these guidelines:

When packing up medication please:

We suggest that parents pack medications in a large ziploc bag marked with the campers name on the outside and place a copy of the sheet of dosing instructions inside the bag. Don’t forget to pick up your left-over medications on check-out day!