What Can I Do With a History Major?

Only a small percentage of history majors go on to be historians; most go on, instead, to become lawyers, librarians, businesspersons, writers, archivists, researchers, teachers, politicians, and even entertainers. Leaders in every industry, from business to the arts, can point to their training as history majors as the starting point for their success. Below is a brief examination of the sorts of skills developed by the study of history and various career options available to history majors. By examining the varieties of approaches historians use, the discussion below seeks to identify the advantages of historical study in fostering well-rounded intellectual development as well as developing valuable career skills in research, writing, argumentation, and documentation.

What are the skills one learns as an historian?

One of the key ways of thinking about what a history major prepares you to pursue after graduation is to focus on the skills one acquires as a history student. These include:

What are some of the careers paths which history majors commonly follow?

Historians as Educators:
Many history majors go on to become educators, focusing on the communication of their ideas. Educators include teachers in Elementary and Secondary education. They also include Higher Education on many levels, including teaching at community and junior Colleges, undergraduate colleges, and universities. But educators are also important members of other educational institutions that you may not think of as immediately as schools. These include historic sites and museums, where history majors can become docents, education directors, curators, guides, and interpreters. In addition, there are other forms of teaching than standing up in front of a classroom. These include work as historical consultants, contract archivists, public historians, writers, and even filmmakers.
Historians as Researchers:
Many history majors go on to careers as researchers, emphasizing their skills in evaluating and analyzing documentary evidence. Historians as researchers include public historians as well as policy advisors, who serve as planners, evaluators, and policy analysts, often for state, local, and federal governments. In addition, historians often find employment as researchers for museums and historical organizations, or pursue additional specialized training to become professionals in cultural resources management and historic preservation.
Historians as Writers and Editors:
Because success as a history major depends upon learning to write effectively, many historians become writers and editors. They make their living as authors of historical books, or more commonly, they work as editors at a publishing house. Many historians become print and broadcast journalists, and others become documentary editors who oversee the publication of documents such as those produced by government agencies.
Historians as Information Managers:
Because history majors must learn to deal with documents, many pursue a one- or two-year graduate program in library studies (commonly, a Master of Library Science, or MLS, degree) or archival management and enter careers as information managers. With this additional training, they enter the fields of archives management, information management, records management, and librarianship.
Historians as Advocates:
Many history majors find that historical training makes a perfect preparation for Law School, as historians and lawyers often do roughly the same thing--they argue persuasively using historical data to support their arguments. Many history majors become lawyers; others undertake careers in litigation support as paralegals. Others enter public service and become policymakers, serve as legislative staff at all levels of government, and become officers of granting agencies and foundations.
Historians as Businesspeople:
Most people overlook the value of a history major in preparing an intelligent person for a career in business. Yet, historians track historic trends, an important skill for those developing products to market or engaged in corporate or financial planning. Many history majors enter banking, insurance, and stock analysis. Historians also learn how to write persuasively, and this training gives them an edge in advertising, communications media, and marketing. Finally, many industries depend on an intimate knowledge of government policies and historical trends; thus, history majors have found their skills useful in extractive industries and in public utilities.

Written by Professor Catherine Lavender, Department of History
The College of Staten Island of The City University of New York 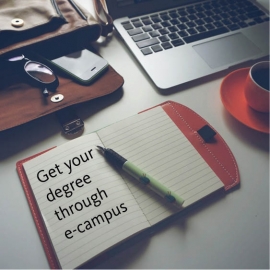 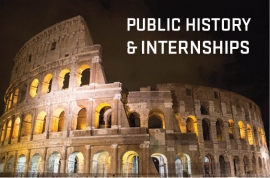