The ICRPS summer institutes provide students with the opportunity to study in two countries. For students who wish to attend two consecutive schools (one in North America and one in Europe), the program includes advanced topics and an opportunity to share research results with faculty and other students. Students work in groups to make presentations, analyze documents, prepare policy briefs, meet policy professionals and take part in field trips. Each intensive summer school connects faculty and international students in a dedicated learning environment. In addition, each summer school session is a combination of new and returning students, which enhances the mutual learning experience of both years. Students can take online courses for credit between the two summer schools, as well as pursue a policy research project.

The ICRPS web site includes the complete program history and educational philosophy of the series. 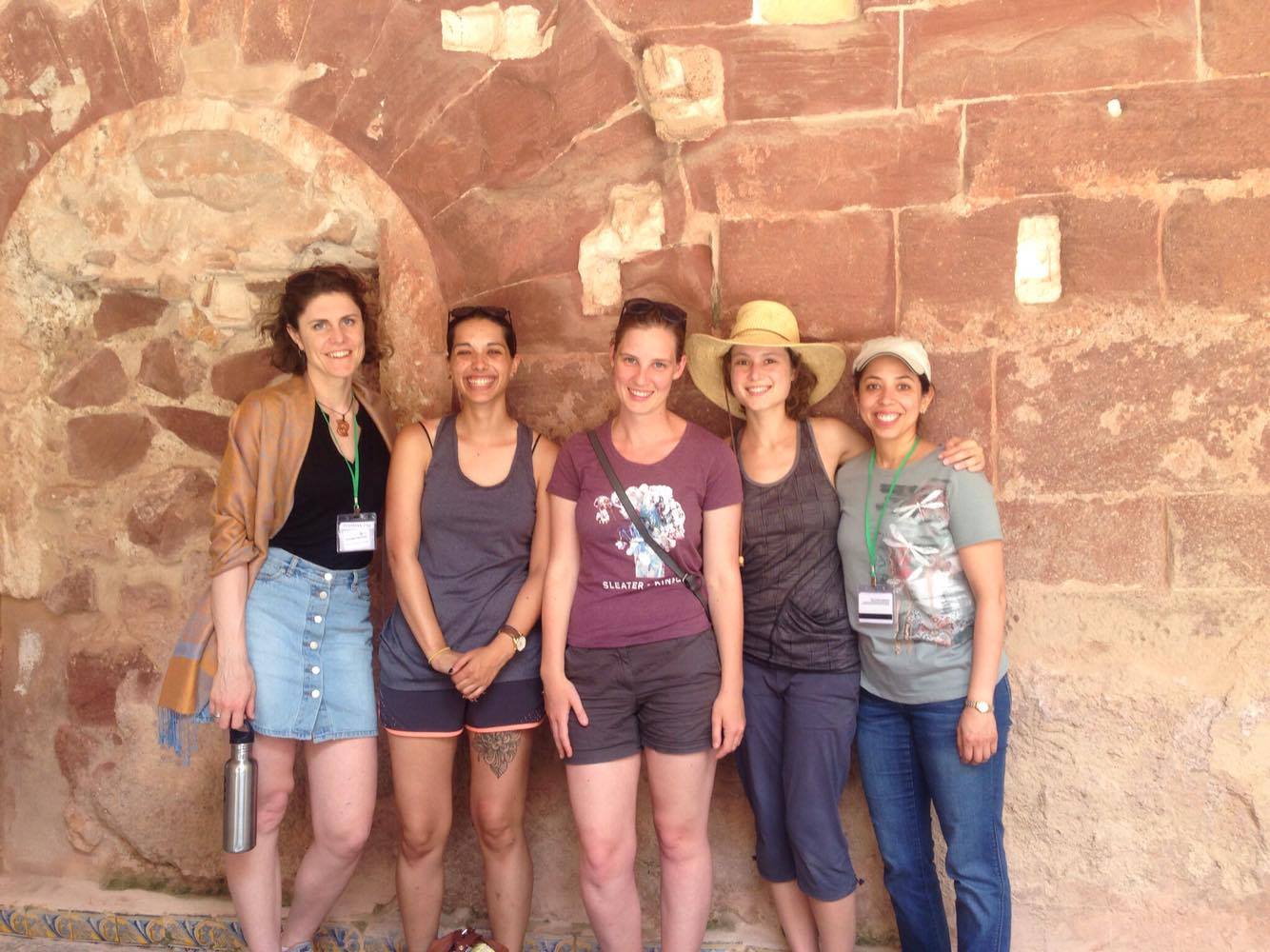 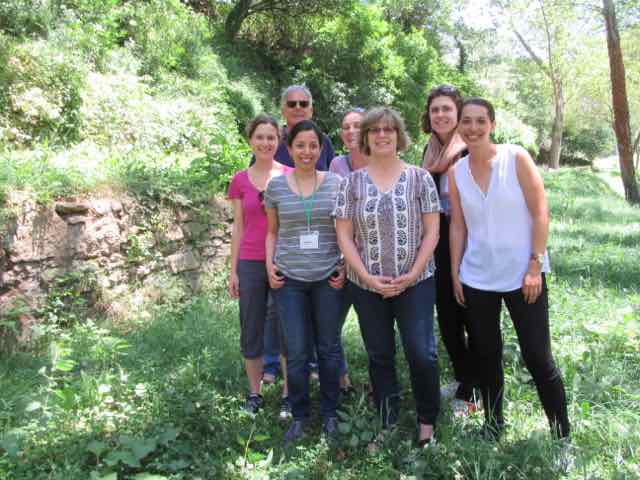 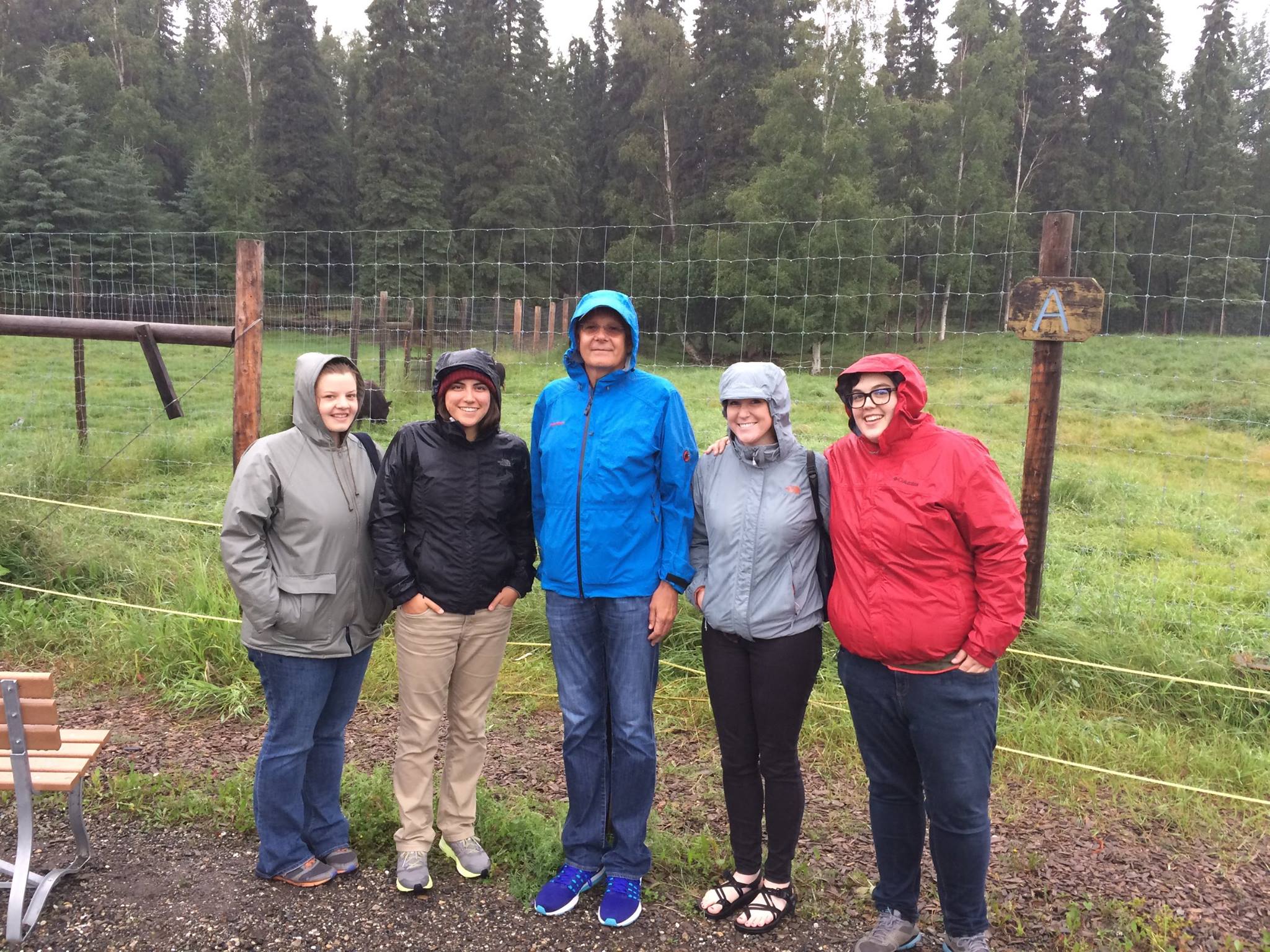 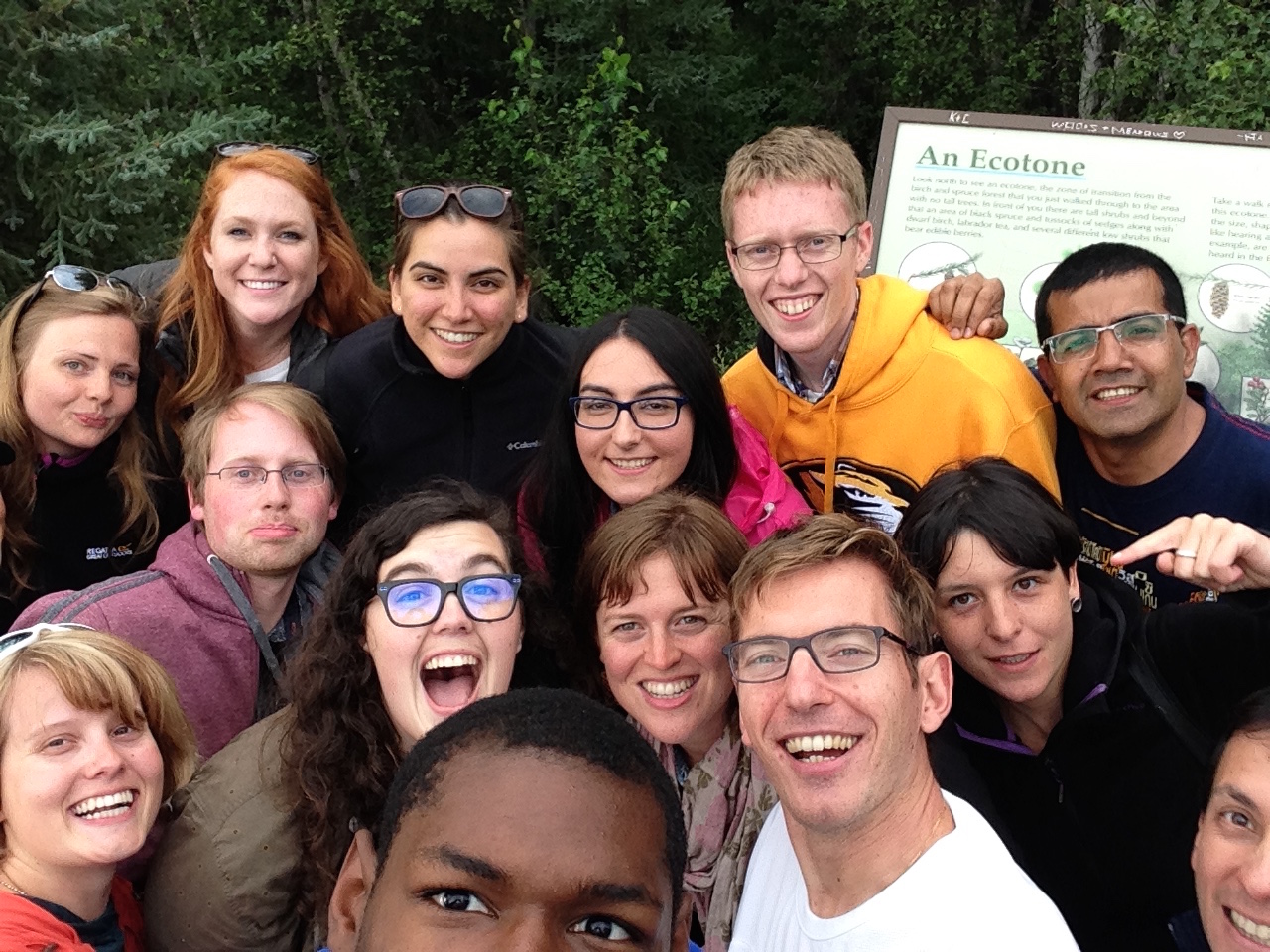 ICRPS 2016 student participants at the University of Alaska, Fairbanks.

The Summer Institute program began and finished at University College Dublin – Ireland’s largest university. The group spent one week in Galway, hosted by the Irish Agriculture and Food Development Authority and the Department of Economics of the National University of Ireland Galway, and conducted field trips to Burren, Connemara National Park, Gaeltacht Region, the Midlands, the Boortmalt and the Guinness storehouse, as well as the Aran Islands. Students presented their research findings at a conference concluding the field trip.

During the ICRPS 2014 summer institute, discussions focused on rural development definitions, processes and examples. Many of the presentations addressed key themes and illuminating examples to illustrate rural development. Both faculty and students were very interested in how public policy could be used as a tool for rural development. Much attention was paid to public policy approaches that result in positive and negative outcomes in rural areas. Although there was not a broad consensus on how to define the concept or practice of rural development, we learned a great deal about a number of policies and ideas to advance rural areas, gleaned from the comparative perspectives and insightful exchanges of the participating students and scholars.

ICRPS Mexico was a great opportunity to learn about how rural policy in Canada relates to Europe, the United States and Mexico. As representatives of the Canadian contingent, we realized that Canada (and Manitoba) could be doing a better job creating sustainable rural policy. There are strategies and tools used in other parts of the world that can be adapted to rural Canada. To accomplish this, governments need to invest time, money and energy in the transfer of innovative and creative rural policy. As it happens, the Manitoba’s department of Agriculture, Food, and Rural Development (MAFRD) is facilitating this goal by working with RDI in its Rural Policy Learning Commons along with other partners from the United States, Europe and Latin America. It is hoped that this commons will result in the transfer of best practices, strategies and tools for developing and implementing sustainable policy for rural communities and northern regions.

The institute was hosted by the Department of Agro-food Science and Technology of the University of Bologna (UNIBO) and the University Residential Centre of Bertinoro (CEUB) in collaboration with the Department of Management, and provided a co-learning experience of international, multidisciplinary faculty, guest speakers, graduate students and professionals.

During the two weeks intensive programme, both workshops and field visits allowed the participants to explore the various issues, potentialities, and problems of the Italian rural areas, with a focus on the Emilia Romagna region. The main themes of this year's Summer Institute were Italian rural and regional policy; food systems and food networks; food waste; rural tourism; in- and off-farm renewable energy; cooperatives; social farming; diversity and migrations.

The institute, held in the cities of Québec, Montreal, and the rural town of Rimouski in the Québec province Bas-Saint-Laurente. During two weeks of intensive exchange and field trips, students learned about the development of Québec's rural policy policy and compared them to the policies of the United States and Oregon, as well as other countries represented by the attendees.

The institute, held in the towns of Ås and Sogndal, Norway, was an intensive two weeks, in which students learned about Norway’s approach to a number of issues around rural policy and compared them to the policies of the United States and Oregon, as well as the thirteen other countries represented by the attendees.

In addition to learning through presentations by professors, public servants, and delegates from a number of Norwegian organizations, students took part in field visits to several sites in Oslo and in rural Norway, and finished the institute by completing a group project.  Students worked in research groups to address issues identified by Sogn og Fjordane County, completing a comparative analysis report with suggestions for the county, which was presented to representatives from Sogn og Fjordane and local politicians.

Emily Wornell said, “We had the opportunity to work with people from around the world who are facing the same policy issues in their own countries.  Learning about the innovative solutions to similar problems enabled us to think about our country in new ways, and the professional relationships we were able to develop will be a great resource throughout our careers in public policy.”

With support from the USAID and an USDA Higher Education Mobility Grant, eight MPP students participated in the 2010 International Comparative Rural Policy Studies Field School in Oregon. Students and faculty members came from all over the world including Nepal, Spain, Norway, Poland, Mexico, Bolivia, Italy, Canada, Uzbekistan, Iran, Czech, China, Thailand, UK and Tanzania. The picture above was taken outside the OSU wave lab when students were learning about wave energy.

The international faculty and students participating came from across the world including Peru, Ecuador, Spain, Norway, Canada, China, Germany, Italy, Scotland and the U.S.With the help of "Flat Benny," MPP students and faculty spot Nessie (Loch Ness Monster) during a cruise on Loch Ness, Scotland.

With help from the MPP program, first year students Yao Yin and Steph Ogden attended the 2008 ICRPS Field School at the University of Missouri, Columbia.  Participants in the two-week conference hailed from 12 countries on 4 continents: England, Scotland, Norway, Spain, China, Mongolia, Venezuela, Peru, Ecuador, Chile, the U.S. and Canada.  The rich diversity of participants and perspectives helped us to understand the challenges faced by rural communities in the U.S. in a more global context. 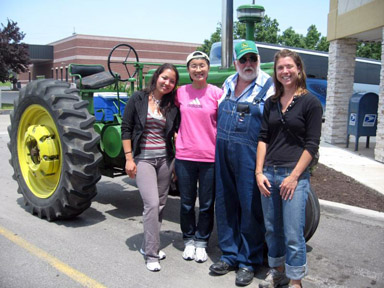 Lectures from international experts broached topics such as biofuel production, the effects of consumer trends toward organic and local agriculture, and the importance of differing definitions of “rural” across cultures and policy spheres.  Field activities included discussions with local stakeholders, regarding their respective livelihoods and took students to a family farm, a local vineyard, and the county fair.  As a final project, teams of ICRPS students conducted consulting projects for one of 5 rural communities in the Columbia vicinity, helping community members to brainstorm solutions to impending challenges such as shrinking economic livelihoods, outmigration, and educational deficit.

Participating in the ICRPS conference has helped me to better understand the complexity of the challenges addressed by rural policies in different nations.  While many of the challenges to rural communities across the globe are similar in nature, the policy objectives differ widely across regions.  While some intend to diversify rural areas or transition them to more urban ones, others are vehemently trying to protect rural values and way of life, even if doing so implies an economic cost.  Seeing this complexity first hand has helped to remind me of how many perspectives must be incorporated in order to make any policy a successful one. 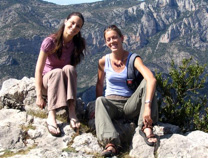 With support from OSU’s Master in Public Policy (MPP) program, Melissa Braybrooks and Emily Kearney (pictured on the right) attended the 2007 ICRPS summer course in Solsona, Spain. During the two-week course, Braybrooks and Kearney attended daily lectures from a variety of policy professionals, participated in on-site visits with local stakeholders engaged in different spheres of rural policy, and worked in internationally diverse groups to conduct a holistic development plan for a particular rural region. Each summer course is attended by new and returning students. Braybrooks, a first-year student, said that seeing presentations from second-year students was extremely beneficial. “Not only did it provide ideas of how to present and formulate my areas of interest, but the feedback session really enabled me to envision where my current framework had holes or was missing major conceptualizations of the larger picture.”

back to: Global Diversity