Last fall OSU President Ed Ray endorsed the creation of the Presidential Student Legislative Advocates (PSLA) program with the two-pronged intent of increasing student advocacy in the Oregon legislative process while providing students an opportunity to learn about, and engage in, public policy issues of concern to them.

Throughout the session, PSLA participants played a significant role in OSU’s advocacy efforts, with an emphasis on increasing funding for student programs. This included: 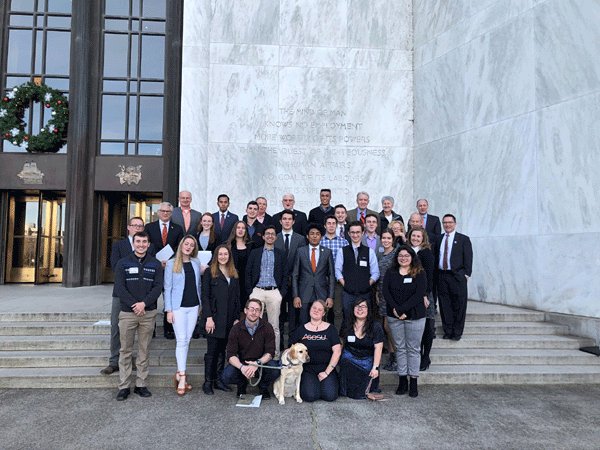 PSLA students with ASOSU and Beaver Caucus members at the Capitol.

The PSLA offered students an insider’s view of the people, organizations, and processes that characterize Oregon’s legislative process. It also carried an expectation that students would engage, on behalf of OSU and ASOSU, in the legislative process, supporting measures and actions designed to help keep tuition low, increase investments in OSU’s facilities, and further the statewide impact that OSU programs have on Oregon’s economic and social vitality.

Here are some specific achievements from the first PSLA cohort:

We are looking forward to the development of this program as it moves into its second cohort during the 2019-20 academic year.