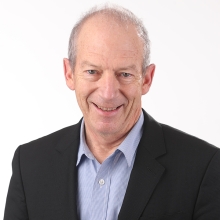 Jock Mills is the Director of the University Legislative Scholars Program and teaches part time in the Public Policy School. He began his career at OSU in 2000 as the University’s Director of Government Relations where, for 20 years, he was responsible for the development and execution of OSU’s interactions with the state legislature, the Governor's Office, state agencies, local governments, and Oregon’s educational infrastructure.

Now retired from that position, Jock devotes his time and energy to teaching, mentoring, and encouraging student involvement in Oregon’s public policy and political decision-making process.

Jock began his career in Oregon in 1983 as an analyst and committee administrator with the Oregon Legislature. His experience in Oregon includes 14 years with the Bonneville Power Administration (BPA) in Portland as a fish and wildlife and energy policy analyst, environmental policy manager, and liaison with the State of Oregon.

As a volunteer, he served 10 years on the Board of Directors of the Oregon Environmental Council, chairing the board for two years. Jock also volunteered on John Kitzhaber’s first campaign for Governor. During Kitzhaber’s second term, he took a nine-month sabbatical from BPA to serve as the Governor’s liaison to the Willamette Restoration Initiative, a public/private partnership created by the Governor to develop a comprehensive watershed restoration plan for the Willamette River.

Before moving to Oregon, Jock worked with the Education Policy Research Institute, a branch of the Educational Testing Service in Washington, D.C. He also served for three years as a legislative assistant to a New York Member of Congress. In college, he misspent a summer as a “roustabout” on a Colorado dude ranch. Born and raised in Los Alamos, New Mexico, he is an avid skier, an amateur silk-screen printer, a connoisseur of French cars, and a wistful runner (with a marathon PR of 2:57).