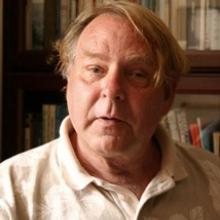 Credentials:
Ph.D in Philosophy from Stanford University
MA in Asian Studies from California State University at Long Beach
BA in Classics from the University of California, Irvine