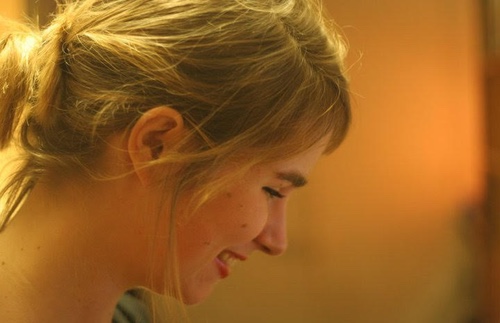 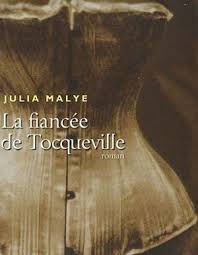 “When I chose to study creative writing in the United States, the oldest French MFA program was two years old,” Malye said. “I wanted to learn how to write from the American universities that had been teaching the craft of fiction for almost a century.

Upon graduating from OSU, Julia also received a degree from Sciences Po Paris and La Sorbonne in social sciences and modern literature, and was awarded the Prix de la Nouvelle of La Sorbonne Nouvelle for one of her short stories in 2015. She's also a Fulbright Commission's Leonora Lindsley Memorial Fellowship recipient.

“My time at OSU made me a bilingual writer, and deepened my understanding of the subtleties of the English language,” said Malye, “which in turn keeps on informing the way I approach the texts I write and translate.” 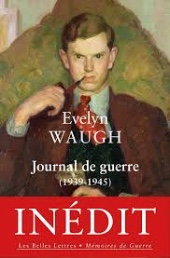 Her work in English has appeared in the Chicago Quarterly Review. As a translator for the Parisian publisher Les Belles Lettres, she translated into French David Galula's Pacification in Algeria, John Steinbeck's Bombs Away the Story of a Bomber Team and most recently, Evelyn Waugh's war diaries.

“My MFA program at OSU helped me become a stronger writer, critic, and instructor of fiction—if it hadn't been for the writing classes I taught and the fiction class curriculum I designed at OSU, I wouldn't be teaching fiction at Sciences Po in Paris today.” 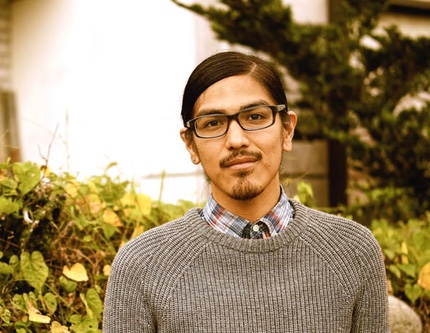 “The MFA at Oregon State University became a torch for me,” said Michael Wasson. “A torch you burn to light your way through the dark.”

Wasson was recently awarded the 2019 Ruth Lilly and Dorothy Sargent Poetry Fellowship from the Poetry Foundation, one of the most prestigious awards gifted to young poets. He's the author of Swallowed Light (Copper Canyon Press, 2021) and This American Ghost (YesYes Books, 2017). 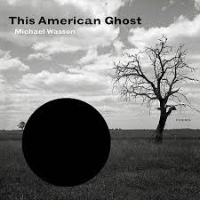 “My workshop and literature professors still lift me with advice that has echoed through the years beyond graduating,” said Wasson. “When I'm lost, they are the voices keeping me steady. I carry them as well as the words of my classmates with me into every room I enter.” 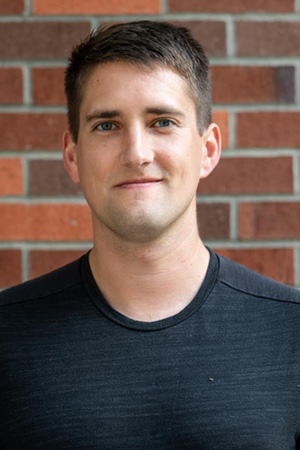 For Steven Moore, being in Oregon State University’s MFA program was all about the revision process, and how to break through the barriers of a first-draft essay.

“That’s what I came to an MFA to learn—what to do when the essay isn’t working,” Moore said. “The MFA was good at helping us get into the trouble with our writing, then helping us learn what to do about the trouble we’d gotten into.”

Through the help of his professors and colleagues, Moore found himself able to define the blockage of his narratives and then figure out how to keep the essay moving using various craft techniques he acquired from workshop.

“That practice is helpful after the program, because you don’t just learn to make an essay or a manuscript, you learn a method, or a whole series of methods, and you take them all with you.” 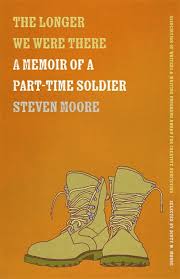 His debut book The Longer We Were There: A Memoir of a Part-Time Soldier (University of Georgia Press, 2019) received the 2018 AWP Award for Creative Nonfiction. Moore tells the story of his seven years in the Iowa Army National Guard as an infantryman, recounting his time from his enlistment at the age of seventeen, to his training throughout his college years, to his deployment on the Afghanistan-Pakistan border.

“Finishing the book was a lot like the workshop process but on a larger scale,” Moore said. “I had good feedback from the thesis defense, and I tried to put that to work. I didn’t have to fix a
hundred pages all at once. I just needed to look at each place where the project was weak and decide what to do about it.”

His other nonfiction works have appeared in The Georgia Review; Ninth Letter; Entropy; War, Literature, and the Arts; North American Review; Southeast Review; DIAGRAM; and in the anthology Why We Write: Craft Essays on Writing War (Middle West Press). He is a contributing editor at Moss: A Journal of the Pacific Northwest, and currently resides in Corvallis, OR. 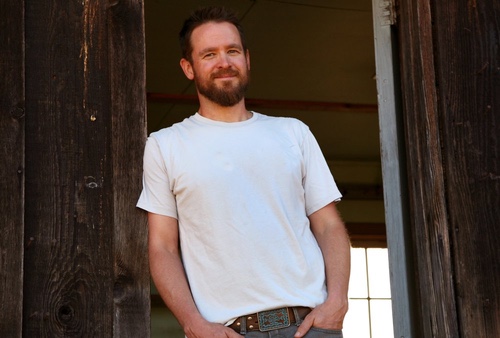 John Larison had only a few stories in his pocket upon his acceptance to OSU’s MFA Program. Through lots of hard work and with the help of faculty and colleagues, he went on to write several novels, the most recent of which, Whiskey When We’re Dry, is in development as a feature film. 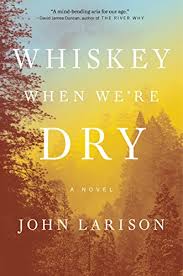 “The faculty at OSU took me under their collective wing and met my enthusiasm for improvement with an equal measure of help and guidance,” said Larison. “The way I saw it, OSU had offered me two years of funded writing time. I intended to make the most of every minute in every class; I wanted to wring every drop of wisdom from Moreland Hall.”

Larison says the workshops and craft classes he took in the program were formative.

“What I learned first at OSU was how to read as a writer. I was shown the similarities between songs and narratives, and the former helped me make sense of the latter. With practice and guidance, I came to see how sentences can be built to carry not just literal meaning but emotional meaning as well.”

His recent novel, Whiskey When We’re Dry (Viking, 2018), was named a Los Angeles Times and Seattle Times bestseller, an Indie Next Pick, a finalist for the Ken Kesey Award, and winner of the Will Rodgers Medallion. It was named as a Best Book by O Magazine, Goodreads, Entertainment Weekly, Outside Magazine, Powell's, NPR's All Things Considered, The Times (UK), and others.

John Larison will return to OSU’s MFA Program in the spring of 2020, assisting MFA candidates with professional development and publication. 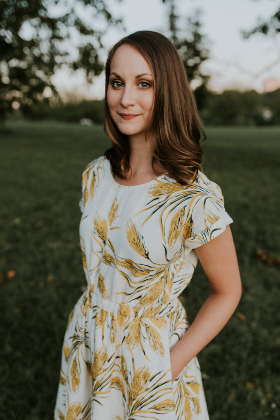 Erica Trabold has received nothing but praise for her debut collection of essays Five Plots (Seneca Review, 2018). In the book Trabold returns to her hometown and then, shifting between multiple points of view, juxtaposes the familiarity of home with its mysteries and uncertainties.

“When I moved to Oregon for grad school, I realized my apartment was full of reminders—Swedish folk art, photographs of friends and family—meant to ground me in place and memory,” said Trabold in an interview with BOMB Magazine. “When I was at my deskwriting, I looked at my walls and saw home. And every time I returned home, now as a visitor, I began to notice details I never had.” 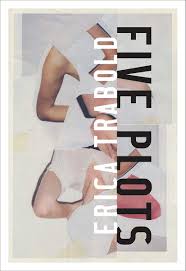 Trabold’s beautifully-executed structure and narrative arc in Five Plots have been celebrated by such luminaries of nonfiction as John D’Agata, Jenny Boully, Melissa Febos, and our very own Elena Passarello. The book has been reviewed in The Los Angeles Review of Books, The Paris Review, The Rumpus, and elsewhere.

“I’m both thrilled and terrified to be publishing a book so early in my career,” said Trabold in an interview with The Rumpus. “It’s the exact thing I’ve been working toward, and I know it will open doors I haven’t even discovered.”

Trabold’s work has appeared in Passages North, The Collagist, South Dakota Review, Essay Daily, and others. She is currently Visiting Assistant Professor at Sweet Briar College in central Virginia. 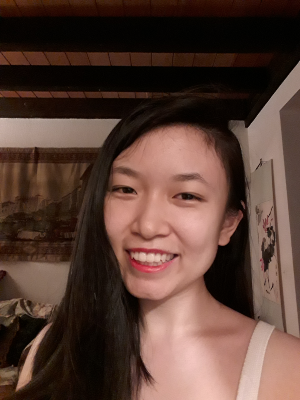 For Sheila Dong, the MFA program at Oregon State University didn’t just provide them with an education that helped sharpen their writing. The program gave them a welcoming community, creative accountability, and an internship that would contribute to their chapbook, Moon Crumbs.

“My MFA years were genuinely the best years of my life so far,” said Sheila. 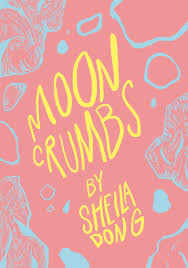 They give credit to their former thesis advisor Jen Richter, who not only was a delightful mentor to them but also the person who introduced them to the internship at The Arts Center.

“It was from the combined pool of my thesis and my Arts Center writing that I chose the poems that would become Moon Crumbs,” said Sheila. “I have the OSU MFA program to thank for its inspiration and rigor, and for the opportunities it connected me to.”

Sheila Dong grew up in Tucson, Arizona. Their poems have appeared in Rockvale Review, Old Pal Mag, and Open Minds Quarterly. When Sheila isn’t reading or writing, they can be found working retail, volunteering at the Friends of the Library, and reading poetry submissions for Random Sample Review.

Link to their chapbook can be found here: https://bunkysbooks.com/products/moon-crumbs-by-sheila-dong