What is a Verb? || Oregon State Guide to Grammar

"What Is a Verb?": Oregon State Guide to Grammar

What is a Verb - Transcript

Most people have learned that verbs are action words. That’s a category based on meaning, and usually it’s pretty helpful, but it’s not the only way to identify a verb – or even the best. There are a ton of verbs that don’t have much action in them, like “have,” or “wait,” or “remain,” or “be.” They’re still verbs. Conversely, there are a ton of other words that seem to have a lot of action in them, like, well, “action,” or “explosive,” or “trapeze performance.” They aren’t verbs. Even the word “verb” isn’t a verb.

As I mentioned in the video on nouns, we can also identify word classes by how they function – that is, the way they get modified or used in a sentence. Verbs, for example, are the only part of our language that can show tense. 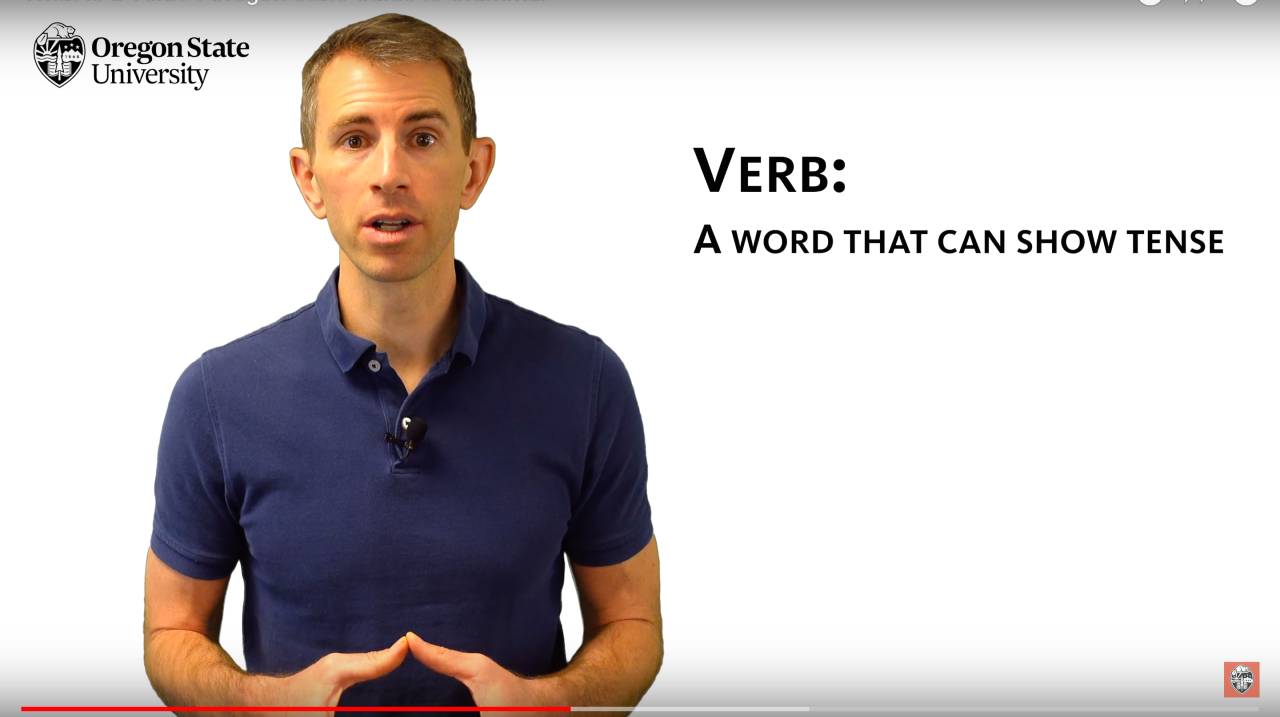 We can put them in past tense, usually by adding -ed: wait/waited. Or in present tense, often by adding -s: wait/waits. Or even in future tense by adding an auxiliary (or helper verb): will wait. You won’t find a lot of action in those examples, but because they all show tense, we know we’re working with a verb. And so a more useful definition of a verb might be any word that can show tense. This is true even for irregular verbs – the ones that show tense through other spelling changes. Have becomes “had,” not “haved.” Go becomes “went,” not “goed.” They’re still showing tense.

The fun thing about verbs is that it’s an open word class, meaning new verbs are added to our language all the time. Not that many years ago, a word like “Google” or “text” didn’t show tense. Those were nouns, and they still are. Google, the noun, is a website or web service or, originally, a number, though it was spelled differently (“googol”). Text, the noun, is writing as it exists on a page or screen. But now we use those words as verbs to describe actions, and we see it in the way we can add tense to them: I googled the definition of a verb and texted the answer to a friend. In other words, we verbed those nouns, and I just did it again with the word “verb.” 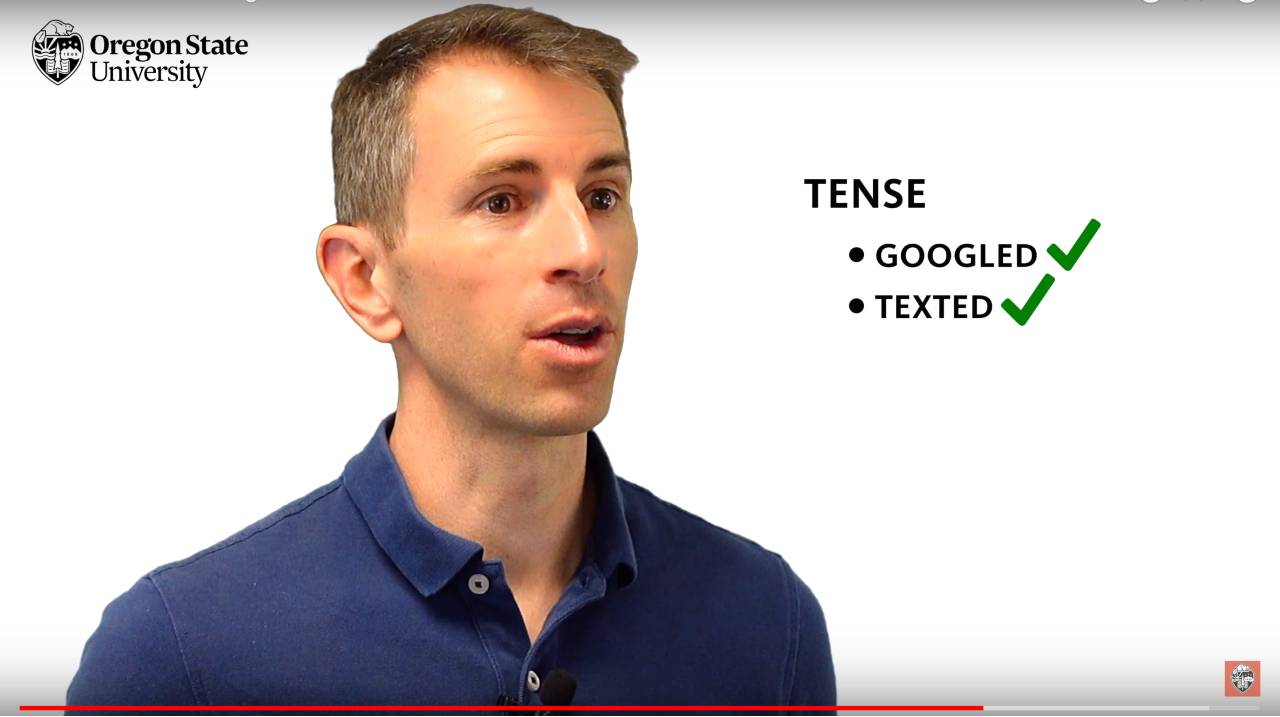 We can create some pretty vivid and provocative terms this way – I trapezed across the playground, I actioned the scene once the cameras were rolling. When we do this, those nouns do indeed become verbs, which is why the functional definition is so much more useful and accurate than the one based in meaning. Our language shifts all the time, becoming richer and more versatile, adding new meanings and leaping boundaries. But we can always find the boundaries of a verb by determining whether a word can show tense.